The story of Boohoo 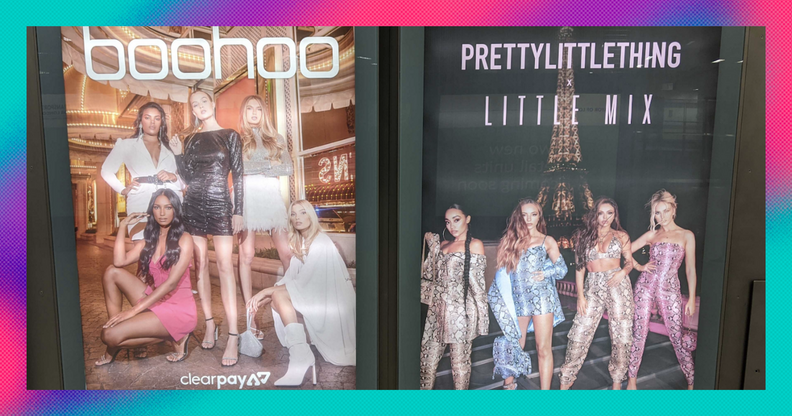 We're looking at Boohoo and at how the UK retailer grew 500% in 5 years.

If you’ve browsed the internet, watched TV or walked down a street in the UK recently, there’s a good chance you’ll have seen an advert for Boohoo.

The clothes retailer, with its annoyingly catchy name, does sell men’s garments but it caters mainly to young women and teenage girls. It’s also been very successful.

Based in Manchester, the company has sold its products to people in more than 200 countries and generated just under £857 million in revenue during the 2019 fiscal year.

It’s also cheap. Really cheap. It’s not uncommon for the site to flog dresses and bags for under five quid.

On Freetrade Boohoo shares are available in the GIA, PLUS and ISA accounts.

Readers of business news will be aware that the market for UK retailers has, with JD Sports being one notable exception, been dismal over the past few years.

Shops on the high street have had to deal with an array of ballooning expenses, particularly when it comes to renting property. But the more pressing problem has been a change in the way people shop, including competition from online retailers like Amazon.

Boohoo has managed to navigate this by only selling its clothes online, cutting out the high costs associated with operating brick and mortar stores.

Boohoo’s stock has had an impressive 12 months. (Source: Freetrade)

It isn’t the only clothes seller to do this but it was one of the first. In 2006, the year the company was founded, e-commerce was growing but it wasn’t the booming industry that it is today.

The company has also kept most of its operations in the UK. That allows it to bring clothes to market much faster than its competitors.

Boohoo was founded by Carol Kane and Mahmud Kamani thirteen years ago.

The pair had worked together for more than a decade at Pinstripe Clothing, a company based in Manchester that was set up by Kamani’s father Abdullah.

Interviews given by the pair hint at very different backgrounds.

Kamani’s father was a Gujarati immigrant from Kenya who built a textiles company when he moved to the UK with his family in the 1960s.

Kane is a self-described “proper northern lass” from “a working-class background.”

But, despite their disparate origins, the business duo work well together.

Kane is renowned for her marketing and sales skills.

Kamani, on the other hand, is thought to be a business whizz, understanding how to run supply chains and manage operations.

How did Boohoo grow?

The founders’ complementary skills have clearly helped Boohoo grow tremendously over the past 13 years.

But aside from Kane and Kamani’s abilities, as well as the online-only model the business operates, Boohoo has done several things to ensure growth.

One technique that the company has used effectively is to produce new styles of clothing in small amounts.

If they do well, the company has the supply chains in place to bring more of that product to market quickly.

If the reverse happens then the company can simply scrap the design without having wasted much money on it. This technique has also been used — with great success — by Spanish retailer Zara.

Boohoo has also grown through acquisition and the launch of new brands. That has included buying women’s clothing brands Pretty Little Things and Karen Millen, as well as launching BoohooMEN.

What about the stock price?

Unlike some family-run businesses, Boohoo decided to go public in 2014. Listing on the AIM (Alternative Investment Market), a sub-market of the London Stock Exchange, the company’s shares were initially trading at 50 pence.

Immediately after the company was listed, Kamani sold off shares worth £135 million.

Kane didn’t do badly either. The executive made £25 million from shares sold soon after the initial public offering.

And, after a recent bumper Black Friday sale, the two executives sold off more shares this December.

Kane is thought to have made £42.8 million from the sale, while her co-founder Kamani sold off shares worth just under £100 million.

It’s not just the two co-founders that have made money from the company’s decision to go public.

Early investors in the clothing company have seen their shares increase in value by more than six-fold, with Boohoo’s shares hovering at around £3 as we approach the end of 2019.

Whether or not that will continue is unclear. The founders’ decision to sell off shares could reflect a belief that the stock isn’t likely to go any higher.

And with growing competition in the direct-to-consumer space, the clothier may find it tougher to maintain such strong performances in the years ahead.