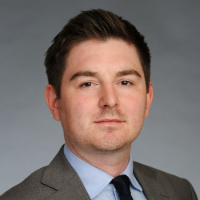 ‘Funding secured’ at last but it has to be about more than free speech.

It’s not the take-private deal Elon first had in mind a few years ago on Twitter but at least nabbing the platform for $54.20 a share lets him keep the weed in-joke alive.

The about-turn on Musk’s $44bn (£34.5bn) takeover offer from an initially reluctant Twitter board might have surprised investors, who thought the deal was dead in the water.

But no eyebrow will be raised quite as high as the former head of the social platform, Jack Dorsey.

One rule for Jack, another for Elon?

Hadn’t the board pushed for Dorsey to make his mind up between running Twitter and payment firm Block (previously Square)? That’s certainly why activist investor Elliott Management kicked up a fuss last year.

Dorsey might feel aggrieved that Elon is apparently fine to juggle Tesla and Twitter instead. Admittedly, we don’t yet know exactly how involved Musk will be and in what capacity. And Elliott might instead have been annoyed at how hands-off Dorsey had become, according to a Wall Street Journal report from October 2020.

So, while former Twitter CTO Parag Agrawal has plugged the gap since Dorsey’s departure, the board has clearly warmed to the idea of bringing in another tech titan in the form of the Tesla boss.

The thing is, split loyalties won’t come more high profile than those ahead of Elon.

Given the fairly absent synergies between Tesla and Twitter that EV fans will be looking out for, they can only lose part of Musk’s focus and gain nothing from all of this.

And if Dorsey was criticised for being hands-off, it’s reasonable to expect the board and any activists hanging around won’t want the same again. Again, Musk might not even be planning a management role for himself but the board will not be content with complete absenteeism.

And at what feels like an inflection point in the EV world, with the war in Ukraine bringing into sharp view the need to push further into renewables, Musk could be about to instead leap into the biggest vanity project the world has ever seen.

The good thing, as far as Elon’s concerned, is that it’s unlikely to get much opposition from competition authorities. There are no signs of plans to merge Twitter with other sections of Musk’s empire, something other value-obsessed investors might have tried to do.

Whatever happens, he needs to not let his interest in Twitter take his eye off the Tesla ball. That might be easier said than done, given his lack of direct experience in running a social media giant and enacting a turnaround.

It will undoubtedly take time, resources and a learning curve before he can bring in any serious plans he has in mind and, crucially, unlock any hidden value.

Turnarounds are simple but hardly ever easy

Away from grand ideas about promoting free speech, what Musk probably sees is a special situation here, in much the same way as any other value-minded investor. Get in, assess what needs to be done to get the cylinders firing and execute. That’s normally the process.

But there is also the cultural chasm between what Musk is used to and what’s ingrained at Twitter. Will his new employees buy into the plans? Have they been waiting for a new direction or will the reception be as hostile as the bid?

The task starts to get a little more complicated than adding an edit button the more you look at it.

Is the Musk Private Equity Fund USD (Acc) round the corner?

To a certain extent, there’s no point getting bogged down in the finer details right now.

Stepping back though, what Musk is doing doesn’t sound all that different from the private equity firms circling public companies on the UK market over the past few years.

But, whereas that opaque world comes with a reputation for ruthless job cuts, asset stripping and a relisting after loading up a firm with debt, Musk has a clean slate.

If he can do what he says and unlock value at the same time as increasing Twitter’s pull factor through ironing out what he sees as the platform’s creases, this could be the first of many acquisitions.

Making a success of Twitter could mean the first step on the path to becoming the ultimate tech landlord.

First things first though. If the deal goes through, Elon will have to act swiftly, engage Twitter users and employees like he has done at Tesla and keep the EV giant’s fans happy at the same time.

Grab the popcorn, this is only the beginning.