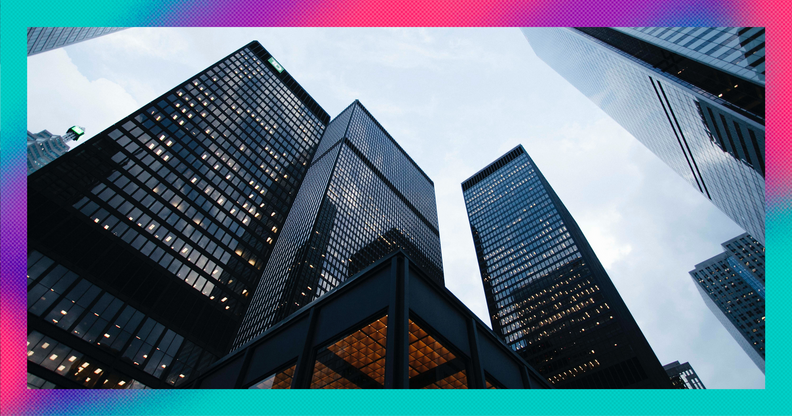 Corporate actions are fairly common events in the life of public companies. They’re actually pretty plain sailing for a shareholder/customer, but occasionally dazzlingly complex for a broker (or rather a brokerage’s ops team) to administrate.

That’s why our ops team are a bunch of hardened brokerage commandos.

What is a corporate action?

Corporate actions are actions taken by companies which bring a material change to their issued securities: stocks or bonds.

Many of these actions change the value, numerical amount or type of shares held by their investors.

As a term ‘corporate actions; covers a diverse range of events, which are enacted for very different reasons. The main uniting factor is that they all tend to have an impact on the share structure of investors’ holdings.

In other words, they’ll bring some change to what you as an investor own. And depending on the action, the stock and your priorities as an investor, that change can be largely cosmetic or fairly meaningful.

Corporate actions can be classed as mandatory, voluntary or mandatory with choice.

Interestingly (or frustratingly) though, it can be difficult to neatly fit all actions into each class. Some sort well (e.g. splits are always mandatory) but others defy easy categorisation.

Instead, we’ve organised them by a more useful metric: the ‘do I need to do anything’ standard. This isn’t an exhaustive list but it includes all of the big actions you’re likely to encounter.

A stock split is a common corporate action in which a company divides its outstanding shares into a greater number of less valuable units. For example, in a 2-for-1 split, a shareholder who owns 100 x £50 shares would have them replaced by 200 £25 shares.

This creates greater liquidity, as it becomes easier for people to buy and sell the security at smaller amounts. With fractional shares of course, this doesn’t really matter.If you can’t afford 1 share, you can buy 1/10.

A split doesn’t change the underlying value of any of the shareholders’ holdings.

A consolidation is sometimes necessary for companies to stay listed on exchanges that have minimum share price rules. Generally though, splits are more common than consolidations.

Consolidations do have one major complication not shared by splits.

Well, if your broker offers fractional shares, this isn’t much of a problem. In that 1-for-10 consolidation, one share will be replaced by 1/10 of a share. However, most brokers don’t offer this feature.

Instead, any value that can’t be distributed into new consolidated shares is cashed out to the shareholders as so-called cash fractions.

Say in a 1-for-10 split, you originally have 57 shares. You’ll get 5 shares of the new stock and your remaining 7 old shares will be converted to cash and transferred to your broker account.

Outside of the cash fraction issue, neither consolidations nor splits change the immediate underlying value or stake held by investors. However, they can impact the liquidity and perception of the stock, which has implications for the price.

TL;DR  - Stock splits and consolidations: You now have either numerically more or fewer shares but with the same total value (until the price moves)

Do I need to do anything: unless you want to vote, no

As well as being TV shorthand for ‘dynamic, stressful career’, mergers and acquisitions are Interesting corporate actions.

In a merger, two companies fuse to form a new entity to exploit potential synergies and create a more powerful business through cooperation.

Shareholders of each will receive new shares in this company corresponding to their previous holding. The amount of individual shares is up to the new company but the actual initial value of these new shares will be the same as the shareholders’ original shares.

It’s likely that news of the merger will have moved the share price of both companies by the time it happens.

Let’s take a look at how it might happen.

The two companies decide to merge (for obvious reasons) but before it happens both companies grow 10% in market value, on the news of the merger. Of course, the investors’ stakes grow in value too.

In the new merged Inkswift Paper (market cap £440B), Jim now has stock worth £1,100 and Jessica £550. Their ownership/percentage stake in this new merged mega-company will be less than in their previous investments, but the underlying value hasn’t changed — except for the bump on the merger news.

TL;DR - Mergers:  Your stock is replaced by stock of the same value in a bigger merged company

Acquisitions are slightly more complex. Investors in the acquiring company won’t usually see a big change in their shares. The biggest impact comes to shareholders in the acquisition.

These shareholders can be paid in cash, stock in the acquiring company or a combination of both. The value of that payment is based on the valuation the acquirer applies to the company. Usually, this will be at a premium to the current market price to encourage the sale.

A Styluspoint shareholder who had £80 of stock at the previous market price will now see her shares valued at £100. As the acquisition is completed, she’ll receive £100 of payment in cash, stock in Inkswift or both.

TL;DR - Acquisitions:  Your stock is replaced by cash or some stock in the acquiring company

A de-merger occurs when a subsidiary or a business unit in a company is spun off as its own independent public company. Sometimes the original company will maintain a holding in this new company, but for most intents and purposes they’re now two different bodies.

These can happen for a number of interesting reasons:

Anyway, in this scenario, a valuation is placed on the separate parts of the business, the smaller unit is spun off accordingly and shareholders will now be invested in two different newly created businesses.

For example, fictional restaurant chain Maplecrisp Pancakes decides to spin off its investment banking division (set up during a crazy period in the nineties).

Working with institutions like investment banks in a complex price discovery process, Maplecrisp determines a valuation on both parts of the business: the pancake restaurants and the bankers.

Let’s say they decided that the restaurants division is worth $9B and the investment unit $1B.

After this (plus a huge amount of administration and auditing), two new companies are legally created. All the original shareholders have their shares replaced by proportionate holding in these two new companies.

An investor who held $1,000 of stock in the old Maplecrisp will now have $900 of Maplecrisp Restaurants and $100 of the newly independent Maplecrisp Capital Partners (delivering sweet, sweet returns).

Note that a demerger is distinct from a company just selling off part of its business to private investors or funds. In this case, shareholders might benefit from the proceeds, but they won’t suddenly become owners of two different public companies.

TL;DR - Spin-offs/de-mergers :  Your old stock is divided into stock in two companies — the old and the new

Dividends are a corporate action too, albeit one where all that happens is that income pours into your shareholder account.

TL;DR - Dividends:  You just got some income from your stocks

Do I need to do anything: if you want!

A tender offer is an offer extended to all shareholders of a company to sell some or all of their shares usually at a premium to the market price.

A tender offer can be instigated by the company itself looking to buy back its own shares or by a large outside investor looking to grab a big portion (or all) of the company. In the latter case, it’s essentially a takeover method.

There are usually conditions attached to a tender offer which might mean it will only go through if a certain number of investors opt to sell.

The initial choice to sell is voluntary but depending on the conditions and the take-up of the offer, the outcome (i.e. a takeover) can be mandatory.

TL;DR - Tender offer:  Ka-ching, someone’s offering to buy your stock at a premium

Do I need to do anything: if you want!

Complexity on Freetrade’s end: major (unless you automate)

Rights issues are a classic ‘mandatory with choice’ corporate action.

Rights issues are often seen as a bit of a Morton’s Fork, an unpleasant choice between dilution and paying more cash to stay undiluted. To give a (highly negative) analogy, it’s sort of like someone stealing your shoes and then giving you a bargain price to buy them back.

It’s up to the shareholder whether or not to take up their rights. As long as the rights are in their subscription period and haven’t been exercised, you can also trade them to others for a price.

TL;DR  - Rights Issue:  Sweet, you just got a tradable options contract to buy more of a stock you own

The bottom line is as a shareholder and a customer, for most actions you can largely sit back. On the ops side, they can be devilishly complex, but that’s why we’re here to kick them into shape and keep your portfolios looking clean and serene.

So get on Netflix and enjoy some made-up vintage Affleck. Until next time, Freetraders!