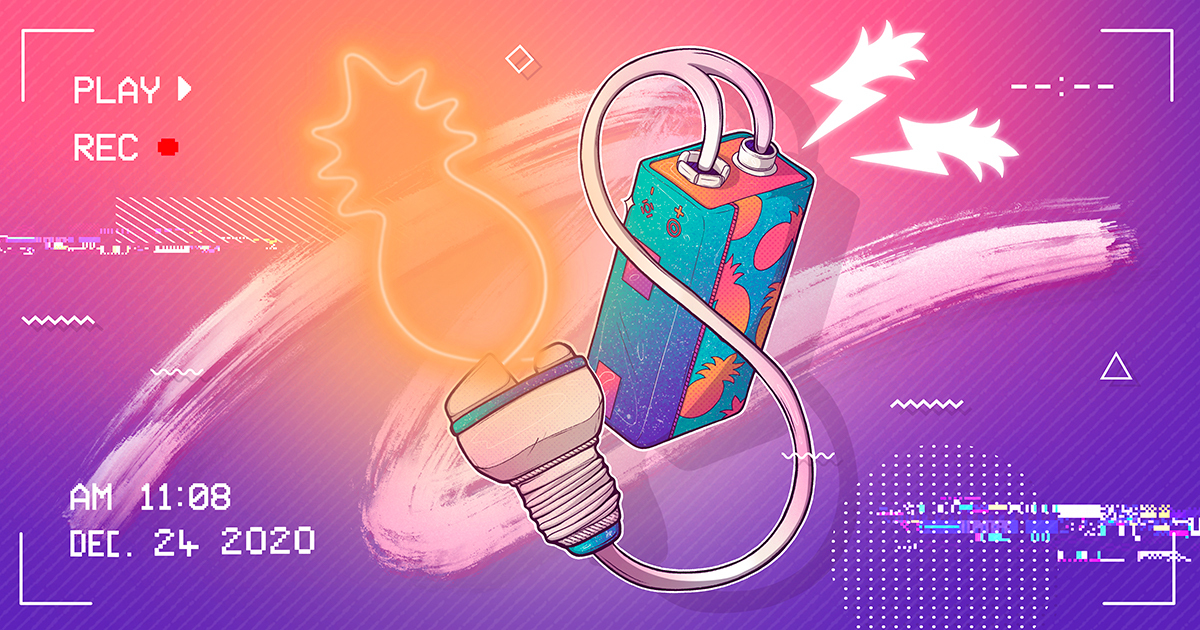 Given that we’d just been moved into lockdown and there were mince pies to eat and glasses of mulled wine to drink, you probably weren’t keeping an eye on the London Stock Exchange on Christmas Eve.

But if you were, you may have noticed a more unusual listing.

Pineapple Power became one of a small number of Special Purpose Acquisition Companies — or ‘SPACs’ — to list in the UK last year.

SPACs, which are also known as ‘blank cheque companies’, are not a new phenomenon but they’ve exploded in popularity over the past 12 months.

That’s partly because of the vast sums of cash now floating around in the economy but it’s also due to some frustrations with the traditional listing process.

What is a SPAC?

We dedicated an entire guide to explained in detail what special purpose acquisition companies are, so here we will cover more on how they compare to IPOs.

Most companies get their shares on to an exchange by holding an initial public offering (IPO).

This is a lengthy process and there are two key steps to it, at least when it comes to the movement of cash.

Investors, usually large investment banks or asset management firms, agree to buy a set number of shares in a company at a given price.

Once they’ve paid the company that money and received their shares, they are then free to take them and start selling them to other investors via an exchange.

SPACs turn this process on its head. Set up as shell companies, they have no meaningful assets or operations.

Their only goal is to hold an IPO and use the funds they raise to merge with another company. Once that merger is complete, the company they’ve acquired will be listed on an exchange in their place.

You can look at Nikola as an example of this.

The now infamous carmaker was acquired by VectoIQ Acquisition Corp, a SPAC, in March of this year.

Once that deal was complete, VectoIQ ceased to be and it became Nikola. Now the carmaker’s shares are listed on the Nasdaq.

What’s the point in doing that?

Companies want to sell shares in order to generate money. That’s the whole point of the IPO process. The same thing is true of listing via a SPAC.

When a company merges with one, they’ll be receiving a large sum of cash — in return for a chunk of their shares — which they can use to expand, invest in R&D or whatever else it is they need to do to succeed.

Probably the main reason that a firm will merge with a SPAC, as opposed to following the regular IPO route, is because of its relative simplicity.

An IPO requires a firm to do a lot of legal legwork, come up with a prospectus and sell itself to potential investors. You don’t have to do any of that stuff if you merge with a SPAC.

Another point SPAC advocates like to make is that they help save a company money due to lower fees.

IPOs are often pricey because you have to pay an underwriter, usually an investment bank, to guide you through the process.

The underwriter will help a company find investors and underwrite the IPO itself, meaning they’ll buy up any unsold shares if the offering does poorly.

In return for this, they are usually paid about 7% of the value of the IPO.

That may not sound like a lot but if you’re raising close to $1.9bn, as Playtika did earlier this month, it ends up being over $100m.

A SPAC still has to hire investment banks to help it IPO. But it doesn’t pay those fees itself. Instead it just passes them on to the firm they’re acquiring.

On top of that, the SPAC will give a huge chunk of its shares, often up to 20% of them, to its sponsor. This is generally the fund manager who has set up the SPAC.

When you add those two things together, it means that a quarter of the money in a SPAC could end up in the pockets of the fund managers and investment banks — far more than the amount an underwriter takes during an IPO.

Part of the reason SPAC fans have been able to make these claims about fees is because of a wider sense of dissatisfaction with the IPO process.

The two big problems that companies have with IPOs are the high fees which were just mentioned and the ‘pop’ you often see after a firm lists.

As we said earlier, the IPO process is two-legged.

Big investors buy shares from a company at the IPO price. They can then sell them on once they’ve at a much higher one, assuming the demand is there.

This is the reason that you read about a company having one IPO price but then see a far higher value when the stock starts trading.

For example, Airbnb shares had an IPO price of $68 but began trading on the Nasdaq exchange at $139.

Naturally this infuriates the company holding the IPO. If you’re Airbnb, you’ve probably been told that $68 is the best price you’re going to get for your shares. But then the same day you see them trading for almost double that amount.

This is also true for regular investors. It is deeply irritating to have to cough up $139 for a share if you know that the company selling it to you may have only paid $68 for it.

But like fees, SPACs don’t really solve this problem — at least for companies.

When a SPAC merges with its target company, it will transfer it cash but not shares. And that means any pop in the price of those shares as a result of the transaction won’t benefit the company.

This is not the case for investors. They can buy the SPAC shares before any acquisition is complete. So if there is a pop once the SPAC merger is done then they stand to gain from it.

But there is a huge risk here because you don’t know what you’re actually getting into. SPACs don’t say what company they’re going to buy when they list on exchange. They usually say what sector they want to invest in but sometimes they don’t even do that.

Pineapple Power, for example, has said that it wants to acquire a clean energy company. But you as an investor have no idea what firm it will be.

You could take a punt, buy shares and hope the acquisition leads to a pop in price. The risk here is obvious though. If they end up buying a dud company, you are going to be left shortchanged.

For all their shortcomings, SPACs are still another route by which a company can raise funds by selling an ownership stake their business.

And there are lots of companies out there looking to do that, even if it means paying high fees or seeing a pop in their share price.

The question is whether SPACs will be here for the long run - here is a list of all the SPAC stocks available to trade on Freetrade.

At the moment, they do seem like a bit of a fad. There is a lot of money flowing into the stock market at the moment and SPACs are a great way for people to take advantage of that.

But if companies see that they offer a less valuable route to exchanges than IPOs or other methods of listing, there’s a good chance they’ll start to steer clear of them.

Of course, if the reverse is true, and SPACs start to offer real value for money, then they’ll be here for the long run.

Either way, it doesn’t seem like the regular IPO is going anywhere anytime soon. We’ll just have to put up with those annoying stock pops until someone else figures out a way around them.

At Freetrade, we think investing should be open to everyone. It shouldn’t be complicated, and it shouldn’t cost the earth. Our investment app makes buying and selling shares simple for both beginners and experienced investors and keeps costs low. So download the app and start investing today. Choose from a general investment account, a tax-efficient stocks and shares ISA or SIPP account.