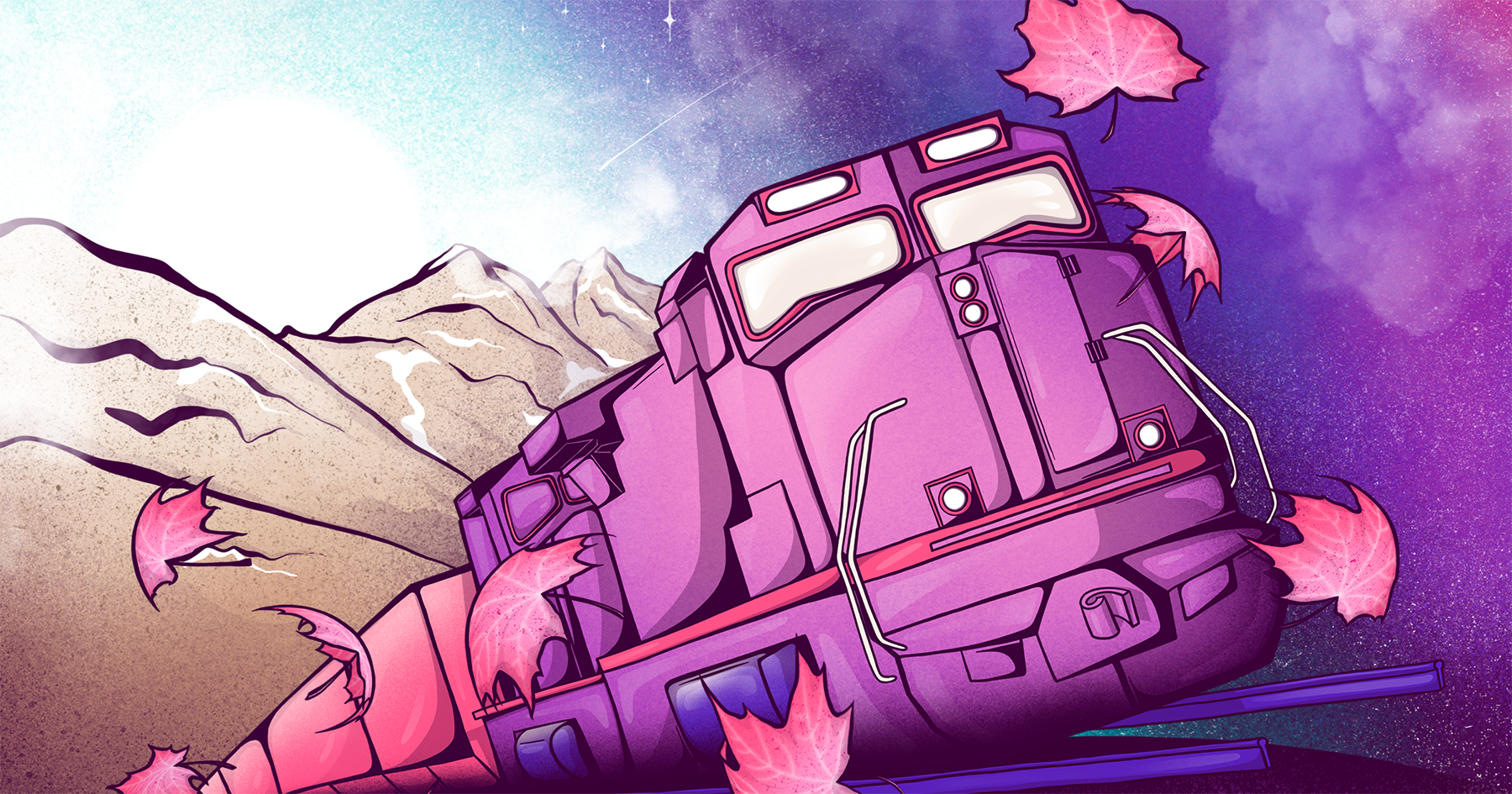 The train company operating over 24,000 miles of track.

This figure is a reminder that, even if we think of them as an old mode of transport, trains still play a major role in the functioning of our economy.

It shouldn’t be surprising then, that many freight companies are publicly traded and make a lot of money. The Canadian National Railway (CN) company, for example, generated close to £9 billion in revenue and £2.5 billion in net income during the most recent fiscal year.

CN operates across approximately 20,400 miles of track. It’s also the only transcontinental railway operating in Canada, with its trains traversing the entire width of North America, from the Atlantic Ocean in the East to the Pacific Ocean in the West.

A brief history of the Canadian National Railway

CN was founded in 1919 as a government entity.

Its purpose was to merge together several different bankrupt railway companies that had been nationalised.

The word ‘nationalisation’ often brings to mind communist dictators and dilapidated infrastructure but CN’s establishment was less the result of Leninist policies and more to do with how railways were originally built.

The first passenger railway line was built in the UK in 1825. For the rest of the 19th Century, many countries would rapidly build tracks and trains to transport goods and people.

This was often done via a blend of public and private spending. Canada’s first railway line, for example, was built in 1838 by John Molson, a brewery owner.

Many of these privately built lines would depend on huge government subsidies for their survival. Grand Trunk Railway (GTR), which built railway lines across Canada, was in operation from 1852 until 1923 but was never profitable.

Ultimately, many of these quasi-private Canadian railway companies went bankrupt during the First World War as capital dried up and their debts became more unsustainable. CN stepped into this void and took control of them — finishing with GTR in 1923.

CN would remain in public ownership for most of the 20th century. The scope of its operations are mind-boggling and it seems almost unfathomable that any western government would operate such a business today.

Apart from maintaining tracks and running trains, CN also operated a fleet of passenger and cargo ships, a radio station, an airline and a chain of hotels.

A couple of these business areas have evolved into mainstays of Canadian life and business. Trans-Canada Air Lines, which was founded in 1936, would evolve into Air Canada.

CNR Radio, which was launched in 1923, was the first radio network in the whole of North America. It was discontinued in 1933 after the Canadian government decided it needed to create a public radio network and would end up forming the backbone for the Canadian Broadcasting Corporation — the equivalent of the BBC in Canada.

CN faced criticism for its status as a publicly owned company from the moment it was founded. For example, some of the businesses from which it was formed didn’t want to be taken over by the government.

Probably the biggest problem for the company was, however, from its main competitor. Canadian Pacific Railway (CPR), which was founded in 1881, was run as a private business, though it had also received huge government subsidies to get started.

This led to questions as to why one large train company could be run privately and profitably but CN could remain unprofitable and inefficient. The setup also meant that CPR was indirectly supporting CN, its rival, because its tax payments would be going into subsidies supporting the public railway company.

Part of the problem with CN was that the companies it was formed from had gone bankrupt because they were inefficient.

This meant that CN ended up resembling Royal Mail in the UK. Part of Royal Mail’s role was (and still is) to provide equal opportunity postal services to everyone in the UK, regardless of where they lived. This is a nice idea in theory but it’s unlikely to be profitable in practice. The same is true of railway lines. Remote areas with lower economic resources don’t generate much cash.

CN began to undertake serious change in the 1970s. It sold off some of its assets, including its hotels, to private companies and others were split into separate government organisations.

The company eventually went public in 1995. Two conditions were attached to its privatisation. One was that its headquarters had to remain in Montreal. The other was that no one person or business could own more than 15 per cent of the company’s shares.

CN in the private era

CN has focused on being a freight company since going public.

In simple terms, it ships goods on trains and trucks. It also helps companies with the logistics of shipping goods.

Along the way it has made some big acquisitions. CN bought the Illinois Central Railroad in 1998 and Wisconsin Central in 2001, allowing it to expand into the US. It also formed a partnership with Kansas City Southern Railway that connected CN’s lines to Mexico.

Those deals mean that CN now has a railway network that spans the whole of Canada, from the Atlantic to the Pacific, and stretches down to the Gulf of Mexico on the coast of Louisiana and Mississippi.

Microsoft founder Bill Gates is the company’s largest single shareholder. Gates has been buying CN shares via his wealth management company, Cascade Investment, since 2006. Cascade bought more shares in CN as recently as August 2019, leading it to have a 13.94 per cent share in the firm.

Like most firms, CN has been badly affected by COVID-19. Lower demand for oil and other goods has seen business slip and the company had to furlough 3,500 members of staff.

Despite this, the firm’s share price has almost recovered to pre-crisis highs. Having lost about 27 per cent of their value in March, the company’s shares are now trading 6 per cent lower than they were prior to the crash.

By way of comparison, an index of US and Canadian companies is trading at 13 per cent below pre-crash levels. How sustainable all of this is and whether it actually reflects CN’s performance is another question.