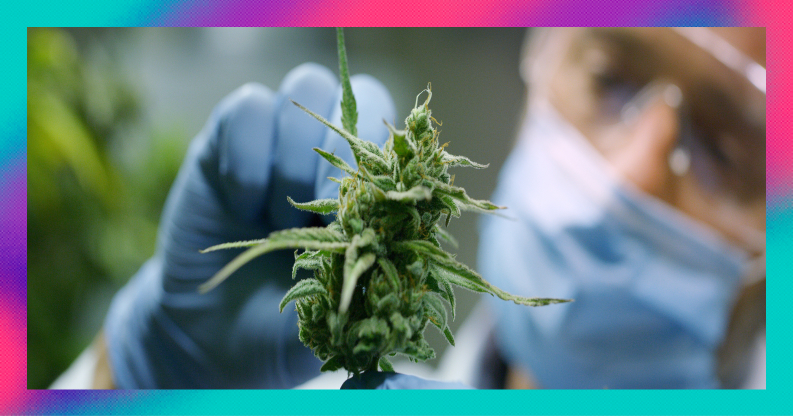 It may pay to wait before buying shares in London-listed cannabis companies.

Way back in the year 2020, lots of people in the financial markets started to get excited about cannabis companies.

The cause of their exuberance was Joe Biden’s victory in the US presidential election.

Biden’s success, along with other votes to ease restrictions on cannabis, looked like it might usher in a new era of money-making opportunities for companies dealing in the infamous plant.

That hasn’t quite materialised, at least not yet. But even before Biden won there were still plenty of businesses in North America, notably Tilray and Aurora, making money from pot.

Across the Atlantic in the UK it’s been quite a different story.

Unlike the US, where medical cannabis has become widespread or even legalised for recreational purposes in a growing number of states, the UK still has tight restrictions on its use.

Medical cannabis was only approved at the end of 2018 and recreational use remains prohibited.

Medical cannabis companies only got clarification on listing rules in September of last year.

Those changes, slow to come though they may have been, mean we’re starting to see a nascent market emerge for cannabis companies on the London Stock Exchange.

Cannabis-focused thematic ETFs have also listed on the exchange, notably from Han ETF and Rize.

Probably the two most prominent company listings have been Kanabo and Cellular Goods.

Tel Aviv-based Kanabo is a medical cannabis company which plans on selling products in both the over-the-counter and prescription markets.

The firm has made some headlines in the past couple of months after it acquired Materia, a Europe-focused processor and distributor of medical cannabis. It also acquired a stake in Greek cannabis producer Hellenic Dynamics in May.

Kanabo’s goal appears to be for its Israeli outfit to research and develop products and then use Materia and Hellenic Dynamics to actually make and ship them.

Cellular Goods is a slightly different business as it seems to be focusing solely on the high-end over-the-counter market. Its prospective products include skincare treatments and a CBD spray.

Should you invest in Kanabo and Cellular Goods?

Both Kanabo and Cellular Goods are early stage companies.

Kanabo has released a CBD vaping product and launched its first medical cannabis product in the UK last month.

Cellular Goods is yet to start selling its products but recently said it would release its skincare and ingestible goods in mid-December.

That makes it hard to tip either company as a good investment. We don’t have enough financial data to say what sort of returns they can generate for investors.

For instance, Kanabo’s 2020 financial report shows no revenue from sales but £156,000 of operating expenses.

That’s not a problem given the firm was still in the process of developing its products and preparing to list but it means there isn’t any information as to how successful those products will be and what revenues they’ll generate.

It’s a similar story with Cellular Goods. The company hasn’t started selling anything so we can’t say how well it will do financially when it does.

Having said this, we shouldn’t forget these are two quite different companies and Kanabo is arguably in a more lucrative position than Cellular Goods.

The reason for that is the medical cannabis market has a much wider moat around it than the over-the-counter one.

Restrictive regulations mean firms have to jump through a lot of hoops before they can start selling products for prescription use. That means there are very few companies in Europe which are able to sell medical cannabis products.

By contrast, Cellular Goods is in an already crowded market. Walk over to your local Holland & Barrett and you can already find a range of CBD products on sale.

That’s not to say the company won’t do well. The firm seems more focused on premium products, as opposed to some of the ragtag brands which are currently in stores.

But it will still have to prove itself and compete with those companies for market share.

Wait before you buy

Famous value investor Benjamin Graham once wrote that it’s often wiser to skip an IPO and wait until a company has proven itself than to buy as soon as it lists.

His point was that you stand to lose a lot of money from an unproven company but can still generate very strong returns once it’s shown it can actually make some money.

It’s a cliched example but you could have waited a decade after Amazon’s IPO for the firm to start turning a regular profit, invested, and made very strong returns.

This seems to apply to many of the cannabis companies listing in the UK. Getting in now might end up being a good decision.

But waiting until these firms show they can make regular profits is unlikely to mean you miss out on all future gains.

That means the best course of action for now may be to have a few puffs on Kanabo’s Relax CBD formula and chill out for a while. There’s no reason to rush into things, even if a particular sector does look likely to do well in the long-run.