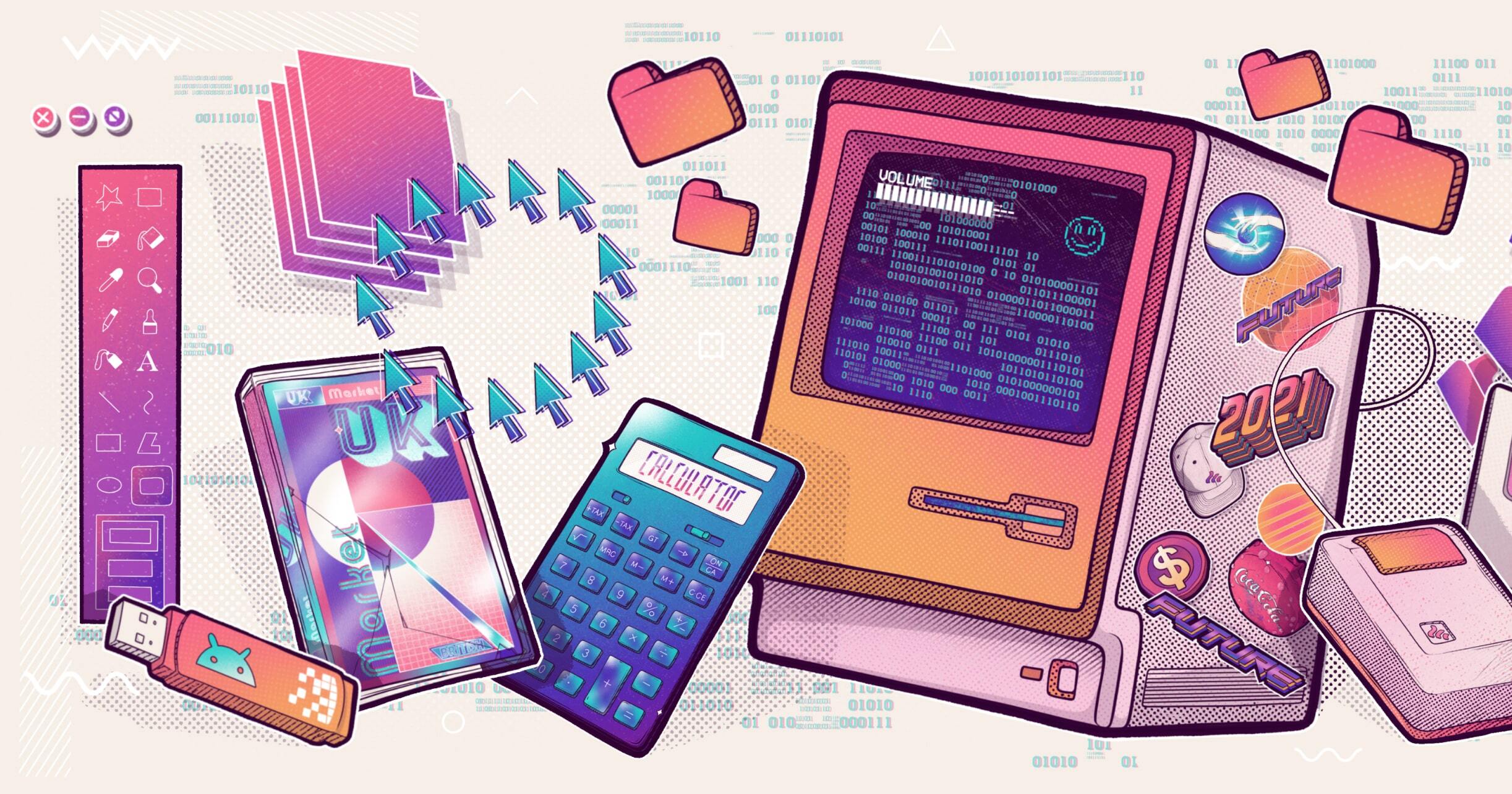 Trying to take advantage of one-off events can mean you’re in for a bumpy ride.

The name was taken from Canadian computer programmer Peter de Jager, who was one of the more notable figures warning people about the Y2K bug.

Made up of 18 stocks, it was supposed to track the performance of companies which looked likely to gain from spending on the bug.

On the eve of the new millennium the index had risen almost 150% in value.

That was alongside a brain melting $600bn that government agencies and companies are thought to have spent on the problem.

If that all sounds completely bizarre then, yea, it is. Today, Y2K is synonymous with conspiracy theories and tin foil hats. But it was a genuine problem.

When computer programmers first began encoding dates into bits of software in the last century, they used two digits for the years, not four, to save on memory. A 1990 date, for instance, would appear as ‘90’.

This is one of those events that chaos theorists love. You know, the butterfly flapping its wings in China and causing a tidal wave in Micronesia five years later type of thing. Except in this case it was some nerds putting two digits into a computer and then everyone thinking civilisation would collapse.

And that’s really not an overstatement. People were predicting planes falling out of the sky, electrical blackouts, and total societal breakdown.

Such prognosticating was not limited to pirate radio conspiracy theorists. Ed Yardeni, then Deutsche Bank’s chief economist, said Y2K would cause a massive global recession. Bill Clinton even signed a Y2K bill into law and set up a ‘Council on Year 2000 Conversion’ to guard against any risks the bug posed.

To be fair, their fears weren’t totally unwarranted. For instance, as far back as the 1980s, traders in the fixed income markets had come across problems with bonds that had post-2000 expiry dates.

There were also stories of people having their credit cards declined because the machines reading them assumed a ‘00’ expiry date meant 1900.

The money’s got to go somewhere

But in the end, not very much happened as the world entered the year 2000. This author remembers setting off fireworks in the garden and feeling pretty cool that he was able to stay up past midnight.

All that spending had to go somewhere though. de Jager seems to have made millions (genuinely) from giving talks on the subject, slowly bumping up his prices from $4,000 a pop to $7,500 as 2000 approached.

You would think the companies in de Jager’s eponymous stock index would fare even better, given they were supposed to have the power to fix the bug and not just give lectures about it.

The massive gains the index saw also give the impression that this was a group of companies hitting the Y2K jackpot. Digging into some old reports tells rather a different story though.

For instance, Electronic Data Systems, which was acquired by HP in 2009, describes the Y2K consulting services it provided in several of its financial reports from the late 1990s. What it fails to do is say how much money they actually contributed to overall revenues.

What’s actually more common in these reports is to find revenue declines attributed to the Y2K problem and discussions of how much it will cost the businesses to fix their own systems.

PeopleSoft, a tech firm that was acquired by Cisco in 2005, says in its 1999 accounts that Y2K projects may have led to a 30% drop in revenue, as clients were too busy updating their tech systems to use PeopleSoft products. The firm also said it was spending $4m to make sure its own systems were ready for 2000.

You could be forgiven for having read this far and wondered why on earth we’re talking about an amusing but largely forgotten anecdote from our recent technological past.

Well, as much as we love writing about weird stuff like Y2K, there are some parallels today with Covid. The pandemic has hit a lot of people hard but clearly some companies are benefiting from it.

All that testing, tracking, and medical equipment doesn’t come cheap. Cumulatively the UK government has awarded close to £38bn in contracts to private companies.

For investors, the response has often been to try and pick up shares in any business that seemed likely to benefit from the pandemic.

Video conferencing company Zoom was an obvious bet and its share price remains far above the levels it was trading at prior to lockdowns and social distancing.

A similar thing happened to diagnostics firms like Novacyt, although shares in the group have fallen substantially in the year to date.

Another method was to try and pick firms that might have a more indirect spike in revenues because of pandemic side effects.

Domino’s Pizza and most of the UK supermarkets saw price increases after the market crashed in early 2020, probably because people assumed they stood to benefit from lockdown restrictions.

The odds are some people have made a load of money from taking advantage of these sorts of price movements and there are likely lots of others that lost money by buying when the opportunity had already gone.

Whatever the case, there are a few lessons to be learned from this type of short-term buying.

As the Y2K firms show, it may look like a company is going to benefit from an event but then it just doesn’t happen.

On top of that, the same event you’re trying to take advantage of may hit the firm you’re buying into just as it will others. All of this makes buying a risky business.

Morrison’s provides a great example of this. Given the insane rush to buy loo roll and dry foods when the pandemic started, combined with restaurants being forced to close, you’d have thought the supermarket was well-placed to make more money over the past 18 months.

The reality was slightly different. Sales barely increased because growth in some areas was matched by sharp falls in others.

At the same time, putting in safety equipment and other measures to make stores and staff safe cost the firm £290m. The result was profits in 2020 dropped by over 70% compared to 2019.

Another problem is, even if you accurately predict a firm’s success, it doesn’t necessarily translate into long-term growth.

A firm might make loads of money off the back of an event like Covid or Y2K but then have no ability to take advantage of that once it's over.

This is obviously fantastic for the company but then what happens if the demand for Covid testing disappears?

The group now has close to £100m in cash on its books. It could use that to expand and develop new products but it’s very hard to say how successful those efforts will be.

One way of determining that is to simply look at what a company is saying and judge whether or not its plans sound convincing. You can also look at its past attempts at investing in itself.

For instance, tech firm Softcat saw a bump in sales during the pandemic but it has a good prior record of reinvesting its profits to make more money. So much so that revenue at the group has almost doubled in the past five years.

History isn’t guaranteed to repeat itself but things like this are a more positive sign than having holdings in a firm which was rubbish before the pandemic at using its money wisely or which has no experience at doing so.

Ultimately buying shares in a business for a one-off event is a high risk move. It can result in a quick buck if you get things right but you can also end up holding on to bad shares with poor long-term prospects.

If you have invested on that basis, you need to think about whether the company you’ve bought shares in actually has those long-term prospects. Otherwise your portfolio may leave you feeling a bit like you’ve got a new year hangover.