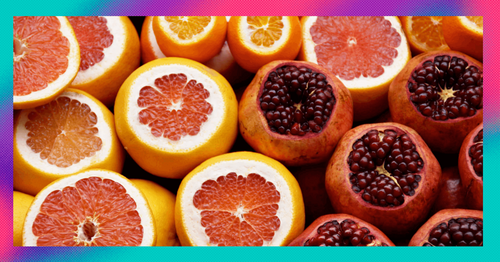 At the end of 2019, the Trump administration announced a set of tariffs to be imposed on a range of French products, including cheese, clothing and champagne. 🧀 👕 🍾

The measures were made in response to a new ‘digital tax’ that the French government introduced in July. Stocks in the UK dipped in price after the tariffs were announced, though analysts expect them to bounce back on Tuesday.

What is a tariff?

If you read the above and were left scratching your head, don’t worry — we’ll explain it all.

A tariff is a tax that a government or group of governments apply to goods being imported into one or several countries.

For example, the European Union applies a 16% tariff on oranges that are imported into EU countries from non-EU countries.

To put that in simpler terms, if I import a box of oranges from Egypt into the EU that are worth £100, I will have to pay a £16 tax.

That increase in costs is generally passed on to consumers, like you and me, who will then have to pay more for those oranges.

Why do governments impose tariffs?

Take the EU’s tariff on oranges. Previously, the tariff was set at 3.2%. This was low enough that orange farmers in South Africa were able to import their fruit into the EU and sell it at a lower price than local growers.

This annoyed orange farmers in Spain, who saw that they were selling less fruit because people were buying the cheaper South African oranges.

To stop it from happening, they went to the EU in 2016 and asked the political body to increase tariffs on oranges.

The EU agreed to do so and the price of South African oranges went up. That meant it became cheaper to buy the Spanish oranges.

What is digital tax?

The digital tax is a new form of taxation that several governments hope to apply to large tech companies such as Facebook and Google.

Advocates for the new tax argue it’s necessary because tech companies are able to pay only a tiny percentage of their revenue to local governments.

Tech giants have also been accused of shifting profits to companies, which they also own, in countries with lower taxes. This enables them to pay less money as tax.

Why would someone oppose digital tax?!

Opponents of the digital tax have argued that its advocates are disingenuous.

Facebook, for example, may have made £1.6 billion in the UK over the course of 2018 but that was its total revenue — or in simple terms, all of the money it made before paying for staff, offices and other expenses.

Once it had paid all of those expenses, the tech company was left with £96.7 million in profit.

The £28.46 million the company paid in tax was then subtracted from that amount — leaving the taxman with around 30% of Facebook’s UK profits and the tech firm with a total profit of £68.1 million.

What do tariffs mean for me?

If you buy stocks with a broker that charges a large commission fee, it makes your purchase more expensive. Having no commission will make your stock cheaper to buy.

The point here is that, ultimately, tariffs will usually result in you paying higher prices for goods.

If you look again at the oranges and EU example, you’ll see that the tariff forced South African producers to pay a higher tax on their imports.

The higher tax meant they had to put up their prices for customers.

That was good for the Spanish orange growers as it made their prices comparatively lower and more attractive to people like you and me.

For investors, buying shares in companies that are supported by tariffs is a risky game.

US steel companies, for instance, saw their price surge this week after Donald Trump announced tariffs on imports of steel from Brazil and Argentina.

Just remember — tariffs are effectively an artificial means by which to keep the price of imported products higher than they would otherwise be.

So if Trump’s notoriously volatile administration removes those steel tariffs tomorrow, all the advantages that US companies gained from them would disappear.

And the digital tax…?

This is a hard one!

The merits of the digital tax are really still up for debate.

If companies are earning a lot of money from customers and creating a lot of their value in a specific country, we think it makes sense that they should pay a fair amount of tax in that country.

On the other hand, the digital taxes being put into law in France, Italy and Turkey will tax companies’ revenues — not their earnings after expenses.

That could massively increase tech firms’ tax bills and make it trickier for them to do business.

Were that to happen then it could weigh down those companies’ stock prices.

Still, no one knows exactly what’s going to happen. We’ll just have to wait and see. 🤔

How to buy US shares in the UK