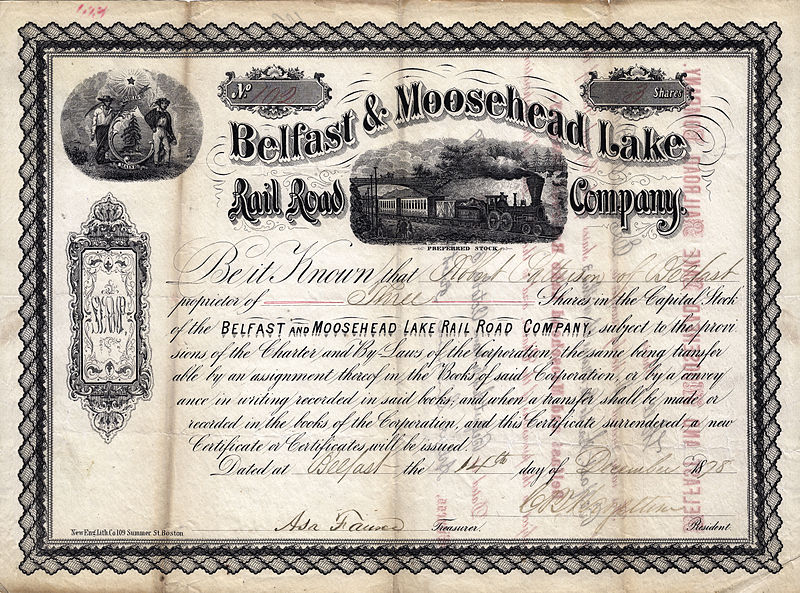 Stocks are probably the first assets to come to mind when we talk about investment. And as with many familiar subjects, it’s easy to sort of know what they are, without having a really exact definition in mind. So here goes.

Stock, or equity, is an ownership stake in a company. Shares are the discrete units of ownership you buy. Equities are another term for publicly listed stocks.

The term ‘publicly listed’ refers to stocks that trade on an exchange open to the general public, like the London Stock Exchange, NYSE or AIM.

Companies first list their shares to trade when they ‘go public’ in an IPO — an initial public offering. These are huge corporate events and big business for the investment banks that manage and underwrite them.

In an IPO, the current private owners aren’t necessarily selling their shares — in fact, often they legally can’t for some time. The company is divided up into public shares: the private owners have their stakes replaced by some of these public shares and the rest are owned by the company itself. The company then puts the latter shares on the market, listing on a public stock exchange and raising money from the investors who buy them.

The IPO is the main chance a company has to raise capital from public investors. Afterwards, the shares it offered will trade between investors without further money going to the company.

Companies can choose to create and issue more shares to the public to raise further capital (a subsequent offering), but this dilutes the amount of the company each individual share represents and can impact the share price.

When big shareholders (such as founders) decide to sell large amounts of their shares, this is sometimes termed a secondary offering. It increases the number of circulating shares but doesn’t create any new ones, so there’s no further stock dilution.

What you get with your share(s)

When you buy shares, you’re not just speculating on the prices going up or down. You’re an owner of the company, with all the privileges that entails.

With most shares, each one you hold gives you voting power at shareholder meetings. You can vote in elections to the company’s board of directors, on takeovers and big strategic changes to the company. Sometimes you can vote on executive pay. After all, it’s your company (partly).

If/when the board decides to distribute profits (rather than reinvesting them back into the company), you receive a share proportionate to how much you own. You’ll also receive dividends if you invest in a mutual fund or ETF that holds dividend-paying stock.

Some stocks also come with added benefits beyond. Owning 100 or more shares of Ford grants you access to a discount pricing plan. Wrigley’s used to send out packs of gum with their shareholder reports, which is either a cute perk or kind of insulting.

You may not be a software engineer, a diamond miner or a farmer, but through stock ownership you can take a stake in those industries. You may not be the CEO of Apple, but you can be one billionth of his boss for around $800.

Those are the essential qualities of public stocks. There are (of course) more complex topics we’ll cover — valuation, market mechanisms — in the coming weeks.

You could stop reading here, but for the truly committed, here’s a brief history of the emergence of stocks.

The birth of public stocks lies in the creation of joint stock companies.

The closest ancestors of modern public corporations were the various companies set up to exploit colonisation and trade expansion in Asia and the Americas. In 1602, the VOC — or Dutch East India company — was the first company formally listed on a public exchange.

Participation in public stock rose steadily through the 17th century, as incomes rose and the middle classes of Europe grew and prospered.

Like many other economic innovations, the exciting proliferation of stock ownership saw the equally exciting arrival of a massive, dangerous asset bubble. In 1711–1720, speculative fever for the shares of the South Sea Company saw many ruined. The Company had a legal monopoly on British trade in South America, but with Spain largely in control of the continent, that trade didn’t exist. It was like being appointed Head of Innovation — sounds important, nothing to do.

Instead, the company’s main activity was buying up and consolidating government debt — a complex financial scheme rife with insider trading, bribery and rumour-mongering.

Nonetheless the allure of imaginary trade riches kept the share price rising, going from £100 to £1000 in the course of the final year.

Dozens of similarly named, sometimes barely existent companies were started to cash in on the speculative mania. Quite brilliantly, one described its business mission as: “a company for carrying out an undertaking of great advantage, but nobody to know what it is.” Comparisons to cryptocurrencies are at the reader’s discretion.

In the inevitable price collapse, thousands of people were ruined and suicides became a daily occurrence. Almost simultaneously, France had its own extremely similar bubble, centred around the Mississippi Company.

After the chaos, the creation of joint stock companies was heavily restricted in the UK for over 100 years. In 1844 at the height of the industrial revolution, the process was liberalised, connecting investors to new industrial companies.

Swiftly proving that people never change, these new investors promptly created a bubble in railway stocks. However, unlike the South Sea company, this bubble also had tangible results: a remarkably advanced rail infrastructure. This pattern of painful innovation would be repeated in future bubbles — from investment trusts in the 1920s to the internet in 2000.

Over the 19th century, joint stock companies (or corporations) and public stock ownership became more and more common, until today’s economy which is dominated by public corporations. In 1901, US Steel became the first billion dollar corporation — now, top tech firms are pushing to hit $1 trillion.