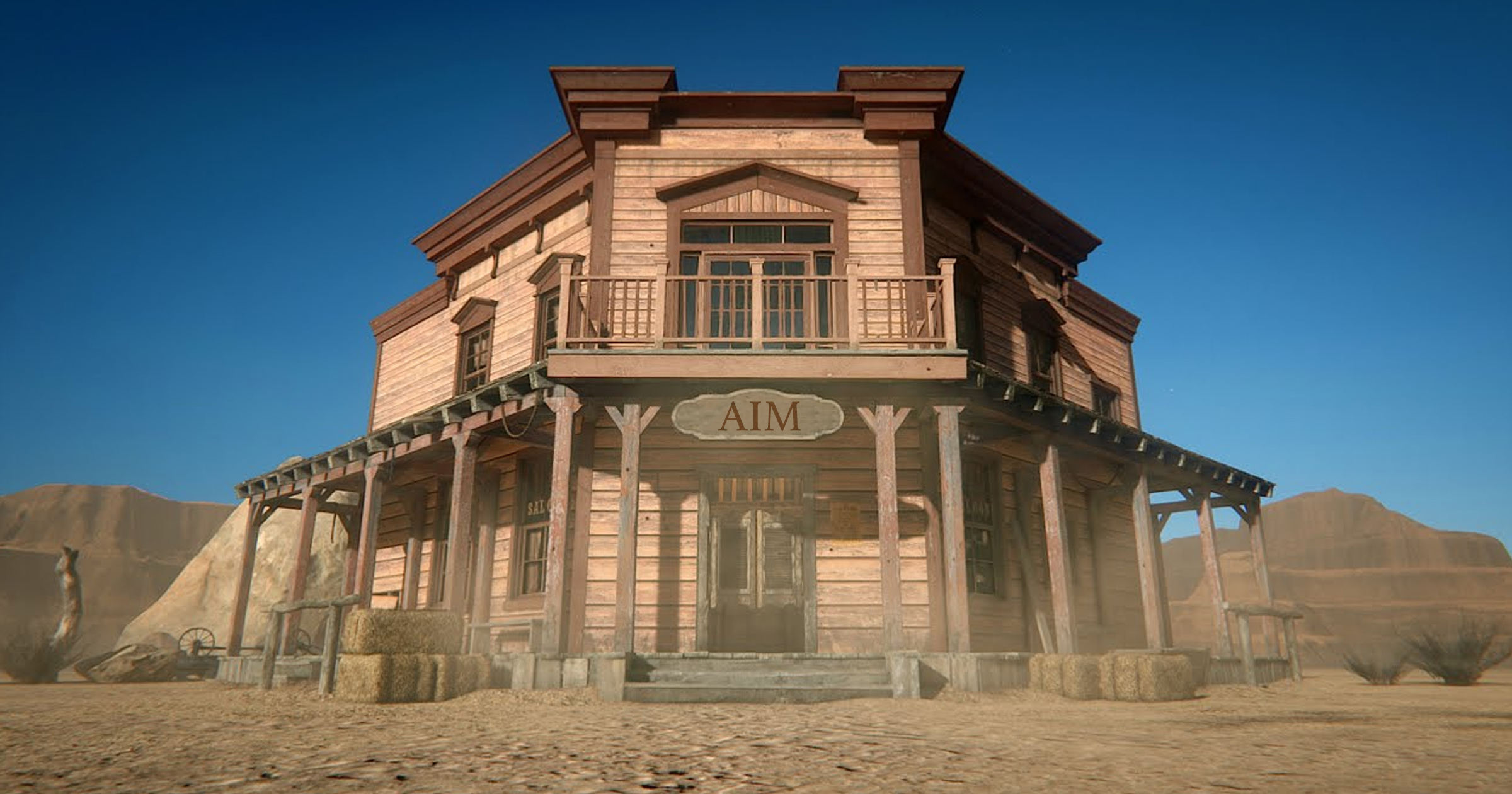 When we think of a firm going public, we tend to imagine big, established firms raising a lot of cash.

Insurance company Lemonade is a good example of this. When it held its initial public offering (IPO) last month, it managed to sell 11 million shares, valuing the business at $3.93 billion.

But the IPO market isn’t just for fancy tech firms. There’s room for small players looking to raise capital too. The Alternative Investment Market (AIM) is the UK’s go-to exchange for these businesses.

AIM is operated by the London Stock Exchange but it is separate from its Main Market. The Main Market is where most big-name companies, like BP or Barclays, are listed.

There are different ways of joining it but they all require adherence to a set of rules that larger firms are more likely to be able to meet. This could include getting sponsors, showing three years of trading history or being required to list shares of a minimum value.

AIM is very different to this.

To join the market, you have to meet a much smaller number of requirements, the main ones being appointing a nominated advisor — or ‘NOMAD’ — and publishing accounts twice a year.

This lower barrier for entry makes AIM more attractive to smaller firms that may not have the resources necessary to join the Main Market, but which also require access to capital.

AIM has traditionally been used by smaller companies that are at an early stage of their development, though other businesses may want to join the exchange because the listing requirements allow for more flexibility when listing shares.

As many of the firms listed on the exchange are at an early stage of their development, with less track record of earnings, AIM stocks tend to carry a higher level of risk with them.

It can be easy to overlook that some companies fail, but it is always worth bearing in mind that statistically lots do, especially early stage businesses.

Firms like Facebook, Apple and Amazon dominate the headlines because they’ve done so well, but of course not every young firm turns out like them. At one point, they were considered very risky businesses too — if Facebook had never made it out of Mark Zuckerberg’s Harvard dorm room then you’d probably never have heard of it.

As they tend to have a higher level of risk, investing in AIM stocks can carry with them both the potential for big gains and losses.

This tends to put off many institutional investors, who, being beholden to their own investors, tend to be more risk averse.

It also means it attracts a larger number of retail investors — people like you and me — who are more willing to take on those risks.

That doesn’t mean there are no mainstream investment companies buying stocks on the exchange, there are just a smaller proportion of them.

Retail investors hold approximately 13.5 per cent of shares listed on the LSE’s Main Market. For AIM, the figure is 25 per cent.

Buying AIM-listed stocks can be quite different from investing in big name stocks listed on the LSE’s Main Market.

The higher risk that the stocks carry and the fewer investors means that they are generally less liquid than Main Market firms. Or, in non-lingo terms, there are fewer people and companies buying and selling AIM shares, making it harder to convert them into cash.

This, combined with the higher risk the stocks carry, means that market makers — the companies that buy and sell stocks on an exchange — will offer wider spreads on AIM shares.

The spread is the gap between the price at which a market maker is willing to buy and sell shares. Market makers make money by buying shares at a lower price and selling them at a higher one.

When there is a smaller and less consistent amount of buying and selling activity, a market maker will typically widen the spread they offer. This is to lower the risk that they’ll get caught with a bunch of money-losing shares and also to help them make more cash when dealing in them.

As a consequence, investors buying or selling some AIM shares can end up getting a price that was worse than the one they wanted.

It’s worth noting here that this is not the case for all firms on the exchange.

Some stocks on AIM can be very liquid and so are much less likely to be subject to the sorts of pricing pressures mentioned above.


Who is listed on AIM?

The more liquid stocks on AIM also tend to be the ones that are more famous and successful.

The exchange may be for smaller firms but some of those companies do end up growing massively.

Boohoo is probably the best example of this.

The clothing company is currently the most valuable firm on AIM. It’s also a good example of the massive returns successful companies on the exchange can bring to investors.

Despite a recent scandal over conditions in its factories, the firm has still seen its shares increase in value by 910 per cent over the past five years. Although, as you can see on the graph, its shares have been very volatile during that time, reflecting the risk it still carries.

Fever-Tree is also listed on AIM, with its shares currently trading at £21. The drinks maker had an IPO price of £1.34.

ASOS, a fashion retailer, is another popular firm on the exchange. It had an IPO price of £0.20 but is currently trading at £50 per share.

Some companies do also make the move from AIM to the LSE’s Main Market.

Probably the most famous example of this was the Domino’s Pizza Group, which owns the franchising rights for the takeaway chain’s UK operations.

Perhaps as a result of the less onerous requirements to join, AIM has attracted a reputation in some circles as a place for less scrupulous businesses.

Probably the most infamous firm to join the ranks of AIM was Langbar International.

The company, which was originally called Crown Corporation, debuted on the exchange in 2003, with shares priced at £0.10.

It purported to be an investment fund for several wealthy families in South America and said that it would be buying underperforming businesses, with the goal of turning them around and selling them.

These claims were backed up by documents that showed the firm had $633 million deposited with Banco de Brasil. The firm later claimed that it had contracts with waste management businesses in Argentina that were worth hundreds of millions of dollars.

All of these things turned out to be fake. The deposit with Banco de Brasil simply didn’t exist and the waste management contracts were bogus.

By the time this was exposed, investors had lost approximately £100 million.

In a more recent example, AIM-listed Lekoil said in January 202 that it had been conned out of $600,000 by fraudsters pretending to represent the Qatari sovereign wealth fund.

AIM’s main purpose has always been to provide early stage companies with access to capital.

The potential problem for the exchange is that the fundraising landscape has changed drastically in the past decade.

In the UK, crowdfunding, government-back investment schemes and private capital in the venture capital industry all mean that early-stage companies have different options for raising money.

The result of this has been a decline in the number of firms listing on the exchange. In 2019, the number of companies holding an IPO on AIM was almost 20 per cent lower than it was a decade earlier.

That doesn’t mean that AIM is going to become surplus to requirements.

Instead, it seems as though firms are now listing on the exchange later than they would have done in the past.

This could mean that investors are more willing to invest in AIM firms or that companies are coming to the exchange further down the fundraising cycle, meaning they want more cash. It may also be a combination of both.

Whatever the case, AIM looks here to stay — even if it’s purpose is slightly different.

When we think of a firm going public, we tend to imagine big, established firms raising a lot of cash.

Insurance company Lemonade is a good example of this. When it held its initial public offering (IPO) last month, it managed to sell 11 million shares, valuing the business at $3.93 billion.

But the IPO market isn’t just for fancy tech firms. There’s room for small players looking to raise capital too. The Alternative Investment Market (AIM) is the UK’s go-to exchange for these businesses.

You're all signed up!