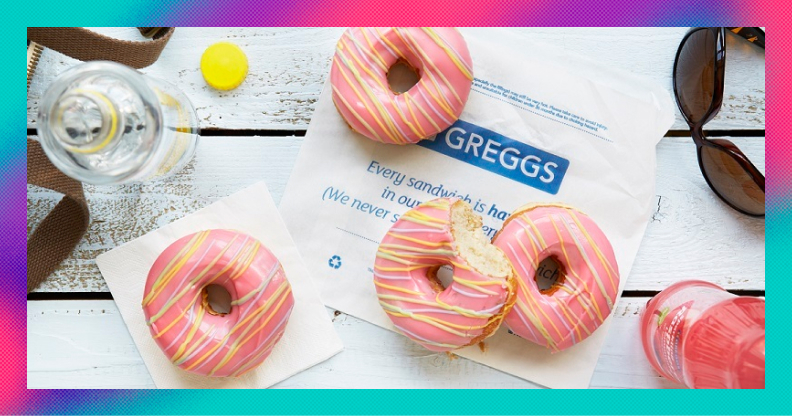 Vegan steak bake purveyor Greggs wasn’t immune to the virus trap, as it reported its first losses since 1984 this morning.

But, while it's the company’s first time in the red since it listed on the stock market, there isn’t too much that will surprise investors.

The overall result was a pre-tax loss of £13.7m compared to a profit of £108.3m last year. That included the government support for job retention and relief from business rates.

Not the year investors wanted but if there’s one in which they’d be likely to turn a blind eye to their first annual loss since 1984, this was it.

By now, shareholders had baked the negativity into their expectations and had started looking beyond the UK’s annus horribilis.

For Greggs, plans to open another 100 shops sets the tone.

Arguably, that ability to roll with the punches tells us more about the firm than its losses today.

We’ve braced ourselves for a quarter of results in the red in the UK market and beyond. But investors need to think about which firms have added to their own pain, and those for whom the year has been extremely out of character.

Should I buy Greggs shares?

Greggs has been that rarest of retailers in recent times, in that it is solidly making money. And not just that, it knows how to put money to work.

In more normal years, Greggs has a return on capital employed (ROCE) above 20%. That’s a key measure for growth because it looks at how good a company is at reinvesting its profits and making even more profit on top of that.

For reference, professional investors often look for an ROCE above 15% as a sign that a company can continue growing on their own steam, when no-one is watching.

Warren Buffet’s 1979 letter to shareholders makes the measure’s importance abundantly clear: “The primary test of managerial economic performance is the achievement of a high earnings rate on equity capital employed (without undue leverage, accounting gimmickry, etc) and not the achievement of consistent gains in earnings per share“.

The Greggs share price is back in the ballpark of pre-Covid levels so, despite today’s results, it might just be that investors are hitching their cart to what they see as a sustainable beneficiary of a return to normality.

When most companies, especially in hospitality and retail, are flicking the lights back on, that ability to get back to winning ways will be front and centre of investors’ interests.

Changes at the top

Disappointment will likely be the flavour of the month across the market for now but looking ahead, there will be less tolerance for poor performance.

The strength and agility of management, and how they’ve handled the past 12 months, will really start to become clear later in 2021. If they’ve frozen like a deer in the headlights, any signs of indecision or just poor leadership will be compounded as capable competitors get back to work.

That will be especially important for Greggs, given the changes at the top they have planned. Early reports suggest the chain is on the look-out for a boss to replace longstanding chief exec Roger Whiteside.

Whoever comes in will have to steer the firm back to profits by 2022 - that’s the timeline the company has asked shareholders to plan for.

Has the lunchtime trade changed for good?

We tend to lump the grab-and-go go chains in with each other but Greggs isn’t Pret.

In 2020 the bakery called out the positive attribution from its suburban sites, at odds with a lot of the inner city eateries it’s compared to. That’s a more significant difference than it first seems, especially given last year.

Whereas offices shutting down completely pulled the rug out from under the likes of Itsu, Wasabi and Pret, Greggs isn’t solely reliant on office workers.

Its bakeries on the outskirts of towns serve snacks and lunch to a lot of tradespeople, construction workers and those unlikely to be able to work from home and skip a steak bake. The price point is also accessible for school lunches and casual drop-ins on the edge of town.

That’s miles away from the polished image some of the city-focused lunch spots try to project. And this is where Greggs can continue to win - hitting the expectations we have of it now.

What you see is what you get

Whereas most customer-facing firms play with our perception of value, Greggs meets us on the same level as Primark. We don’t expect sales, we don’t want frills but we do want consistency and availability.

100 new stores goes some way to bolstering the latter and quality and price will be key to the former.

The danger among retailers now is that the sector will ramp up prices in an attempt to claw back lost revenue. This would be a mistake. Consumers are sympathetic but they are incredibly price-conscious when it comes to what they knew they could get for 99p now costing £1.49.

The temptation might be too great in the short-term for the strugglers but, for the likes of Greggs, that cheap bite has been the basis of their longer-term success. Nervously changing that for a short-term uptick seems like something a less-capable, twitchy management team would do.

More evidence that the true nous of the city’s leaders will be on show as 2021 progresses.

What do you think about the investment case for Greggs? Let us know on the community forum: