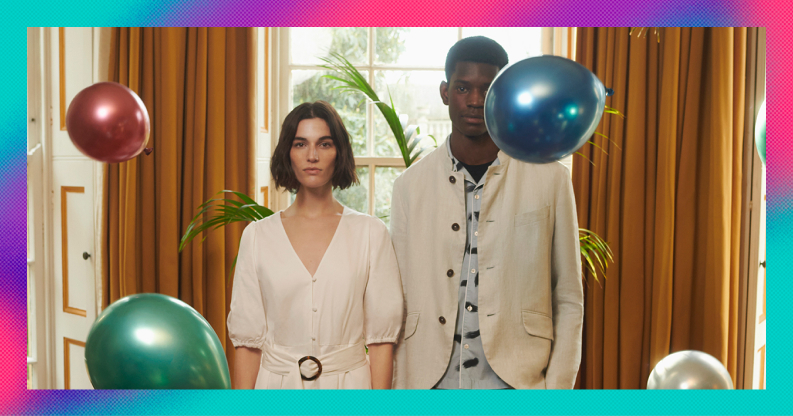 The party could be over if turnaround plans fail.

After a few weeks of Covid-related delays, Ted Baker released its 2020 earnings report today, and things aren’t looking too pretty.

Revenue for the year tumbled 44.2% alongside a £59.2m loss, faring slightly better than the £65.2m expected by analysts. CEO Rachel Osborne naturally pointed to the pandemic as a scapegoat for the group’s lacklustre results, highlighting that it “amplified some legacy issues impacting the business”.

But investors probably shouldn’t take the bait. Fact is, Ted Baker’s been struggling for a while. Sure, Covid exacerbated some issues, but these problems are far from new, and its consistently declining share price goes to show it.

Why are Ted Baker shares so low?

Ted Baker has struggled to remain relevant over the past few years. A diluted brand name, weak e-commerce strategy, and unclear target market are a few factors likely to have led to its tumbling popularity.

But Ted Baker hasn’t just suffered from an inability to hit the mark from a product and trend perspective. In 2019, things got really bad for the brand. Founder Ray Kelvin was hit with a wide range of misconduct allegations, including a ‘forced hugging’ scandal, before ultimately stepping down.

Then there was the £58m inventory error in January 2020. Ted Baker overstated its stock by more than double its previous estimates, which ultimately meant a 25% writedown. The market wasn’t thrilled by the mistake, and shares dropped 11.5% following the announcement.

Why are Ted Baker shares falling?

Last summer, Ted Baker finally took the hint. Realising it was in dire need of a rehaul, it launched its ‘Formula for Growth’ strategy. In it, the brand announced it would be increasing its focus on licensing its brand and e-commerce.

Licensing should have been a wise call. It decreases vulnerability from owning or renting costly real estate in the prime tourist destinations where many of Ted Baker’s own retail outlets are located. That, coupled with a revamped e-commerce strategy should have placed it in a somewhat better position during last year’s lockdowns.

But, in its full-year report, e-commerce sales were only up 22%. Given that store closures naturally rendered online sales the only possible purchasing method for many months across many of its markets, that’s pretty meagre.

Clearly, vision and strategy aren’t exactly aligning with the outcome.

Even during Christmas of last year, they still couldn’t catch a break. Ted Baker’s holiday revenue (which reflects a pivotal period for just about any retailer— especially in apparel) was nearly half that of the preceding year.

Known for its dresses, suits, and partywear, Ted Baker was low on the radar, with Christmas Dinners and New Years Parties looking very different than in years past. Inevitably, demand for occasion-specific pieces took a fall.

The result has been an ongoing stockpile of heavily discounted pieces with nowhere to go. These piles of majorly discounted inventory are now seriously weighing on margins.

Where Ted Baker has managed to yield some recent success is in Asia. In the fourth quarter to the end ofJanuary, sales were up 14% from a joint venture foray across China, Hong Kong, and Macau. It fared even better in Mainland China, where sales grew 33%.

These numbers aren’t too shocking, given that the area has proven to be a saving grace for tons of premium and luxury retailers over the past few months. China is already one of the largest apparel markets in the world, and its swift market recovery after the initial lockdown allowed for a speedy return to bricks-and-mortar retail.

By continuing to push an Asian expansion strategy, growing its physical presence in the area, and increasing its base of international ambassadors, Ted Baker could be well-positioned to capitalise on an exciting growth opportunity.

Back in its home market of the UK, Ted Baker’s situation is a bit bleaker. While stores are open again, the final stage of the country’s lockdown easing has now been delayed by four weeks.

Pubs, clubs, and offices fully reopening could lend a very helpful hand to Ted Baker. The brand really dropped the ball in terms of catering to shifts in local apparel preferences throughout the pandemic.

Demand for athleisure and comfortable basics boomed across the UK, with everyone and their mother scrambling to find a pair of leggings and a matching sweatsuit. But Ted Baker didn’t waver, and remained stubbornly true to its roots. Instead of casualising its offer in response, it stuck to its structured, ‘going out’ pieces.

Hopefully that decision can prove fruitful once the prospect of a night out is back in full swing.

The choice to stay loyal to their classic apparel may have simply been part of their Formula for Growth recipe. But unfortunately, most apparel brands that thrived (let alone survived) during the pandemic had to pivot in some way, shape, or form.

Investors need to decide whether they believe a turnaround is still possible for Ted Baker.

2020’s P/E ratio sat at 4.6 according to Stockopedia, and the last 12 months are showing even more cause for concern, reflecting a ratio of 6.8. By most investors’ measures, this puts Ted firmly in the value bucket, but that carries no guarantee that there will be an eventual ‘phoenix from the ashes’ moment.

ROCE is just as grim. Given it’s a measure of  profitability relative to the capital pumped back into the business, it’s usually a case of the bigger, the better. Investors tend to think somewhere above the 20s is good, and 25+ is really good.

The pandemic isn’t the reason that Ted Baker shares have hit an all-time low, but it could very well be the final nail in the coffin. Their fate’s as good as sealed if they fail to iterate and respond to the industry’s changing reality and preferences.

What do you think about the investment case for Ted Baker? Let us know on the community forum:

Crypto stocks and how to invest in them