Are UK banks a buy? 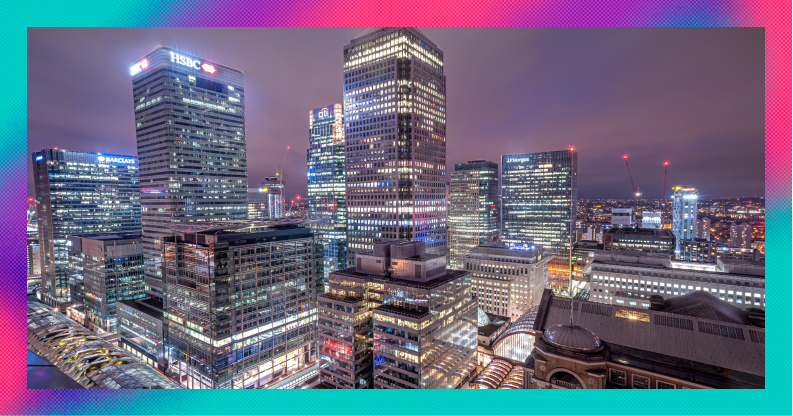 Barclays kicked off a string of sector results today.

Nerves around another financial crisis unfolding early on in the pandemic meant the Bank of England politely asked all major UK banks to stop paying a dividend and bolster their cash reserves instead.

But what followed was very much an event-driven downturn and not a resurgence of the fast and loose practices behind the banking sector’s collapse in 2008.

This is why UK banks have been flashing on investors’ value screens over the past few months. If vaccine rollouts successfully reduce the virus spread and economic activity picks up, there are fewer promising sectors starting from a lower base than banks.

It’s maybe no surprise then that the sector’s performance left the UK market in its wake as Pfizer and co. gave the world its vaccine news in the final quarter of last year.

Lending is the banks’ bread and butter and underpinning the share price rises in the sector is the idea that the faster we all get back to normality, the less risky that lending feels.

On the corporate front, firms relying on furlough or quickly running out of cash are a risky prospect for banks. What if they go bust and can’t pay back their loans? That’s why hopes of a vaccine speeding up the timeline back to greater employment and business investment have been key for the banking sector.

And anyone looking to buy a house in the past few months will have seen that first hand.

NatWest took its headline house deposit requirement down from 20% to 15% in December. The algorithms are clearly starting to factor in tentative signs that the health of the economy and the population are likely to move in lockstep.

We’ll get a broader sense of how the UK’s banks have fared in light of last year’s ups and downs, as results come in over the next week. NatWest is up tomorrow, with HSBC and Lloyds next week.

But kicking off the sector’s reporting schedule today was Barclays.

And an optimistic takeaway for investors grimacing at the numbers will be that it could have been much worse.

Weighing on the numbers in the final quarter was the £492m it is setting aside to cover loans it doesn’t think borrowers will be able to repay. Although that contingency pot was nearly 20% lower than the previous quarter.

The total put aside to address the bad loan book now stands at £4.8bn. That will be like nails on a chalkboard to investors in the sector but, given how much the big names have been beaten up over the year, there’s an argument that this has all been baked into current valuations already.

More positive was the announcement that, despite the pandemic, Barclays remained profitable in every quarter during 2020.

Chief exec Jes Staley will also surely have a wry smile at the positive attribution from the firm’s investment banking division. It had its best year on record with income up 22% and profits rising by 35%.

That strength managed to dampen the ill effects of the firm’s credit card and retail banking businesses. The current low interest rate environment (not good for banks making money on those rates) and consumers stemming their borrowing meant pre-tax profits fell by 78%.

Staley’s decision to back Barclays’ investment banking division was at odds with activist shareholder Edward Bramson, who wanted to jettison the segment. That argument looks a bit flimsy today, with Staley saying the year had "demonstrated the value of our diversified banking model".

Maybe the biggest news is the banking giant’s willingness to get back to paying a dividend. The sector still has the central bank-backed guardrails up and payments will be tentative but relaxed rules on stopping income payments altogether in the sector came in at the end of 2020.

Those restrictions will have to end eventually and it’s a better look to be chomping at the bit to resume dividends now, rather than give shareholders the impression you’re reluctantly turning the taps on later.

The company announced distributions worth 5p per share, made up of a full-year dividend of 1p per share and a share buyback scheme worth up to £700m.

Factoring a share buyback into this approach is odd though. Investors like to see capital put to good use in growing the company, not simply handed back to them and labelled income.

But if Staley is eyeing a positive year it might be that he deems the bank itself to be the best investment out there and can buy his own shares while there’s time to benefit from a 2021 boost.

For Barclays, managing the balance between investment banking activity and consumer lending will be vital. The corporate side of things has held up its side of the bargain over the pandemic and, as those revenues normalise, investors will need to see increased profits coming from personal loans.

With more of a focus on mortgage lending generally than Barclays, NatWest and Lloyds will be closely measuring our ability to meet loan repayments consistently this year.

Better than expected employment figures, increased consumer borrowing and a well-managed end to the furlough scheme would all be positives that might prompt banks to reduce the loan cover they put aside.

Just as pressing will be the course of interest rates from here. The Bank of England’s Andrew Bailey has tried to distance himself from talk of negative rates thus far but as long as the spectre hangs over the sector, investors might just steer clear.

If an economic recovery does shake the dust off inflation and bring it back into the conversation, investors in the nation’s banks will want to see clear indications of how that is managed.

And we may have got used to the lowest interest rates ever in the UK but if inflation does pick up the market as a whole will want proactive guidance from the central bank on what the trajectory for rates looks like.

The name of the game now for the UK’s banks is consistency. Dividends will return eventually and bad loans will be dealt with, however painfully, but so much relies on the ability of banks to make money on their loans.

That is the key aspect that hangs in the balance at the start of 2021 and is one area in which investors will need a great deal of patience.

What are your thoughts on Barclays and the UK banking sector? Let us know on the community forum: