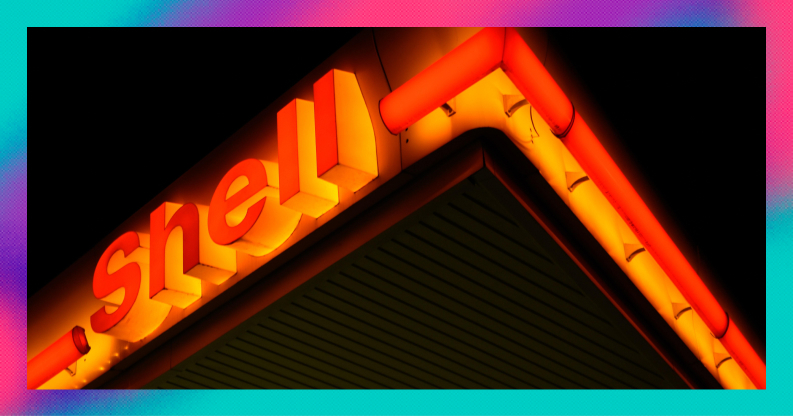 Blacklist oil and gas - fund the energy makers without skeletons in the closet.

Shell, Equinor, Occidental and Repsol are some of the biggest polluters in the world. They’re also a few names on the growing list of oil behemoths announcing net-zero targets for 2050, claiming they’ll neutralise all of their emissions in under 30 years.

Talk about kicking the can down the line. That lengthy timeline was a slap in the face to climate advocates from the start. But after this week’s announcement from the IPCC that immediate emissions actions are needed if we’re going to keep the planet from warming above 1.5°C, a 2050 finish line is an outright joke.

The crux of the issue goes well beyond procrastination. Even as these companies gradually increase their investments in clean energy, they’re heavily reliant on carbon offsetting schemes to meet their ESG commitments. Rather than making fundamental changes to their business models, they’re effectively using creative accounting to sweep emissions under the rug.

Shell claims it will cut 20% of its emissions by 2030, eliminating the remaining 80% by 2050. So it’s going to do a sprinkle of the work in the next nine years, then it’ll pull out all the stops in the following twenty.

The math doesn’t quite shake out on that one, and the Dutch courts have taken notice, ordering the company to slash its 2030 emissions by 45% instead.

Of course, Shell’s fighting back, shoving a glossy copy of its ‘Powering Progress’ report in the Dutch ruling’s face.

Shell’s ESG plan has a few main tenets to it, one of which is a dedicated $2-3bn going towards greener energy sources, annually. That’s not terrible on paper, but for scale, it’s about 1% of Shell’s $180bn revenue for 2020.

How the company expects a 1% investment out of oil and into renewables to result in a 20% reduction of emissions seems unrealistic at best.

That’s where its carbon offsetting scheme comes in. It’s devoting $100mn to “nature-based solutions”, which could include planting trees (known as afforestation) or protecting wetlands which can store the carbon it churns out.

While that investment is way smaller than what it’s plugging into renewables, it could actually go a long way in helping Shell live up to its targets.

Shell reported emissions of 1.38bn tonnes of CO2 last year. If it wanted to neutralise that through offsets, it would need 88bn adult trees. That would require a landmass double the size of the UK - and that’s just for one year of pollution.

So the logistics are messy, and the math doesn’t measure up. Especially because offsetting schemes often rely on planting a ton of new trees, which have a much smaller carbon absorption capacity.

Another issue is that the offset market isn’t regulated. There are no mandatory standards, and there’s no legislative body to enforce anything. Private companies that want to offer an offset scheme can use their own calculations to broker offsets. That makes it a pretty attractive opportunity with essentially no barrier to entry.

By 2050, the offsetting industry’s projected to be worth $200bn. And as it grows, so  does the likelihood that more questionable companies will get involved. Take Pennsylvania’s Hawk Mountain forest. It’s a bird sanctuary with over 2,300 acres of trees.

A few years ago, Hawk Mountain sold JP Morgan 96,000 carbon credits, allowing it to wipe 96,000 tonnes of CO2 clean from its record. In exchange for JP Morgan’s money, Hawk Mountain said it would protect its forest from being cut down.

But the sanctuary’s director has since admitted the trees have long been untouched, and there’s no threat of them being chopped down anytime soon. Clearly, that ‘offset’ does absolutely nothing to change the net emissions of the planet. It’s merely a business transaction to help a bank silence objections from environmentally conscious investors..

Is green energy a good investment?

It’s not that Shell and JP Morgan are necessarily the troublemakers here.

The reality is, carbon offsets have become accepted as a legitimate way for companies to meet their ESG targets. Until the market is regulated, there’s no way to know what’s actually going on behind closed doors.

In the first quarter of 2021, offsets were purchased to eliminate 38.6m tonnes of CO2. That’s an 81% jump on last year. Their growing popularity is not a heightened level of corporate interest for bettering climate health. It just reflects companies continuing to grow and pollute while appeasing sustainability critics.

Growing demand for these carbon offsets also raises concerns that the price for them will naturally grow. While that could be good if companies decide they’re better off actually reducing their direct emissions instead, it seems possible that more dubious offsetting mechanisms will come to market.

You might be thinking, “but hey, if I invest in Shell, some of my money could end up on the sustainable side of things.” Heck, we need to change these companies from the inside, and a small step is better than nothing. To its credit, Shell has indeed just signed a deal with Scottish Power to build a major offshore wind farm.

But it’s kind of a lost cause so long as it keeps up the growth in its oil and gas division. Because at the same time as its boosting investment in green energy, Shell’s just upped its investment in a pipeline pumping out 18,000 barrels of oil a day.

It’s also increasingly working on developing its carbon capture and storage (CCS) infrastructure. CCS stores carbon in the ground, capturing up to 90% of CO2 before it’s released into the atmosphere.

That’s certainly not a bad thing, but CCS tends to be used in Enhanced Oil Recovery (EOR). That’s an oil industry fan favourite, helping it reach deep oil reserves otherwise inaccessible. So how much can CCS possibly be helping if it’s just improving access to more fossil fuels?

It seems pretty likely that Shell is plugging money into both its upstream and downstream oil activities because it wants to keep growing the division. As an investor, if you’re buying shares, you’re helping fund that.

So what’s an investor to do if they want a net-zero future?

Go directly to the source. There are plenty of reasons why Shell has chosen offshore wind as a major beneficiary of its green investment strategy. The resource has key advantages over other renewables: a higher load factor (better utilisation rate) and lower viability (with costs continuing to decline).

This is not to say that building up wind farms is an emission-free activity. Far from it. But when comparing the alternative energy sources out there, it’s one of the more eco-friendly ways to power our energy-hungry society.

Greencoat UK is a dividend-paying wind farm operator. In 2020 it made £1.3bn in investments and commitments to further grow its wind power capacity. With that, it’s generating enough power for 1.2m homes, effectively reducing emissions by 1.5m tonnes per year.

TPI Composites is another big player in wind. It’s made over 70,000 wind blades across the pond since 2001.

The UK government has just announced it’s putting £160m to expand its investment in the sector. While the size of that investment isn’t going to save the world any time soon, it’s proof the sector is worth a closer look.

And there are plenty of the other cleaner sources out there - solar, hydrogen, geothermal and tidal just to name a few. With so many companies operating in exclusively greener technologies, it feels a bit strange to invest in a company that’s merely dipping its toe in the green pond.

Offsets just can’t replace the benefits from reducing emissions outright. We need absolute reductions to fix the problem. If you want to invest green, invest in the companies already doing that, rather than those claiming they’ll eventually get there.

What do you think are the best green energy investments? Let us know on the community forum: