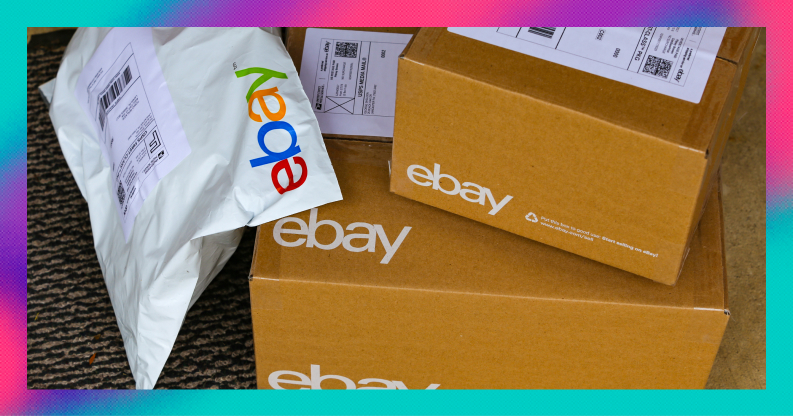 The ecommerce site hasn’t taken advantage of a massive rise in online spending.

Looking back over the past two decades, you’d have thought a company like eBay would’ve done very well for itself.

But this is one of those instances where a macro trend hasn’t really given the lift to a company that you’d expect to benefit from it.

A pandemic booster for eBay shares

Things changed last year. Like many ecommerce sites, eBay had a bumper 2020 as a result of the pandemic.

The rush to buy and sell online meant the auction site’s revenue rose to $10.3bn.

And yesterday the firm released its latest set of quarterly results which suggest that trend is still in play.

Total revenue came in at just under $2.7bn, a 14% increase on the $2.3bn the firm earned in the equivalent period last year.

Will eBay continue to benefit from the pandemic?

eBay has said itself that it isn’t sure how sustainable all of this actually is. In its 2020 annual report the firm noted that:

“While the impact of COVID-19 has had a positive impact on our reported results, it’s uncertain whether this consumer behavior will continue.”

Things probably haven’t changed much in the intervening period and the company didn’t say anything substantial about it in its latest report, other than to suggest the pandemic could continue to have some sway over its operations in the future.

We aren’t any wiser than the people over at eBay and so can’t say what turn things will take.

That being the case, it’s worth looking at why the site didn’t do as well as some of its competitors over the past ten years.

A big factor has been an increase in competition, with Amazon probably being the most notable example.

At the same time as eBay was stagnating, Jeff Bezos’ behemoth saw its sales rise from $89bn in 2014 to $386bn last year.

You may think Amazon caters to a slightly different audience to eBay. After all, the latter is usually seen as a site for second-hand goods and the former a place for retailers to sell new items.

That’s not entirely true though. Probably because old VHS tapes aren’t the biggest money-maker, eBay has tried to get more retailers onto its platform.

By 2018, 80% of items on the site were ‘Buy it Now’, suggesting more sellers were retailers  trying to shift goods quickly than random people selling junk via auctions.

But even those smaller sellers have been pushed to other platforms. Sites like Etsy and Facebook allow people to sell their own goods, which has taken business away from eBay.

Another difference between the auction site and other companies like Alibaba or Amazon is that it’s far less diversified.

To take one example, Amazon Web Services alone made close to $15bn last quarter, which is probably more than eBay is going to make this entire year.

eBay has actually had some other businesses in the past. It owned PayPal for over a decade and, bizarrely, bought Skype back in the mid-2000s.

The latter firm was sold at a loss and PayPal was spun-off in 2015. Its revenues have more than doubled since then and it now makes more money than eBay.

That’s not to say eBay should’ve held on to it. PayPal has succeeded in large part because it no longer has ties to the auction site, which had made other companies reticent about using its services.

But what it does mean is eBay has almost no other sources of income. Any growth that comes is going to be driven by people buying goods on its website.

As we’ve said, it’s hard to predict whether the firm will deliver in that area. A pandemic boost and rise in ecommerce spending may lead to more sales for the firm.

But the overall impression you get is not that the company is seeking to expand massively.

The past couple of years have seen eBay introduce its first dividend payments. It has also announced share buybacks worth billions of dollars.

In fact, yesterday’s report confirmed that it would be upping its buyback amount from $2bn to $5bn, after it completed the sale of a Korean subsidiary.

These sorts of things aren’t typical for a US internet business. Amazon, Facebook, and Google-owner Alphabet don’t pay dividends, nor have they engaged in any sizeable share buybacks.

The logic behind this has usually been that the money they make can be better spent by reinvesting in themselves than returning it to shareholders. Their performance over the past decade shows that’s probably been a wise move to make

For eBay to do the opposite is a potential sign that it doesn’t have any plans to engage in large-scale expansion. To the contrary, you get the impression the firm is happy to hum along with respectable revenues and decent margins.

That might make it an interesting opportunity for some but, given much of the interest in US tech is driven by hopes of continual growth, it’s unlikely to appeal to lots of investors.

What do you think of eBay's prospects? Will they continue to succeed beyond the pandemic? Let us know in the Freetrade community:

Download the Freetrade investment app and join over 1 million UK retail investors that trust us already. See the most popular investments with a breakdown of the most traded stocks and most popular ETFs on Freetrade. Follow the IPO calendar and keep an eye on exciting new investment opportunities.Download our iOS stock trading app or if you’re an Android user, download our Android stock trading app to get started investing.