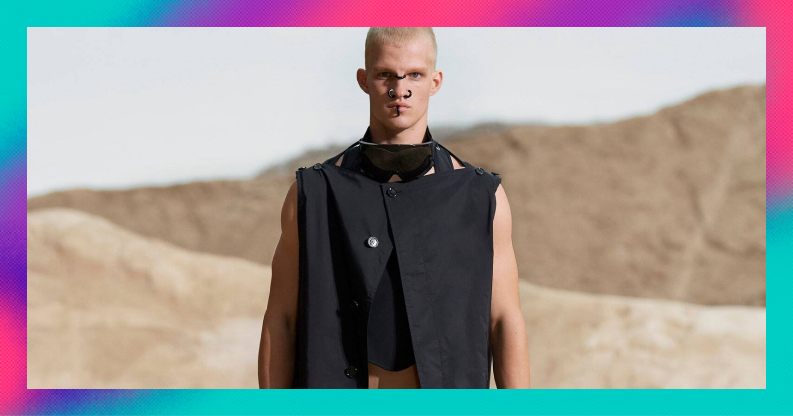 The chameleon of high fashion could be about to change again.

Take a walk down Burberry lane, and you’ll see the brand has had a phase or two. Circa 2004, it accidentally ended up down a dark alley - getting banned in nightclubs from Aberdeen to Leicester for its link to “troublemakers”.

It’s since glowed up from being synonymous with baseball caps, checked polos and football terraces. In a real pivot, Burberry even found itself flirting with a trenchcoat adorning, horse-race frequenting scene for a while.

Now, the brand’s in the third year of its transformation to escape the prim, proper and plaid in exchange for a much harder edge. And so far, so good.

Out of the trenches

Last year, Burberry’s revenue took an 11% fall due to rampant store closures and a stark reduction in global tourism. But it’s off to a running start for its first quarter, reporting retail revenue growth of 86%.

Central to its success has been acclaimed Italian designer ​​Riccardo Tisci ushering in transformations in the form of streetwear and trans-models. And the luxury fashion scene has lapped it up.

Particularly so in Asia, where revenue grew 16% last year, even as Covid plagued the region. China was the real star of the show, where revenue was up 45%, and that was off the back of a 26% increase the year prior.

So, investors haven’t necessarily been nervous about declining revenues. But headlines that CEO Marco Gobbetti is stepping down has them spooked. There’s been a lot of fuss over the announcement, with Burberry’s share price taking a decent hit following the news.

While it’s undeniable Gobbetti turned the business around during his five years, transformations are Burberry’s specialty, and there’s plenty of reason to believe his departure is actually an opportunity.

The real threat to Burberry is the possibility of losing ground in China.

Burberry was on thin ice back in April after writing a letter to UK lawmakers, condemning China’s use of forced labour in Xinjiang cotton camps. While the brand insisted it did not have operations in Xinjiang, it made a clarified stance on modern slavery, condemning it among suppliers.

China didn’t like that. Burberry lost a major partnership with Tencent, the country’s biggest company, and two of its key ambassadors in the country stepped away from the brand.

Thankfully, Burberry’s managed to save face, with sales soaring by 55% this quarter.

Forget the UK, China is Burberry’s plaid-patterned playground. If China ever turned its back on the brand, it would be seriously stuck.

And Brexit (remember that?) has lit a fire under the brand to double down on its physical presence in the country. UK airports were a key element of Burberry’s home market advantage. Chinese shoppers would stock up while in transit to take advantage of the UK’s VAT rebate, which used to cut the purchase price by one-sixth.

But Brexit brought all that to a halt. Post-Brexit trade rules have also tacked on some extra costs for the brand. That’s mostly due to ‘rules of origin’ policy changes, which added tariffs to its clothes shipped out of the UK.

So Burberry’s been wise to build out its factories and facilities outside of the UK, particularly in China, where sales have now surpassed pre-Covid levels. While its price tag might make this somewhat of a surprise, Burberry’s Chinese success has mostly been attributable to young, brand new shoppers.

The top UK dividend stocks aren’t what you think

From Apple to angora

Digital used to be a taboo topic in luxury. Enter Angela Ahrendts, Burberry’s CEO from 2006-2014, who flipped that notion on its head.

Many luxury brands initially pulled away from investing in online platforms, fearing websites would dilute their prestigious brand name and eliminate control over the in-store shopping experience.

But Ahrendts channelled the digital disruption to do the very opposite, by unifying the brand under one centralised website. This was a pivotal moment for Burberry, which had long suffered from an oversaturated image, from most of its operating regions creating their own products and marketing campaigns.

Digital brought the brand back together. And in a true testament to her prowess, Ahrendts has since moved on to become Apple’s SVP of Retail and Online Stores. But her departure didn’t mean Burberry has stalled its investment in tech.

It’s since partnered with Instagram to integrate a direct in-app shopping experience, and invested in VR to create a mobile app that brings Burberry outfits to life, right in the palm of your hand.

Pinpointing younger generations is already turning out to be a profitable move for the brand, which adds up, given most of them lack the haunting memories of Burberry past.

Investors aren’t exactly cheering right now, even after Burberry released a fairly positive set of first-quarter results. Its share price has taken a dip since the announcement of Gobbetti’s departure, but investors should think about where Burberry’s going next.

And for what it’s worth Nick Train, manager of the Lindsell Train investment trust isn’t worried. His fund has long had a holding in the brand, and actually increased its stake when Covid brought the share price down.

When asked what the future holds, Train said, “We would never predict such a thing. But it does seem possible the next few years will bring higher revenues.”

Just how possible that seems will depend on Gobbetti’s successor’s outlook. Rather than opening up yet another flagship store, Burberry should look to up the ante in China and across digital platforms. It needs to look beyond the UK - just like Gobbetti has, as he returns to Italy to steer the ship for rival luxury group, Ferragamo.

Do you think Burberry’s a buy? Let us know on the community forum: