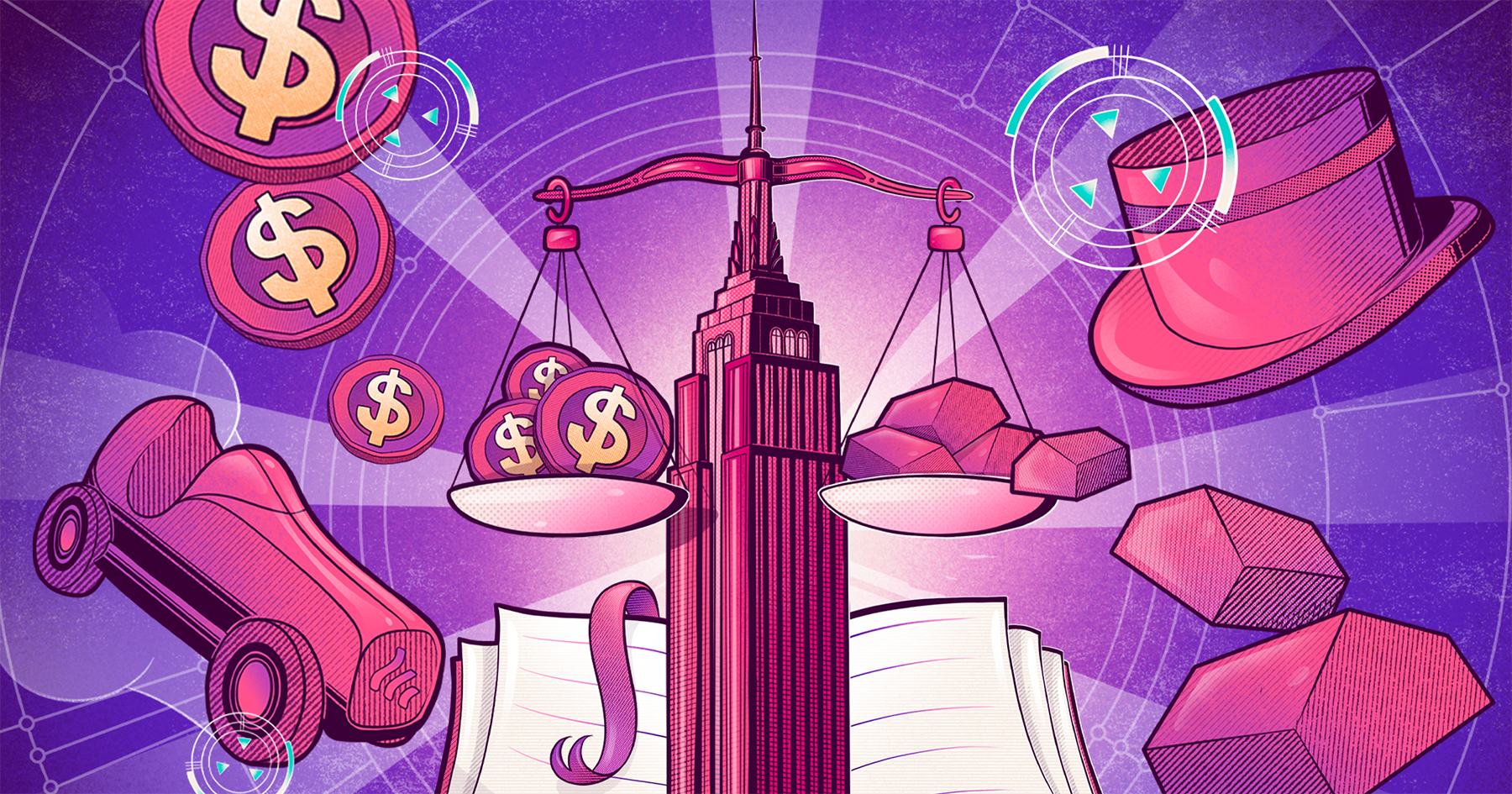 Amazon, Apple, Alphabet and Facebook were brought before the US Congress.

The CEOs of the big four tech titans — Amazon, Apple, Alphabet and Facebook — were brought before the US Congress this week.

It was a strange hearing.

Congress members were clad in masks and the tech executives cut out intermittently as they answered questions remotely, via Cisco Webex’s video conferencing platform.

The hearing was held because of a growing belief in the US, and around the World, that big tech companies are monopolies, stifling the ability for fair and free markets to operate.

There are also fears about the business model they operate and how it is impacting society and their users’ lives.

How much validity there is to those claims is still up in the air.

But the idea that a firm can come to form a monopoly has been a source of tension in US politics for over a century.

In simple terms, a monopoly is when a company or government has total or overwhelming control over a particular area of business.

In the US, the idea that monopolies actually pose a threat to society arose in the latter half of the 19th Century.

At the time, companies — known as trusts — were starting to dominate different industries. This is where the phrase ‘antitrust’, a phrase often used as a shorthand for laws designed to prevent monopolies, comes from.

The two most famous trusts were U.S. Steel and Standard Oil. The former company was set up by John Pierpont Morgan, founder of the investment banking dynasty that bears his name today.

Standard Oil was owned by John D. Rockefeller. So dominant was he in the energy business that at one point he is thought to have controlled over 90 per cent of oil sales in the US and been worth 2 per cent of the country’s entire GDP.

Standard Oil was founded in 1870 and was already being looked at by local authorities by the end of the decade.

Ultimately, the firm was forced to break up into 34 different companies in 1911 under antitrust laws. Some of those companies, including ExxonMobil, still exist today.

U.S. Steel was taken to court by US authorities under antitrust laws in the same year but they were unable to prove that the firm should be broken up. It still operates today, and is listed on the NYSE under the ticker $X.

A more recent and, given the hearings this week, relevant antitrust case took place in the 1990s against Microsoft.

The tech firm was accused of trying to monopolise the marketplace for computers by preventing third-parties from installing other browsers on their devices.

There is still some controversy as to who was in the right in this case.

On the one hand, Microsoft executives were caught saying openly that they wanted to “extinguish” their opposition.

On the other hand, it was possible to add other browsers to Microsoft’s operating systems and the firm was already losing market share to competitors. In fact, only about 6 per cent of people use Internet Explorer today as their preferred web browser.

Microsoft ultimately lost the case but it was not compelled to be split into different companies.

Instead, it had to share its application programming interfaces (APIs) with other companies for a five year period.

What’s so bad about monopolies?

You may have read this far and thought, “ok, so some companies are big….so what?”

This is a reasonable question to ask and, as with the Microsoft case, there is a lot of debate as to whether or not antitrust cases make sense.

Monopolies can be bad because they hand companies the ability to dictate consumer behaviour and charge high prices. If you’ve only got one choice then you’ll have to take it, regardless of the quality of product or its price.

Clearly this isn’t great for customers. But in reality, it’s rare for companies to get such power over a market and remain in this dominant position for a long period of time.

If you look at the UK, you’ll see that there is a good deal of change among the largest firms. Only thirty of the original constituents of the FTSE 100 index remained in the index in 2019, over three decades after the index was first formed.

Similarly, part of the reason the US government was unable to break up U.S. Steel was that, by the time the case had begun, it had already lost a huge chunk of its market share.

What’s interesting about this week’s hearings is that large chunks of questioning were not really concerned with monopolistic behaviour.

Instead, much of it was focused on how the companies manage and extract our personal data, their role in the media and whether they have political biases that affect user experiences.

These questions reflect growing concern, not about monopolies, but about the business models tech companies operate and how they’re affecting society.
‍

‍
The model, in which tech firms must constantly monitor our behaviour in order to digitise and then monetise it, has been described by the author Shoshanna Zuboff as ‘surveillance capitalism’.

Zuboff herself has argued that breaking up tech firms won’t actually achieve anything because the problem is not their size, but their behaviour.

As such, splitting Google into smaller firms won’t reduce the alleged damage that the company does. It will just result in those smaller firms continuing to do exactly what Google did before.

Leaving aside the data-driven side of the business model that Facebook, Google, Apple and Amazon are operating, there’s still an argument to be made that they are behaving like monopolies.

Google and Facebook dominate the online advertising industry and the same is true for Amazon in retail.

Moreover, evidence given at the hearing suggested that all four companies had engaged in anti-competitive practices.

Facebook CEO Mark Zuckerberg, for example, wrote an email in which he claimed he would acquire Instagram in order to “neutralise it.”

Similar pieces of text were uncovered in emails from Amazon and Google executives, while Apple was accused of discriminating against competitors via its App Store.

The counterargument here is that all businesses have competition and they do things to try and beat them or keep ahead of them. Finding the line between this standard business practice and monopolistic behaviour is hard.

Another point is that these tech firms could lose their predominance over time.

Within a couple of years of its founding, U.S. Steel controlled close to 70 per cent of the US steel industry. By 1911, it controlled around 50 per cent and, in 2001, it only had an 8 per cent market share.

It’s not crazy to think that similar things could happen in the world of tech. Growing distrust of firms like Google and Facebook, combined with more competition in the market, may lead to them being less successful.

Such trends may make tech executives fret, but a more pressing concern may be if the US decides to introduce data regulation akin to GDPR rules in Europe.

These regulations severely restrict the ability of online firms to monitor and monetise customer behaviour.

The hearings last week blended together concerns about monopolistic behaviour and tech firms’ business models. If regulators in the US start looking seriously at that latter point, it may result in rules that restrict tech firms ability to extract and monetise behavioural data.

That would mean the tech firms continue to run as they are but it could represent a blow to surveillance capitalism.