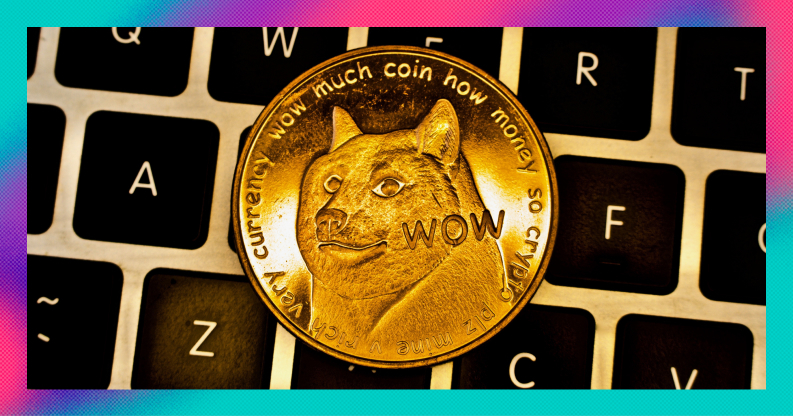 Why it’s usually a waste of time and money to try and make a quick buck.

People around the world tuned into Saturday Night Live last weekend to see if Elon Musk would talk about Dogecoin.

And if a single sentence could sum up how weird the world we live in today is, it would probably be the one you just read.

But to be fair to all the Dogecoin and Musk fans across the world, what they’re doing isn’t so unusual.

Lots of traders spend their days on the lookout for similar buy and sell signals.

In the past couple of weeks we’ve seen movements in the stock and foreign exchange markets off the back of US jobs data and comments from Treasury secretary Janet Yellen.

What is a buy signal?

Obviously these two things are not the same.

Yellen has huge influence on US economic policies and jobs data can be a useful indicator of how well a country’s economy is performing.

Dogecoin appears to be a get rich quick scheme, with a mixture of pandemic boredom, meme culture and greater fool theory all blending together to push up its price.

The similarity lies in the fact there are people out there hoping these bits of information will cause price movements they can take advantage of.

Serious traders may not like the comparison but ultimately both they and the Dogecoin fans are just trying to make money.

Is trading worth it?

The question is whether or not it’s actually an efficient way of doing that.

Many people were expecting Musk to pump Dogecoin when he appeared on TV, which he kind of did. But the price dropped massively anyway.

That points to how hard it is to anticipate what effect these signals will actually have on the asset or market you’re trading in.

For instance, if I told you a group of people had just stormed the Capitol Building in Washington, which is not so different to Parliament in London, would you think the markets would go on to finish that day at a record high?

If you’re honest with yourself, probably not. But that’s exactly what happened at the start of this year when protestors stormed the building.

See the wood for the trees

The main reason that occurred was because there was no meaningful connection between the stock market and the protest.

That’s true of lots of data points we see plastered across the press and social media.

Central bank speeches are a good example of this. They occur with great regularity but rarely contain anything of meaningful value.

Take this gem of a quote from former Federal Reserve Chairman Alan Greenspan.

“I know you think you understand what you thought I said but I'm not sure you realise that what you heard is not what I meant.” Try factoring that into your investment strategy.

And yet so many people in financial markets cling to pronouncements like these as though it were Moses speaking to them from the base of Mount Sinai.

Last week’s comments by Yellen or the subsequent jobs data, both of which were pumped up in the press, were similar examples.

Imagine you’re a shareholder in Facebook, Shell or Nikola. Was there really anything in Yellen’s comments or the jobs data that would change your long-term outlook for those companies?

Probably not. If I was a Nikola shareholder I’d be more interested in whether or not the company will start selling cars at some point, as opposed to what Janet Yellen thinks about the Federal Reserve’s interest rates.

That’s not to say you should totally ignore the macroeconomic picture a company operates in.

But attempting to trade on small economic indicators when they often have little to no relevance for company shares or even whole markets is almost guaranteed to be a waste of time and money.

Why do you invest?

Spending hours looking through these different data points and trading signals can also mean you forget what the best investors have usually done — made money by buying shares in good companies and holding them for a prolonged period of time.

This is quite different to what people trading based on snippets of data and press releases are attempting to do. They are essentially trying to anticipate how other people will respond to an event and capture a profit from the resulting market movements.

That’s not a totally irrational thing to do but as we’ve seen, it’s very hard to achieve. Not only that, but someone trying to do this is not investing in an attempt to take advantage of a company’s services or products but simply human behaviour.

This was on full display when Musk was on SNL. Dogecoin ‘investors’ were begging him to pump the coin, showing they don’t care about any fundamentals or intrinsic value, they just want more hype so more people will buy in and push the price up.

That might work in the short-term but it’s hardly going to bring you success over any length of time. Faced with a company that’s got low debt, strong operating profits and consistent revenue growth or an asset that goes up in value when Tesla’s CEO talks about it, which would you choose?

Tempting though it might be to trade in the latter, the odds are it’s not going to work in your favour.

It becomes even more dangerous when we start to pat ourselves on the back when prices go up, and scold the ‘mainstream market’ (whatever that means) when prices go down.

Humility and patience are virtues often skipped by overzealous traders. But they are the bread and butter of the conscientious long-term investor.