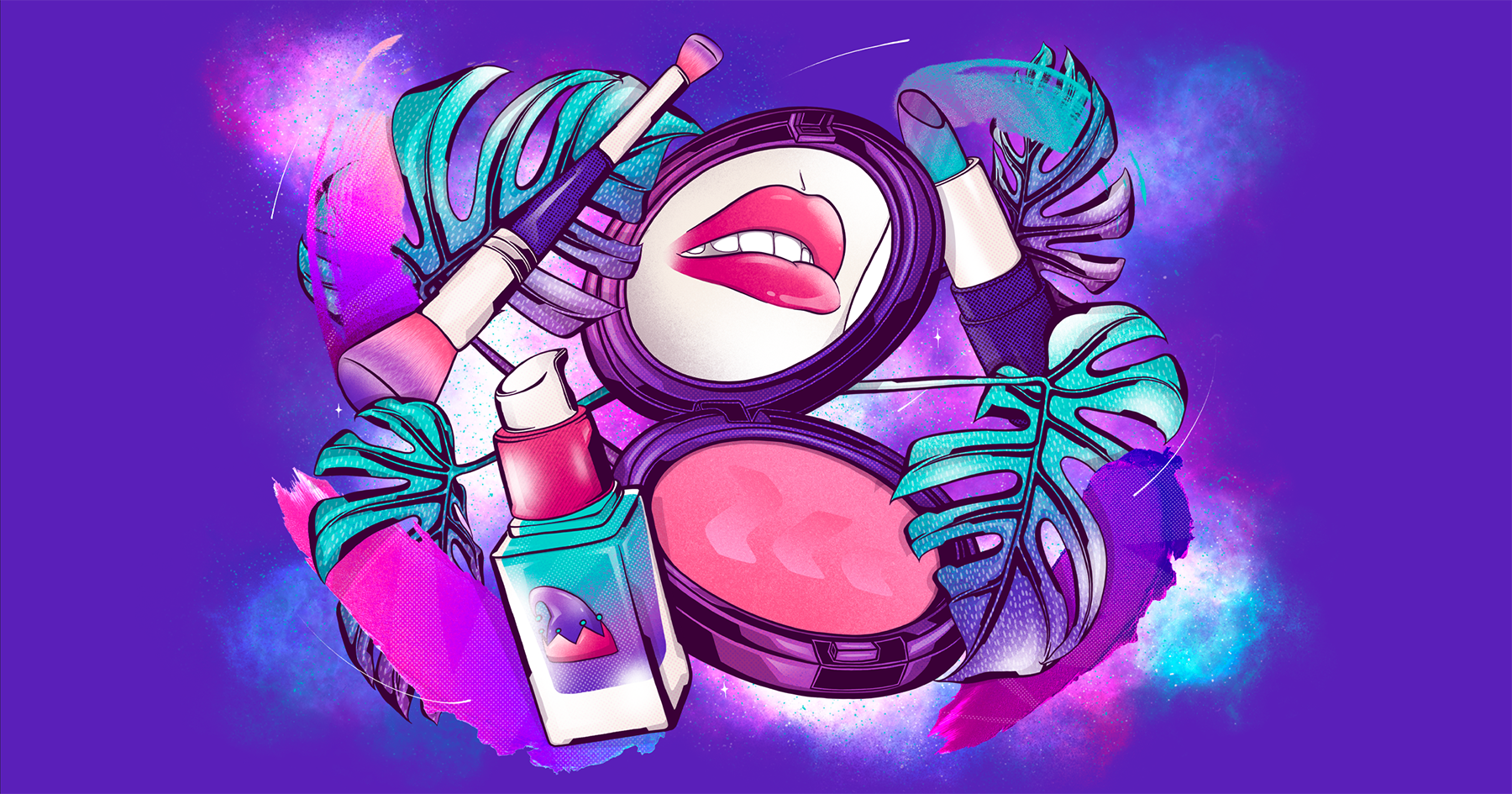 Way back in 2002, when Avril Lavigne was topping charts and Apple had just released the second edition of the iPod, business student Joseph Shamah met marketing executive Scott Vincent Borba at a party in LA.

The duo got to talking about beauty products. Borba already had some experience in the industry, having helped set up Hard Candy, a successful cosmetics company that’s still in operation today.

He and Shamah thought that there was room in the market for a lower cost beauty products brand. The pair have subsequently said that this was because both of them had seen rich women in LA, rocking up to dollar stores in fancy cars and buying tonnes of cheap cosmetics.

Within a couple of months, the pair had created a business plan and, with some help from Shamah’s father Alan, e.l.f. Cosmetics was launched in 2004. The letters, in case you were wondering, stand for ‘eyes, lips, face’.

The world of beauty products

It may sound crazy but Brits spend approximately £27 billion a year on beauty products. By way of comparison, the UK’s military budget in 2019 was £38 billion.

Brits are not unique in spending so much on making themselves look good. In China, spending on beauty products for 2020 is expected to be £67.8 billion.

For the US, the figure for 2019 was £75.4 billion. So if they wanted to, US or Chinese shoppers could join forces and establish a well-funded army.

Looking at those stats, it’s not surprising that Shamah and Borba thought they might be able to make some money in the cosmetics business. Raw numbers, however, only tell part of the story. A change in the fashion business also seems to have acted as inspiration for the pair.

How much truth there is to the story of rich women and dollar stores being the inspiration for e.l.f. is unclear. Borba left the company in 2012 and announced last year that he would be giving up all his possessions to become a priest. Yes, seriously.

After he left e.l.f., marketing executives at the firm said that the ‘real’ origins of the business lay in Shamah being shocked at how much his wife was paying for beauty products.

Whatever apocryphal story is true, it certainly seems that providing a cheap product was part of the inspiration behind e.l.f.. But changes in the fashion industry also appear to have played a role in the development of the company.

Shamah’s father Alan had worked in the clothing business prior to e.l.f.’s founding. During that time, fast-fashion had come to dominate the industry.

Pioneered by Zara, fast-fashion involves the rapid production of clothing, from concept to manufacturing to sales. When the Spanish clothing company first opened in the US, Zara’s head of operations said that they could come up with an idea for a piece of clothing and have it in stores 15 days later.

Fast-fashion is not just about making clothes quickly. It has succeeded as a model because it allows clothing companies to make new clothes, see what works and stop selling anything that doesn’t. Equally important is the fact that it lets clothes producers work at scale and sell their products at much lower prices.

The two Shamahs — father and son — seem to have thought that the same model could be made to work in the cosmetics industry. According to an article published in March, the pair had watched the growth of fast-fashion with interest.

“They believed that a similar opportunity existed in cosmetics, where the traditional beauty model of high prices, long product cycles, and traditional advertising was out of touch with changing consumer behaviour,” said a senior marketing executive at the firm.

If e.l.f.’s performance since its founding is anything to go by then the two Shamahs were correct — selling cosmetics like fast-fashion products does work.

The company had $5 million in sales within a year of launching. In its most recent fiscal year, revenue was $283 million.

The company started out by selling a large number of products for $1. Since then it has branched out to sell pricier cosmetics but everything remains relatively cheap.

Aside from its fast-fashion business model, e.l.f. started operating an e-commerce site early on. The cosmetics brand has been selling its goods online, direct to consumers, since its founding.

In fact, the majority of its revenue came from e-commerce during its first year in business, quite impressive given that only 2.5 per cent of all US retail sales were online in 2005.

Since then, the company appears to have had something of a lost opportunity in the world of online sales. Though it continues to market itself as having been founded as an ‘e-commerce site’, the overwhelming majority of its sales come from physical stores, like Kmart and Walmart.

In 2014, private investment firm TPG acquired a majority stake in e.l.f.. Joey Shamah, who had been CEO up until that point, left the firm at the same time, though he remained a major shareholder.

That decline in share value was due to a series of poor performances over the past few years. In simple terms, e.l.f. has consistently generated less revenue than it said it would.

Growing competition in the cosmetics industry, particularly in the e-commerce sector, and a move away from mass-markets products dented the company’s earnings.

COVID-19 appears to have given the company’s online store a massive boost. In its most recent quarterly earnings report, e.l.f. said that its e-commerce store had seen “triple-digit” revenue growth. At the same time, however, sales slumped in physical stores as shoppers focused on getting essentials during the pandemic.

e.l.f.’s poor performance in the past couple of years has led one of its major shareholders, Marathon Partners, to try and force change on the company. A report released in late May indicates that Marathon wants the company to change its executive pay plan and cut costs across the business.

Given that we are still in the midst of a pandemic, it may be a while before any of those changes are made, if they are made at all.