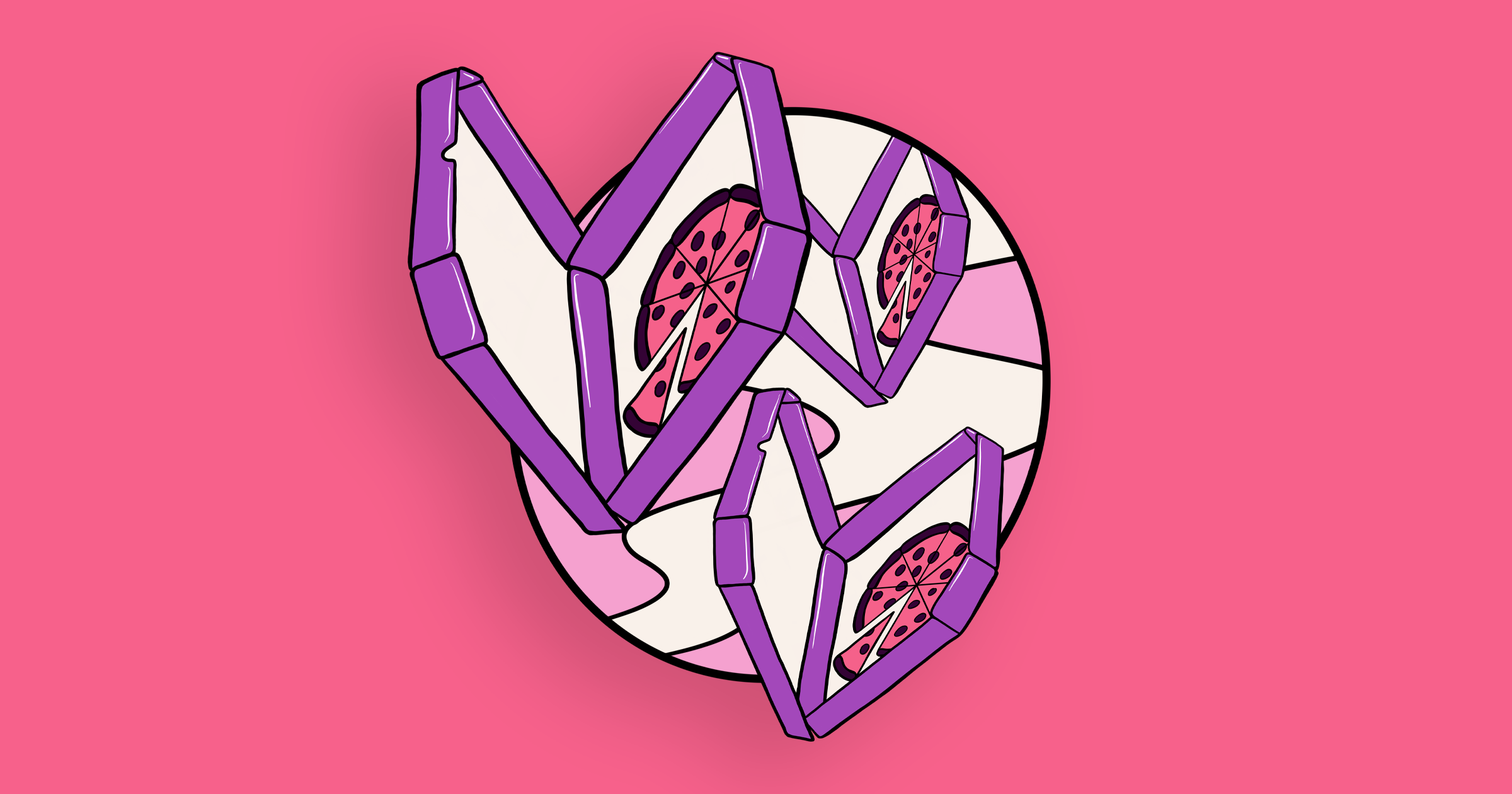 The pizza franchise’s stock has been more successful than Google since both companies IPO’d in 2004.

Love is in the air and it’s not because John Paul Young is playing a concert in the UK.

Last Friday was Valentine’s Day and lovers across the world woke up to Saturday’s Weekend Read with rose-filled bedrooms and, if they were in the UK, the taste of takeaway pizza lingering in their mouths.

If that last part sounds strange then it shouldn’t. Our annual celebration of all things Eros doesn’t just pull on people’s heart-strings.

It’s also one of the busiest days of the year for food delivery companies.

Domino’s is a case in point. In 2018, Valentine’s Day saw the chain deliver more pizzas in Scotland than any other day of the year.

And the company was expected to deliver more than half a million pizzas across the UK for Valentine’s Day 2020.

A brief history of Domino’s

The franchise hasn’t always been able to pump out so many pizzas for takeaway lovers (or people in search of comfort food).

Domino’s was founded in 1960 by two brothers, Tom and James Monaghan. The two started out by buying a pizza place called ‘DomiNick’s’ in Ypsilanti, Michigan.

A year after its founding, James decided he no longer wanted to be involved and traded his share in the business for Tom’s Volkswagen Beetle.

Given that there are now 16,500 Domino’s operating in 85 countries, it’s fair to say that Tom got the better end of that deal.

But after realising that goal, he began franchising his pizza restaurants and the business took off.

It was the company’s growth that would lead to its name change. When Monaghan started franchising, he wanted to use the ‘DomiNick’s’ brand. But DomiNick’s original owner still held rights to the name and wouldn’t let him use it, leading Monaghan to change the company’s name to ‘Domino’s’ in 1965.

Domino’s would eventually enter the UK in 1985, with its first outlet in Luton. Today there are more than 1,000 Domino’s franchises operating across the country.

Who is Tom Monaghan?

Like so many company founders and CEOs, Monaghan is quite a character. He’s also led a fascinating life.

Born in Ann Arbor, Michigan, in 1937, his father died when he was four and, unable to care for him properly, his mother put him into an orphanage in 1943.

The orphanage was run by nuns and the six years that Domino’s spent with them left him with a life-long commitment to Catholicism.

In fact, he would later try to become a priest but was expelled from the seminary for “starting pillow fights and whispering during periods of silence.”

“I wanted to be a priest from the time I was in the second grade,” Monaghan once said. “Then I sat behind this girl in the seventh grade, and I completely forgot about it.”

Monaghan went back to live with his mother when he was 12. The two constantly fought and he wound up spending his teenage years with relatives or in foster homes and juvenile detention.

Having finished bottom in his high school year, the Domino’s founder spent three years in the US Marine Corps (he joined by mistake, thinking it was the army), before returning to Ann Arbor to study architecture in 1959.

He bought ‘DomiNick’s’ using a $900 loan. Intending to use the business to fund his education, Monaghan ended up spending so much money on it that he couldn’t afford his tuition fees and had to drop out.

When did Domino’s go public?

Forty-four years after the company was founded, Domino’s started trading on the New York Stock Exchange in 2004.

Monaghan wasn’t involved much by then, having sold almost his entire stake in the company to Bain Capital, an investment firm, in 1998.

Bain expanded the Domino’s business aggressively in the years that followed and wanted to raise money to continue those efforts.

The company that Monaghan founded originally owned the rights to franchise Domino’s restaurants in the UK.

But in 1993, they sold the rights to a separate, London-based company called Domino’s Pizza Group (really original name, we know).

Domino’s Pizza Group is a separate company from the one that Monaghan founded. It’s what you call a ‘master franchise’ for Domino’s outlets in the UK, Ireland, Germany, Switzerland, Luxembourg and Liechtenstein.

That means anyone wanting to open a Domino’s in one of those countries will have to do it through them. They will then pass a cut of their earnings back to the Domino’s US entity as a royalty.

Domino’s Pizza Group — that’s the master franchise — started trading on the London Stock Exchange in 1999 and moved on to the main UK index in 2008.

Today its stock is trading at just under $286.

Interestingly, Google’s parent company — Alphabet — had its IPO two months after Domino’s did.

And if you were wondering which would have been a better investment it was….Domino’s.

Domino’s London-listed entity has also increased exponentially in value since going public in 1999.

Today its shares are trading at over £3, having started off at 9p.

Whether that will continue is hard to predict. Looking back at the past five years, both companies have seen major fluctuations in their share prices.

Many stocks are also trading at all-time highs, so there’s no guarantee either company will see their share price increase substantially.

And if you bought Domino’s for Valentine’s Day….well, we just hope you got some of their cookies too. Those are really delicious.