Greggs, down but not out 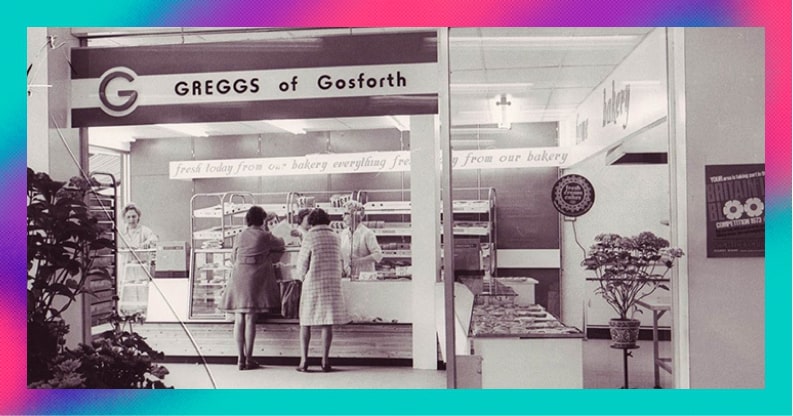 The bakery chain has had a tough year but don’t be surprised if it’s soon back to winning ways.

It’s remarkable what a year can do. Twelve months ago Greggs was being touted as the next top UK 100 constituent after celebrating a 13.5% yearly increase in sales and another 100-odd store openings.

But to paraphrase Mike Tyson, every baker has a plan until they get pied in the face.

COVID-19 has not been kind to Greggs.

The company released a trading update on Wednesday that indicates it will see a 30% drop in revenues for 2020 compared to 2019.

And the question now looming over the bakery group is when it will be able to return to pre-pandemic profit levels.

Greggs CEO Roger Whiteside said in the trading update that it will be next year, at a minimum, before the company is able to start making the same amount of money that it did in 2019.

This doesn’t seem like an unreasonable prediction to make, with the ‘at a minimum’ point being key here.

It looks as though COVID-19 will be with us for the foreseeable future and that will undoubtedly continue to crimp sales at the baking chain.

Lockdowns are particularly damaging because, like its bougie competitor Pret a Manger, Greggs isn’t really able to tap into the realm of deliveries.  The company has started to sell through Just Eat but sales from the takeout service have been minimal.

Will it or won’t?

Of course, all of the above is predicated on the idea that it’s only a matter of ‘when’ and not ‘if’ Greggs will return to its prior levels of profitability.

Under normal circumstances, that probably wouldn’t be a fair assumption to make. But a pandemic is not exactly a regular occurrence.

In short, there is no indication that demand for Greggs has dropped, it’s just that people have either been forbidden from buying their goods entirely, or limited in their ability to do so by fear and social distancing measures.

Given these circumstances, the company has still done reasonably well. They still opened 84 new stores last year and 35 of those were franchisees, suggesting that there are still lots of people willing to put money on the line for the business.

At the same time, Greggs was able to finish the year with a fairly substantial cash surplus of £37m. In simple terms that means the company could pay off all the money it owes and still be left with that figure to spare.

The chain has also set up a £100m revolving credit facility for a three year period. This is a bit like a giant-size corporate credit card. Greggs will be able to access those funds if they need them, pay back what they’ve borrowed and then borrow more if need be.

Access to such credit is an indication that the group’s lenders have faith in its ability to repay them, which means they also believe in Greggs as a business. After all, they’ll only be getting their money back if those sausage rolls and coffees continue to sell.

Of course, there can always be unexpected events that derail a business. Just look at COVID-19. But given that the current crisis has been about health rather than the actual viability of Greggs itself, a snap back to pre-lockdown life would be welcomed by its shareholders.

So what does that mean for Greggs shares?

Greggs shareholders and any prospective investors will probably have read up to this point with baited breath, hoping that it all means shares in the company are set to go up.

Without wanting to make the former group feel too pleased with themselves, this doesn’t seem like an entirely unreasonable thing to believe will happen.

If we assume that Greggs is on track to return to prior levels of profitability, it would make sense to see shares in the company return to previous highs. Despite a 10% jump today, they’re still about 20% below the pre-pandemic levels at which they were trading.

Unlike other companies, the baking group also doesn’t seem likely to emerge from the pandemic with masses of debt weighing it down. This would make it much easier for the firm to slip back into growth mode.

That doesn't make Greggs a risk-free investment. There are still questions hanging over it as to how much growth there is left in the company.

For now, the baking chain has decent prospects. It operates 2,078 shops and has said previously that it has the capabilities to increase that number to 2,500.

The question is what would happen next? Just as Alexander the Great is said to have wept after conquering the known world, Whitehead could be in tears with no one left to sell vegan sausage rolls to.

The company could try expanding overseas. This is something the chief exec has said they will probably end up doing. But the last time Greggs went abroad it didn’t end well. The firm made an ill-fated foray into Belgium and ended up closing all its stores there in 2008.

Greggs’ growth problems aren’t going to arise tomorrow but they could be on the horizon. By pushing the company’s share price down again, the pandemic has hidden the fact that, 12 months ago, the value of Greggs’ shares arguably priced in its future growth opportunities.

So while there may be some short term gains now, if investors keep snapping up shares in the company and normal service resumes, it may mean that the price is pushed up again quickly. That would lead us back to the same position we were in a year ago, where the opportunity for an increase in its share price was much more limited by future growth prospects.

Tell us what you think about Greggs on the community forum:

Is Franco Manca expansion a mistake?

How to invest in investment trusts for income