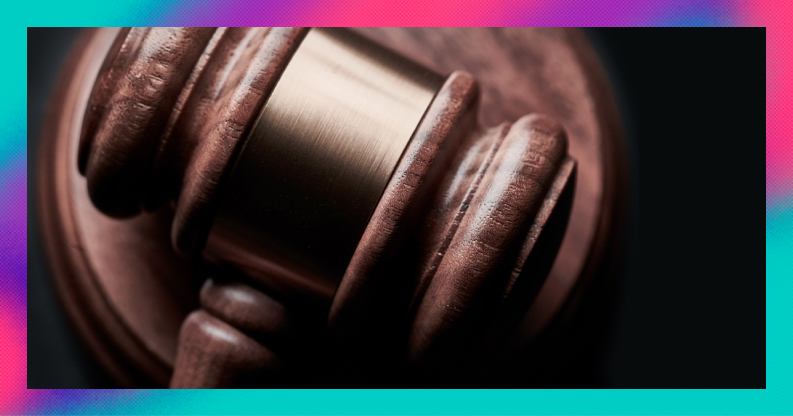 If you can spot quality when you see it, you can do very well for yourself.

Along with the bragging rights of owning a Sega Megadrive still in the box or a vintage FA Cup Final shirt comes the chance to make some real money.

But trying to spot that once-in-a-generation iconic product is a minefield. None of us know what future us will deem valuable or when it’ll come back into vogue.

There is a good lesson in there about the value of time though. The same is true of investing in shares. It might feel exciting to jump in and out of the market in the short-term but, ultimately, it’s that long-term view that can really rack up returns.

And the good thing is you don’t need to take a punt on a hot trend. As long as you aren’t tempted to mess with your shares (at least you can’t plug them in and play Sonic on them) leaving time to work its magic can do an enormous amount of good for your money.

There’s no harm in looking at non-stock market investments though. Wine, classic cars and things like physical gold have all drawn investors in over the years.

You might not have a spare Ferrari down the back of the sofa but the thought of finding an old Beanie Baby might be a decent cause for an attic clear out this weekend. It’s worth a look to see if time has been able to boost the value of your figurine (definitely not doll) collection as well as your ISA.

We’re all familiar with the traditional items one can invest in that will, hopefully, bring profit over time; stocks, property, and more recently cryptocurrencies. But have you ever thought about the seemingly random items in and around your home that have the potential to bring in a small fortune on eBay? Freetrade looked into the items we most commonly have that are the most likely to result in a notable side hustle.

Many of us have kept some childhood toys, for various reasons, from holding on to memories, passing on to our own kids, or simply because we struggle with throwing stuff out. But these forms of entertainment from the past could have generated you an enormous return on your investment by  2021.

When we hear Christian Louboutin, we think of the famous red soled shoes, not stuffed animals. However, the rare Leather Window Display Bear that used to be in the shoe brand’s windows, has been auctioned off on eBay for a whopping £139,774.93.

The second item generating a massive financial return is another soft toy. The Princess Diana Ty Beanie Baby, once available for under £4, was recently sold for an eye watering £100,000, 2,793,196% of the original price.

The top 10 most valuable toys sold on eBay

Who hasn’t had Pokémon cards at one point in their life? The collectables from the well-known children’s TV-show, that normally went for around £3, have been quietly compounding in value over the years. The most expensive one, Victory Cup 3rd Place - Battle Rd. Spring, sold on the British eBay site for a staggering £2,500,000. That is an impressive markup of 83,333,233%. Try reading out that number in one go.

The second most profitable collectable card is yet another Pokémon one, but this time a Japanese edition: No. 2 Trainer - Neo Spring Battle. It’s up for sale with a price tag of £1,302,186. That’s a 43,406,100% difference from the original retail value.

The third most profitable card is yet again another Pokémon card. This card from the previous century is one close to the heart for many born in the nineties. The Pokémon - Charizard - 1999 - Holo card sold on eBay for £349,999.00.

The top 10 most valuable collectable cards sold on eBay

Whilst comic books might seem old-fashioned and of little value, auction prices on eBay disagree. Action Comics #1, the first issue of the original run of the comic series, was sold to the lucky winner for a shocking price of £2,524,159.

Third place is for a superhero comic that has been making an iron strong comeback on the silver screen in recent years: Invincible Iron Man, number 3. Originally sold for just under £3, now auctioned off for £42,003.00. That’s about twice the price of the Iron Man car.

The top 10 most valuable  comic books sold on eBay

Did you know your old smartphones could be worth a fortune? Our analysis reveals the one that appreciated the most in value  is the NEC e616, with a retail price back in the day of about £45. Not only is just about every smartphone for sale these days a tad more expensive than that, this old flip phone from 2003 brought in a staggering £9,999.00 in 2021. That’s the cost of about 10 iPhones.

Third place is for what will probably go down in history as the ultimate cult gadget: the first ever iPhone. Originally priced at £354.27 back in 2007 when it first got released, it has now been auctioned off for £10,995.

The top 10 most valuable  smartphones sold on eBay

Flicking through a physical, printed magazine may seem a little old-fashioned, however, there’s plenty of glossies that have turned into a fine piece of real estate in today’s digital age.

The magazine with the second highest mark-up is a little less ancient, but almost just as valuable today. The October 2005 edition of Barstool Sports, also once sold for 10p, now carries a price tag of £7,079.40.

Third place is taken by Playboy Magazine. Their 40th anniversary edition from January 1994 to be precise. Although the total difference is a fair amount lower than the two top ranking glossies, this single magazine has brought in a whopping 1 million pounds on eBay.

The top 10 most valuable  magazines sold on eBay

Vintage video games and consoles have been on the rise in popularity in recent years. This is reflected in the incredible markup some old school games have seen on auction, with cult classics like The Legend of Zelda: Majora’s Mask - Adventure Set, which sold for 49,900% of its original price of £40.

The second most profitable game found on eBay is the nineties classic Chameleon Twist 2 for Nintendo 64. Sold in 2021 for nearly £10,000, makes an increase  of 24,888% on the original value.

Whilst skateboarding has seen a revival in recent years, Tony Hawk has long left the spotlight. Except the pixelated version of the professional skateboarder, as his game Tony Hawk's Pro Skater is now worth a small fortune. Today's eBay price is £7,201.45, a 17904% mark up from the original price tag.

The top 10 most valuable  video games sold on eBay

Invest for the long-term

This research goes to show the importance of buying and holding onto investments for the long term. When applying this to the stock market, a simple approach might be to identify quality companies, invest in them, and forget about them for years, allowing the powerful forces of compounding and time to take over.

Freetrade can help you along this journey. If you are a first time investor you might want to start with our guide on how to invest in stocks, or if you already have experience directly download our stock trading app.

But remember, the value of your original investment may go down as well as up and, with any investment, you could lose all the money you originally put in. That’s why it’s important to spread your hard-earned money across a number of stocks and ETFs, so that you diversify your portfolio and manage your risks.

Data collected from eBay is accurate as of July 6th 2021. Analysis includes live listings as well as items that have previously been on sale. Research did not include listings which appeared to not be genuine, included groups of items or had any special features that increased their value such as signatures. The value of items may be impacted by other factors such as condition and packaging.