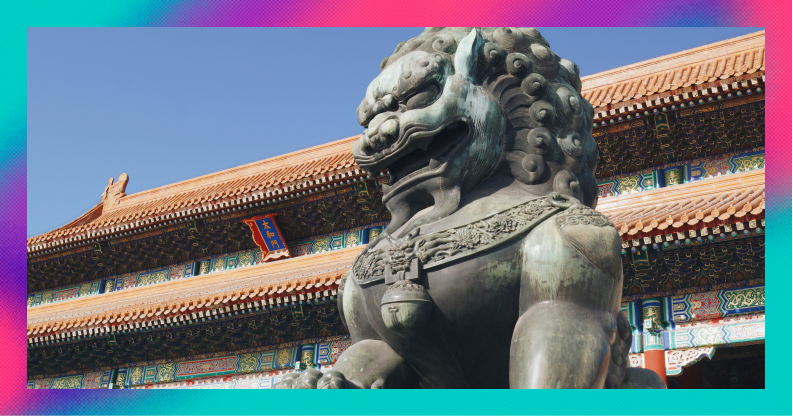 Consumer activity is a key measure in the East.

Another round of regional lockdowns in China is a timely reminder that the country isn’t rid of the virus just yet.

Despite stringent measures taken to curb the spread, health authorities in the country have identified a spike in cases in Hebei province, which borders Beijing.

The result is more than 11m people in the city of Shijiazhuang aren’t allowed to leave the city, with schools closed and mass gatherings banned.

Next month’s Lunar New Year holiday is clearly on the government’s mind - a time when families travel to meet, and the occasion that reportedly facilitated a rise in Covid-19 cases last year.

At the time we were only beginning to hear about the virus, with the intervening period showing us how quickly the narrative can change.

First in, first out?

From China being the focus initially, most of the latter part of 2020 was spent keeping up to date with the western world’s response to stopping the spread.

In part, that’s because in the summer investors were starting to see evidence of China being first in and first out of the crisis.

The regime’s ability to impose strict social shutdown measures and the cultural memory of the SARS outbreak both seemingly heightening a swift response to the spread.

And while that wasn’t the end of the story by any means, investors began to look to China as a kind of predictor of what might happen to western economies who were further behind in the saga’s chronology.

On the whole, stricter management of the spread so far, and seemingly stricter controls going forward, suggest the country is well-placed to deal with further waves, even if it can’t prevent them.

And the market has broadly indicated its acceptance of this. Shares in Chinese companies dropped less en masse and recovered quicker than their global counterparts over the course of the year.

One of the most important aims for the Chinese government throughout all of this is keeping the country’s consumer story intact.

The country has long been evolving from being the world’s toy factory to an economy of domestic consumption.

The rising middle class increasingly has the cash to spend and domestic companies have been encouraged by the government to serve them.

Coronavirus threatens to derail this, as consumers the world over have been physically restricted from in-person spending even if they have the money to do so.

The fall in the share of private consumption in China’s gross domestic product in the first half of 2020 was enough to undo five years of the transition’s progress.

Given China’s plans, it has more on the line than most economies.

But the situation has also granted one of the world’s most tech-savvy nations the opportunity to perhaps speed up the next obvious step to consumption: offline to online.

Online retail sales rose from 21% to 25% in the first half of 2020, with the online gaming sector growing revenues by over 22% in the same period, according to Société Générale.

Investors now have the chance to look at the firms demonstrating how to leapfrog established routes to market and capitalise on the pandemic.

Proponents of a spring back to normal consumption levels might want to look to new habits emerging instead.

While ‘consumption’ initially conjures images of luxury goods, growing wealth in the middle classes is finding other priorities.

Education occupies a special place among many Chinese families. With physical schools closing and face-to-face tutoring instantly impossible, online learning platforms have come to the fore.

Shares in the likes of TAL education, New Oriental and 51Talk have benefited this year, as they have been able to offer a suitable online alternative to in-person teaching.

Crucially, 2021 will shed light on whether that transition is deemed sustainable or families are just looking for a means to an end for now.

And for every direct beneficiary of the world’s move to tech like internet and data centre service firm 21Vianet and Tencent Music (a joint venture with Spotify), there are those which thrive on person-to-person business.

Personal insurance, a go-to for newly wealthy families, and long-dependent on physical meetings, has struggled - with shares only starting to look up when lockdowns ease.

China Life is a good example here. Its shares fell early in the year but rebounded as restrictions were relaxed after the summer. As spreads have made the news, it has slumped again.

Maintaining and raising domestic demand is high priority for China, to ensure a healthy labour market and to give people the chance to spend again.

But, much like the rest of the world, there will be casualties when all this is over.

Those who have failed to adapt and insist on a return to normal risk being leapfrogged by nimble market entrants able to usurp purely-offline propositions.

The longer we live without the physical goods and services we left behind this time last year, the more we’re likely to stick with what we’re using now.

That might just be an online education platform, an app-enabled insurance firm or even a used car ecommerce platform like Uxin.

The Chinese consumption transition is far from over but there’s every chance it is changing before our eyes.