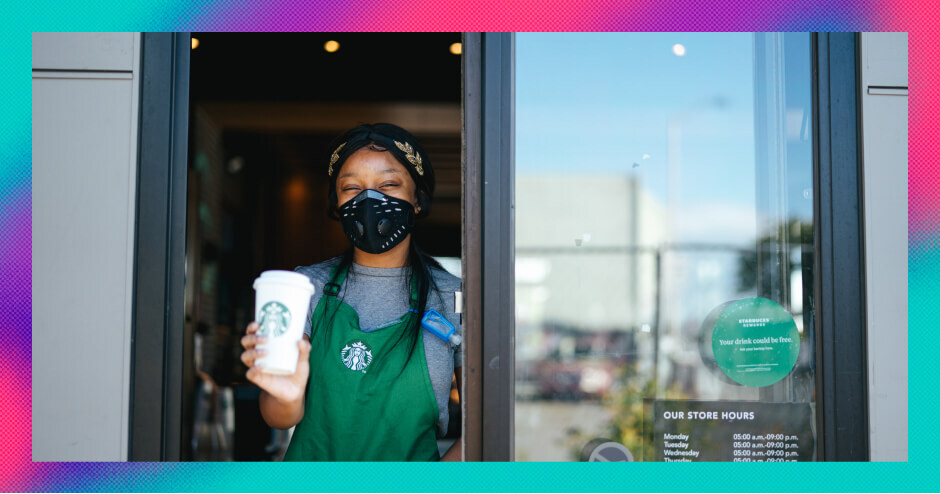 The coffee behemoth sits on a punchy valuation.

The market wanted evidence of a stronger recovery from the sector leader and showed their disappointment by dropping the stock in after-hours trading on Tuesday.

But that’s only half the story. Some big name investors are looking beyond the frantic quarterly trading activity to the long-term case for investing in Starbucks. The question is, which group has got it right?

Starbucks reported revenues of $6.7bn for the second quarter versus analyst expectations of $6.8bn as like-for-like sales rebounded from the doldrums of the pandemic hit to trade.

So a bit of a mixed bag but it did prompt the siren-blazoned giant to raise its full year  revenue guidance to the $28.5bn - $29.3bn range, up from previous expectations of $28bn - $29bn.

It’s how the firm can tackle the rest of 2021 and beyond that seems to be splitting the pack.

Although chief exec Kevin Johnson put poetry to work in explaining the opportunity for the group in the key inflection point ahead.

He said the chain is positioned “for the inevitable great human reconnection” the company sees unfolding in the US “and will propagate in every market around the world, where people once again connect with others face-to-face to heal, to belong, to reflect, to share and to celebrate.”

Whether that sentiment has already been baked into the current share price is anyone’s guess though.

A forward price to earnings ratio (PE) of around 40 does look high and will put off a lot of investors.

But what you get for that is a world-leading brand and one that fund manager Terry Smith snapped up during market dips last year.

The manager is known for buying high quality companies able to reinvest in themselves and foment even more market dominance.

For Smith, part of the attraction to Starbucks was the fact that its biggest competitor in China, Luckin Coffee, had to pay $180m to settle accounting fraud charges, having overstating its 2019 revenue and understating losses.

When an opponent loses ground, that dominance can grow even more. China is Starbucks’ second biggest market and could be ripe for the picking once normality resumes. The firm plans to have opened 600 stores in the country by the end of 2021.

A lot of investors will gladly pay up for a good company at a reasonable price but many won’t feel comfortable with the current high valuation despite the possible opportunity ahead in the US and in China.

It was the firm’s valuation that prompted Pershing Square Holdings manager Bill Ackman to offload his position in the coffee business over 2020.

In the Pershing Square Holdings 2020 annual report, Ackman explained, “We exited our initial investment in Starbucks in January 2020, and opportunistically repurchased a stake in the company at a highly attractive valuation during the March market downturn.

“Management has handled the COVID-19 crisis incredibly well, which we believe will enable the company to emerge even stronger following the pandemic. At the company’s current valuation, about twice the price we paid one year ago, our expected returns from owning Starbucks are below our long-term targets. As a result, we recently sold our stake.”

Will Starbucks stock continue to rise?

The near-term course of the Starbucks share price hinges on how it services customers, and how customers want to be serviced, as Covid restrictions end.

Johnson isn’t behind the door in how he thinks the firm will fare. On the post-corona transition he said, “Starbucks was built for this moment.”

The company boss is predicting a huge influx of customers who want to sit, sip and socialise when they can.

And it might just be that there are fewer places to do that.

Independent cafés and smaller artisan coffee businesses have been trying to chip away at the firm’s leadership for years. But, given the tribulations of the past year, many won’t be there when normality resumes for the rest of us.

The flipside of small competitors going out of business is that well-capitalised dominant companies can improve their market presence and reach.

While Starbucks’ focus on surviving the pandemic will have had little bearing on the viability of these businesses, there may just be fewer coffee shops to compete against.

Is Starbucks a buy or sell?

When the numbers come out, one thing investors tend to overlook is how much of a firm’s destiny it has in its own hands. If a company is just pushed from pillar to post by changes in the global economy or is relying on external factors to justify its very existence there’s an enormous amount of risk involved.

No company can control everything but the past year has given us a chance to see just how capable management teams have been at doing their best to take charge of the situation.

In the case of Starbucks, management quickly shifted to a drive-thru and delivery-only model at the beginning of the pandemic, with traffic tailbacks common outside its service hatches.

As bosses reopened locations where they could, sales showed strong signs of recovery. With many other firms, a 15% rise in revenues would be a success story, given the backdrop. But with Starbucks, it prompted a share price sell-off, such is the quality investors have come to expect from the company.

It won’t be an easy route back to normality but Starbucks has the kind of market presence, reputation for low level luxury and general cultural zeitgeist many brands emerging from lockdown would kill for.

Investors need to decide whether that is worth paying up for like Smith or, like Ackman, you think any positive future prospects are already baked into the price by now.

What do you think about the investment case for Starbucks? Let us know on the community forum:

Visa: is there still time to invest in payments?