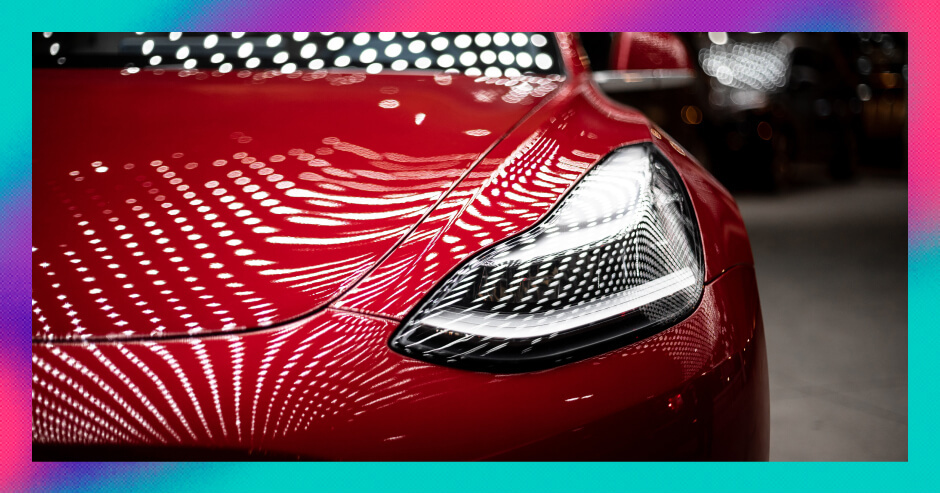 New technologies contribute to human development but that doesn’t mean they’re good for your portfolio.

Just over 150 years ago, the UK was in the midst of a manic scramble to buy railway line stocks. The craze started in the 1830s but really took off in the first half of the following decade.

Railway lines were a relatively new form of travel at the time and were thought to be the technology of tomorrow. That several early entrants to the industry also paid out massive dividends helped make the investment case too.

The boom began in earnest in 1843 when 63 companies applied to parliament for permission to build new lines the following year.

Two years later that number was 543, with The Times estimating there were actually closer to 1,300 projects when you factored in those that didn’t get to the point of applying to parliament.

But that ended up being the top of the market. After almost doubling in value in the prior two years, railway stocks fell by almost 20% in the final months of 1845.

This was obviously bad for the majority of investors. Most projects failed and lots of people, who had effectively been buying shares with leverage, lost their money.

But for the UK as a whole the outcome was positive. Railway mania, as it came to be called, played a major role in building up Britain’s railway infrastructure and helped the country to cement its place at the heart of the industrial revolution.

There’s an argument to be made that a similar scenario is playing out today in the electric vehicle sector.

Shares in green carmakers have surged in the past year, along with companies, like Plug Power, that make batteries and other equipment used in electric vehicles.

The S&P Kensho Electric Vehicles Index, which attempts to measure the performance of companies in the sector, has been on a tear in the past 12 months.

Tesla has been at the heart of this story. Elon Musk’s firm has seen its share price rise 1,367% in the past five years and by 362% in the last year.

Proponents of the company usually justify this high valuation on the basis of future growth.

Tesla, they claim, is going to dominate not just the electric vehicle sector, but also the market for solar panels, batteries and lots of other bits and pieces that will support our move to a green economy.

To give us some idea as to whether or not that is happening, we can look at the quarterly results Tesla released yesterday.

Revenue for the first three months of this year totalled $10.4bn — up substantially on last year’s $5.99bn but down from the prior quarter’s $10.7bn.

From that amount the firm was able to generate record net income of $438m.

There are a couple of caveats we need to look at here though. First of all, Tesla made $518m from selling tax credits to other businesses.

In the US and EU, regulators have put laws in place that mean carmakers have to hit a level of electric vehicle sales. For each sale made they are given a certain number of credits, of which they must hold a set amount.

As all of Tesla’s sales are electric vehicles, it means the carmaker usually has far more tax credits than it needs. It can sell the excess amount to other companies which don’t hit the amount of electric vehicle sales specified by regulators. For example, Fiat Chrysler has paid Tesla billions of dollars for its tax credits in the past.

The next thing to be aware of is that Tesla made $101m from selling Bitcoin last quarter. The carmaker had previously announced it was spending $1.5bn on the cryptocurrency and claimed the recent sales represented 10% of its holdings in the digital asset.

Add the gains from Bitcoin and tax credit sales together and you get $619m in revenue. That is a huge amount of money and far exceeds the company’s net profit for the quarter.

And although the Bitcoin sales are new, the tax credits are not. Tesla has repeatedly turned a profit solely based on its tax credit sales.

This is not to disparage the practice. Clearly there is big money to be made from doing it and, if you can, why not? But Tesla is supposed to be an automotive company and it should worry investors that a carmaker can’t turn a profit from selling cars.

As for Bitcoin, it’s obviously fun to look at something like this on Elon Musk’s Twitter and cheer it on for the ‘lolz’. But imagine if BMW, Microsoft or HSBC had taken what amounts to a $1.5bn foreign exchange risk onto its balance sheet for no reason. Shareholders would probably be outraged.

But that is what Tesla has effectively done and, leaving the memes to one side, it’s hard to see what benefit this provides to shareholders, beyond making the company’s latest quarterly results look a little better than they might otherwise have done.

Should you invest in Tesla?

That the reaction to this has been muted speaks to the double-standards so many people now hold Tesla to.

Fans of the company can say what they like but it is actually fairly abnormal to think that a carmaker’s profitability may hinge on whether or not it successfully sold part of its Bitcoin portfolio.

And this applies to more mundane matters as well. Tesla has been lauded by some for its ‘record quarter’ in terms of sales. That’s totally fair and the company’s sales numbers are pretty impressive.

But then Toyota, BMW and Lamborghini all saw record sales numbers in the first three months of the year, so the company was not unique in that respect. Plus Toyota, Honda and Nissan all sold more cars in China alone than Tesla did in the entire world.

Now you could argue that Tesla sells at better margins or that its cars make more money. Except it doesn’t and they don’t. Toyota, for example, made about $5.4bn in profit during the first three months of the year. Tesla made a net loss on its car business when you factored out those Bitcoin and tax credit sales.

These numbers don’t just make it seem like other car companies are better businesses than Tesla, they also suggest the firm isn’t eating anyone else’s lunch in the way it's supposed to be. That there is still big demand for other car companies’ products makes it tricky to see how there could be the sort of wild future growth that could justify Tesla’s current share price.

And that takes us back to railway mania. Trains genuinely were a novel technology and they did massively transform the way the world worked. But that did not mean the high share prices they carried with them were justified or that every company in the sector was amazing.

Looking at the present, there have been numerous failures and bankruptcies in the electric sector in the past decade — Fisker, Bright Automotive and Dyson to name just a few.

Tesla doesn’t look like it’s going to join those firms any time soon. But it’s also hard to see how it can justify its massive valuation at the moment unless it performs astonishingly well over the next ten years.

On top of that, the firm really needs to boost its margins. A car company cannot live by Bitcoin and tax credits alone, it needs to make money selling cars.

Tesla may very well do those things and it may indeed be a major player in a new, greener economy.

But our job as investors isn’t to speculate wildly on how a piece of technology might change the world in the distant future, it’s to make money. Until Tesla starts doing a better job at doing that then it’s worth being a little cautious about the firm’s prospects.

Bubbles like train mania and the current boom in electric vehicle stocks may make the world a better place and improve our lives. That doesn’t guarantee they’ll improve the value of our portfolios.

What do Gary Neville and investing have in common?