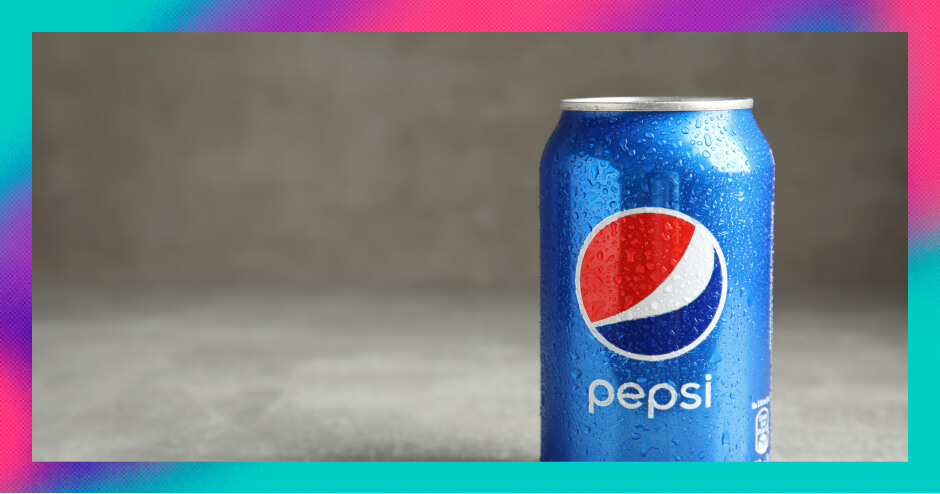 The soft drink company has come a long way in the past century and produced stellar returns for investors along the way.

An apocryphal story has it that Coca Cola was given the chance to buy Pepsi back in the 1930s.

The soft drinks giant apparently found the $50,000 price tag too expensive and thought the business, like so many other imitation cola companies before it, would simply peter out.

Obviously that’s not quite what happened. PepsiCo made just over $70bn in revenue last year, more than double the $33bn Coca Cola brought in.

And even though we tend to think of them as similar businesses, PepsiCo has branched out into the snacks sector in a way that Coca Cola never has.

The two companies do share a similar origin though.

Like Coke, Pepsi was created by a pharmacist in the American South during the second half of the 19th Century.

Odd though it may seem today, it was very popular to keep soda fountains in drugstores at the time and pharmacists would often make their own concoctions, usually containing a mix of flavoured drugs, including caffeine and cocaine.

It was from this milieu that Pepsi emerged in 1893 when it was created by pharmacist Caleb Bradham.

Over the next two decades Bradham’s business grew rapidly but things took a turn for the worse when the First World War started.

Sugar prices had already been pushed up by the conflict but after the US entered the war in 1917 the government imposed rationing which made the commodity even more expensive.

This actually hurt both Coca Cola and Pepsi as the two companies struggled to find a key ingredient for their respective drinks.

Neither company wanted to raise prices, meaning they were losing cash or seeing much tighter margins.

But the fatal blow for Pepsi came when Bradham, in a move reminiscent of last February’s GameStop rally, tried to take advantage of sugar shortages by buying a big batch of the stuff in the belief he’d be able to sell it on again for a profit.

Unfortunately for him the price did not keep rising, it fell off a cliff. As a result, he was forced to declare bankruptcy in 1923 and sell off his holdings in the business for $30,000.

Over the next decade, Pepsi would go bankrupt again and teeter on the brink of bankruptcy several times.

Probably the most pivotal moment for the business came in 1931 when it was acquired by Charles Guth, the president of Loft — at the time one of the largest candy makers and sellers in the world.

Guth initially struggled to make a success out of the business and in 1933 he allegedly tried to hock the business to Coca Cola. As we’ve seen, that didn’t work out.

But after Coke’s rejection Guth revamped the business, creating a new formula for the drink, changing the branding and — in the spirit of true competition — banning Coke from being sold in any Loft stores.

His work paid off over the next decade and resulted in Loft merging with Pepsi to become the Pepsi-Cola Company in 1941.

All of this hard work was then built on by Alfred Steele.

An ex-Coca Cola executive, Steele became Pepsi CEO in 1949. His main contribution was to massively increase Pepsi’s advertising and marketing spend. The result was an 11-fold increase in Pepsi revenue over the next decade.

The newfound popularity of the drink was such that then-Vice President Richard Nixon took Pepsi with him to a Moscow display about American life in 1959.

That trip also led to Pepsi becoming one of the only US products allowed to be sold in the Soviet Union. But because the USSR didn’t allow its currency out of the country, Pepsi was ‘paid’ with Stolichnaya Vodka, which it then sold in other markets.

At one point in the late 1980s, when a boycott limited the sale of Stolichnaya, this bartering agreement led to Pepsi swapping its soda for several warships, submarines and oil tankers, which it also sold off, although presumably the buyers were of a different variety than the ones purchasing vodka.

Another crucial moment would come for Pepsi in 1965 when it merged with snacks company Frito-Lay, the owner of Doritos and crisps brand Lay’s.

Along with acquisitions, like Mountain Dew in 1964, this period really set Pepsi up to be the conglomerate it is today.

Whereas previously the company had just sold its name brand drink, it then became the owner of a whole array of food-beverage brands and businesses.

At one point the firm owned KFC, Pizza Hut and Taco Bell. Those businesses were eventually spun off in the 1990s to become what is now Yum! Brands.

Others have stuck around. The firm still owns Lay’s, Dorito’s and Mountain Dew. Some other big-name acquisitions the firm has made along the way include Tropicana, 7 Up, Walker’s Crisps and Quaker Oats.

Having such a mix of brands in its portfolio is what allowed PepsiCo to surpass Coca Cola in revenues.

And in many ways it also means the two businesses are now quite different from one another. Coca Cola also owns lots of brands but it’s very much a drinks company.

Pepsi’s most famous product may belong in the same sphere but selling crips and oats is rather a different ballgame.

Is more growth possible for Pepsi?

The company does pose a similar conundrum for prospective investors though.

Coca Cola and Pepsi are both gargantuan businesses and their share prices have risen in conjunction with the massive growth they’ve seen over the past century.

Pepsi’s dividend has also compounded at an annual growth rate of 10% since 1955, a pretty amazing feat.

The thing is, whenever we hear about these sorts of stories it’s a bit like reading about Alexander the Great. At a certain point you feel like there’s going to be nowhere left for him to go.

In the same way, we can feel as though such a long period of massive growth, with such a huge market share across the globe, simply isn’t sustainable. Investing thus becomes a bad idea.

But the counterpoint to that is, to paraphrase Hillel the Elder, if not Pepsi, who?

The company has spent over 100 years building up its brand, product range and everything else that comes with running such a successful business.

If you think about the big oil and gas firms, no one has really entered the sector and managed to take their spot. Instead their increasingly poor investment reputation is down to technological change and our concern about the products they produce.

Similarly, it’s hard to see a competitor entering into the food and beverage space and knocking Pepsi off its perch. And that theoretically leaves the ground open for more returns to investors.

The choice is a tricky one but it’s really down to whether you think a firm that’.

BUZZ ETF: is it worth the hype?