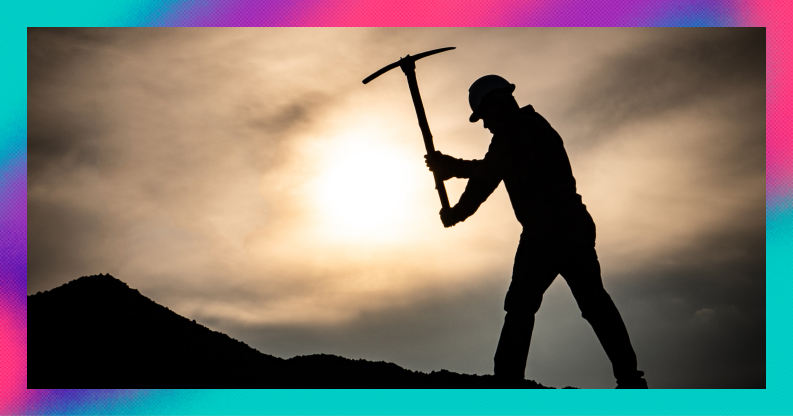 A wave of IPO and M&A activity has given a boost to JPMorgan and Goldman Sachs’ bottom lines.

Back in the 1840s, long before it had been taken over by flat white-sipping tech workers, northern California experienced a gold rush.

People flocked to the Golden State hoping to make a fortune by digging up that shiniest of precious metals.

Most of them ended up with nothing. But many of the people who sat by the sidelines and sold them the clothing and equipment they needed to start mining did.

Sam Brannan was one such person. Brannan owned one of the only stores sitting between San Francisco and the gold mines, meaning he was in prime position to sell pans, picks and other supplies to all the people rushing to go and dig around in the California countryside.

A supplier of sturdy trousers called Levi Strauss did quite well out of the whole thing too.

The gold rush has subsequently become a banal example of how, during any bout of human rambunctiousness, you should try to be the person selling the tools that allow people to engage in whatever activity it is they’re so excited about.

Your other alternative is to invest in the companies that are engaged in this sort of behaviour. And that’s probably what many Goldman Sachs and JPMorgan shareholders have been trying to do over the past couple of years.

The pandemic has seen a boom in fundraising activity. Companies raised $171bn through US-based initial public offerings (IPOs) in the first half of this year alone, surpassing the record $168bn that we saw in 2020.

This has coincided with a raft of dealmaking activity. Businesses across the world spent approximately $2.4trn on mergers and acquisitions in the first half of 2021 — close to $13.3bn every day and the highest amount ever recorded.

Walking in an investment banking wonderland

These sorts of numbers are likely to make the average investment banker start pumping “Everybody Dance Now” and traipse through the streets like Gene Kelly in Singin’ in the Rain.

The reason being that every IPO and each merger and acquisition requires a litany of advisory work, underwriting, research and brokering. And for providing those services, JPMorgan and Goldman Sachs can charge lots of money.

We can see the results of this in the companies’ latest set of quarterly results. Goldman’s investment banking division made $3.61bn in revenues, with $1.3bn from advisory services, $2.2bn from underwriting and just under $160m from corporate lending.

It was a similar story over at JPMorgan. The company’s investment bank made $3.6bn in Q2 of this year, which was slightly above 2020’s figures but more than double the amount it made in 2019.

The story is a little different for investors. It would be easy to look at these results, rush in and start buying up their shares.

But there are a few things to be careful of. First of all, the investment banking services that both companies provide make up a fraction of the overall revenue they generate.

Goldman’s investment banking team was responsible for 24% of total sales last quarter. At JPMorgan, it was just under 11%.

Those are not small numbers and the kind of bumper results they’ve produced can influence overall profitability. Nonetheless, investing in shares of either company solely on the basis that their investment banking teams are doing well would be unwise.

For instance, JPMorgan’s consumer lending division, which is substantially larger than its investment banking one, made over $1bn less this quarter than it did in 2019. Those sorts of revenue declines can eat into anything positive the investment banking team might do.

This is also a pertinent example because lending today is likely to be less profitable than it was prior to the pandemic.

Interest rates are now so low that, although banks can still make money from lending, it’s likely to be trickier than it was in the past. Both JPMorgan and Goldman generate a substantial portion of their revenues from loans, so it’s worth keeping an eye on how those parts of their businesses perform in the near future.

Another problem prospective investors face is the fact all this activity in fundraising and dealmaking is likely to taper off. No boom lasts forever, even if it’s impossible to predict precisely when it’s going to end

Executives at both JPMorgan and Goldman have said there is still plenty of business to be done this year and that it could extend into 2022. Beyond that, it’s hard to say what’s going to happen.

You can get an idea of what the drop off might look like by examining the two banks’ trading divisions.

Last year’s market crash created ideal conditions for Goldman’s trading teams to make a huge amount of money, which they subsequently did. But those numbers slumped by 35% in the second quarter of this year as markets started to behave less erratically.

A market crash, or even just a slowdown in the IPO and M&A space, would probably have a similar effect on Goldman and JPMorgan’s investment banking revenues.

And that points to a problem with trying to buy into any business selling allegorical picks to gold miners. Frenzies of activity are usually indicative of some type of short-term phenomenon, rather than a long-term trend.

Anyone catering to the crowd engaged in that activity can earn a lot of money from it while it lasts, but you can’t rely on the sorts of sums they make to continue forever.

Thinking of buying investment bank shares or are you steering clear of them? Let us know on the community forum: