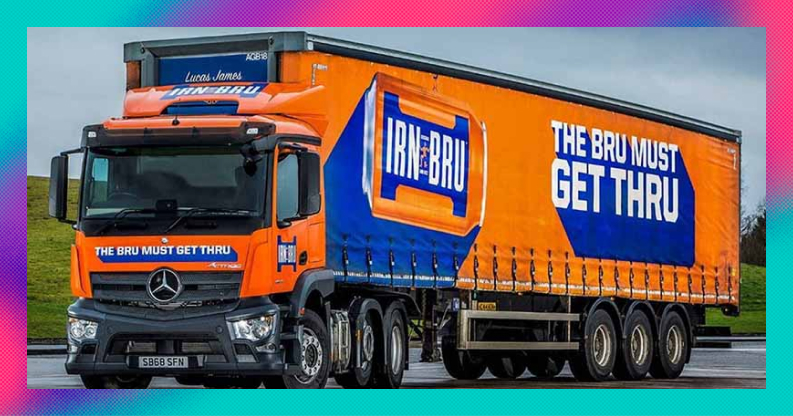 What’s coming up on the market this week?

The market has been at the forefront of a whirlwind of headlines these past few weeks. An Evergrande collapse knock-on effect seems relatively blown out of proportion for now. But worries over fuel shortages and a turkey-less Christmas are still getting airtime.

After BP warned its lack of lorry drivers could be a problem at pumps across the UK, panic fuel buying ensued this weekend.

Insufficient meat’s a growing concern too. Nando’s doesn’t have enough chicken, and now there may not be enough turkey to go around this Christmas.

Ongoing talk of empty shelves and drink-less kegs will likely play on the minds of investors watching AG Barr and JD Wetherspoon report this week.

Earlier this year, Wetherspoon spoke of not having enough lorry drivers to haul drinks to its pubs.

That’s also a problem for AG Barr who, on top of transport issues, is also facing mounting challenges in accessing a key ingredient - CO2. Without it, profit for the remainder of the year could end up a bit flat.

It’s also a big week for UK retail, with Next and Boohoo reporting interim results.

Investors will be curious as to whether both firms have been able to sustain digital demand after bricks-and-mortar shopping resumed earlier this year.

Boohoo’s also been desperate to find ways to impress investors, after a messy few years leading to a reputation about as tarnished as the seams on its 99p dresses.

In an effort to prove the firm’s improved factory conditions, Boohoo opened up doors at a number of its UK manufacturing sites to prove it’s gone from talking the talk to walking the walk.

But, given the firm’s struggling share price over the past few years, it’s likely going to take a lot more than running a few facility tours to get investors back onside.

In terms of companies, some of the biggest names reporting earnings are:

It’s important to highlight that this is just a look ahead, not a suggestion or recommendation that you buy or sell any of the securities mentioned.

Our resource hub for investing in the stock market might make that blend a bit clearer for you and our guide on how to invest in stocks is a great start for first-time investors. If you are still unsure of how to pick investments, speak to a qualified financial advisor.

Stocks to watch this week:

AG Barr, the drinks maker behind Scotland’s favourite orange beverage, was off to a good start this year.

In July, the Irn-Bru and Rubicon firm announced it was expecting full-year profit to be ahead of pre-pandemic levels. AG Barr attributed a successful rebound to more “on the go” shoppers who were back out and about, grabbing a beverage en-route to work or a day out shopping.

The hospitality sector was also to thank, with restaurants reopening doors and stocking up on its soft drinks.

Profits for the first half of the year are expected to be £134m, an 18% increase from last year.

Though looking forward, AG Barr’s second half might fizz out.

As the UK continues to face a CO2 shortage, several suppliers have now shut down factories in an effort to cope with record-high natural gas costs.

So it’s a battle to capture some of the little remaining CO2 on the market. And as demand for the gas increases, AG Barr’s profit margins could take a hit. Especially since the firm was already predicting a weaker second half even before all this talk of “we’re running out of everything” took off.

Next pulled off an impressively swift transition from physical to digital throughout the pandemic.

Even once retail reopened back in April, the firm’s first-quarter online sales were still vastly outperforming bricks and mortar revenue.

Though Next was adamant the growth wasn’t as simple as transferred spend from shoppers now preferring online shopping to its retail locations.

The big drivers for digital sales were Next’s homeware and childrenswear, as well as an uptick in overseas sales.

But investors may be worried the UK’s transition back into offices will mean the initial pandemic spend on decorating and sprucing up the house will decline. And as the UK’s consumer confidence number took a tumble this month, discretionary spending could be about to take a hit.

But the real question on investors’ minds will surely be around dividends.

Earlier in the year, Next announced it would return £240m to shareholders. With £140m already paid out earlier this month, the retailer said the remainder will get doled out to shareholders in January.

That’s not nailed on though. Surprise, surprise - the retailer’s yet another to be dealing with freight capacity issues, materials shortages and not enough lorry drivers.

That’s a good fleet of excuses if Next’s looking for some scapegoats, should it decide not to stick to the dividend plan.

What stocks are you keeping up to date with? Let us know on the community forum: