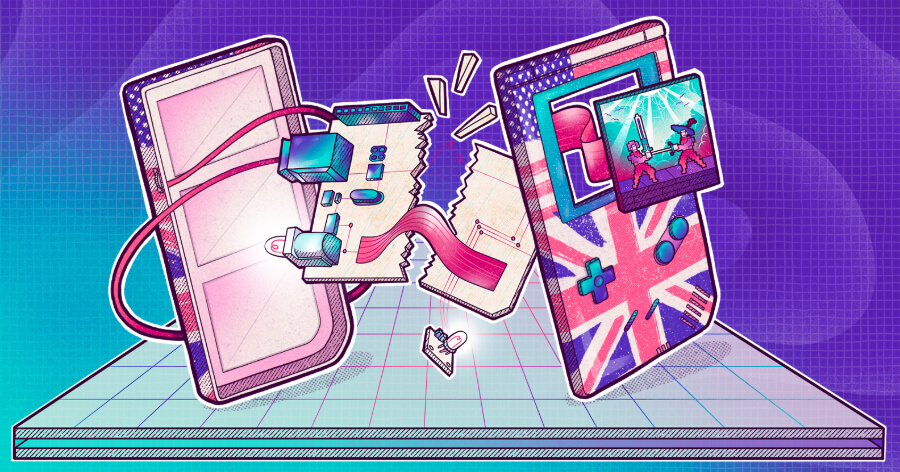 Protectionism is in the air. That’s what it feels like anyway.

Last month saw the US government forcing TikTok to sell off its entity in the Land of the Free.

Now people in the UK and China are getting mad about US chipmaker Nvidia’s proposed takeover of Arm — a Cambridge-based chip designer.

Opponents of the deal want the UK government to intervene and either influence the terms of the agreement or stop it all together. Chinese regulators may attempt to scuttle the acquisition too.

You may ask why all of this is happening. Shouldn’t politicians stay out of business? Isn’t free trade always good and government intervention bad?

Apparently not. Or it could be that the world we’re living in is changing.

One of the key drivers of the ongoing disputes over TikTok and Nvidia is the US-China trade war. It also explains why government forays into the world of business may start to become more common.

In simple terms, it seems that the US is not keen on relinquishing the role it has played as the only global superpower since the collapse of the Soviet Union in 1991.

Fortunately for us, the conflict between the two countries has now largely remained in the sphere of economics. Disputes over money are usually preferable to ones involving guns. But that doesn’t mean they’re problem free.

What both China and the US seem to realise is the outsized role that technology companies have in our lives.

As we pointed out earlier this week, Amazon, Apple, Alphabet, Facebook and Microsoft are now collectively worth over $6 trillion, more than the entire GDP of the UK and France combined.

‍
Such huge companies represent a powerful mix of soft power and economic clout. Those firms can spread US influence abroad and rake in vast sums of cash at the same time.

This is not to mention the security aspect of the technology they tout. There is a good chance that companies like Google and Facebook work with US intelligence agencies.

For China, that makes the prospect of US firms entering their country a worrying one — which is probably part of the reason Facebook, Google and Twitter are all banned there. The Chinese government doesn’t want those firms handing its citizens’ information to the CIA.

The reverse is also true. TikTok was ostensibly banned in the US because of fears that American users of the app would have their data passed on to Chinese intelligence agencies.

WeChat is probably the best example of this. It started out as a messaging app but has branched out into taxis, e-commerce, payments and business communications.

The app, which is also facing a ban in the US, now has over a billion users, about 100 million of which are outside of China.

This success points to a form of industrial policy — the laws and regulations that governments use to guide economic growth — that has been particularly popular in Japan, South Korea and China.

In short, they have prevented large, foreign businesses in certain industries from operating in their countries. They did this so that they could develop local companies in those industries.

There is a logic to this. If you are trying to build a company like Facebook but you have to compete with Facebook, you’re unlikely to do well.

The social media giant has so much money and manpower behind it that it will be hard to beat them. But if Facebook is not allowed to enter the market you’re in, you stand more of a chance of succeeding.

Western countries have long advocated against these sorts of policies.

Politicians like Ronald Reagan and Margaret Thatcher have pushed for free markets, with companies able to easily cross borders in order to sell their goods and services.

As the uproar over the Nvidia-Arm deal shows, this seems to be changing.

There is an increasing demand in the West from both people and politicians to take a more interventionist approach to the economy. A huge part of Donald Trump’s presidency, for example, has been focused on the shortcomings of free market economics and how other countries are using the system to ‘cheat’ the US.

There are a few reasons for this shift. Regular people seem to be increasingly disdainful of shifting jobs to cheaper markets abroad and letting foreign companies undercut local ones.

For governments, a slightly different thought process may be at play. South Korean economist Ha-Joon Chang has argued that countries with big, successful companies are more likely to want free trade because it gives those firms the opportunity to become predominant in foreign markets.

Many western companies are in this position and have been for a long time. Now non-Western firms, particularly Chinese ones, are becoming increasingly assertive in the global economy. That Huawei was on the cusp of building a huge part of the UK’s 5G infrastructure shows the threat that this could pose to Western businesses.

At the same time, Europeans are also questioning their own reliance on US technology firms. The response to the Arm acquisition is one example of this but it was also evident in the EU’s GDPR laws, which were most damaging to companies like Google and Facebook.


What does this mean for me?

All of this may just seem like a mixture of political talking points but ultimately the economic policies governments pursue have a huge impact on businesses — the same businesses that you may end up investing in.

Unfortunately, it's also extremely hard to predict the outcomes of interventionist policies.

We can see this in the whole TikTok debacle. Tech firm Oracle has formed some sort of agreement with the video streaming app so that it can continue operating in the US.

But it doesn’t follow that Oracle shares are a must-buy as a result.

China’s government has already put in place restrictive export laws in response to US authorities’ treatment of TikTok, the long-term consequences of which are hard to know. There’s no reason to assume it won’t do more in the future if relations with the US continue to deteriorate.

That leaves us with that old and cliched piece of financial wisdom — hold a diversified portfolio.

Yes it’s hard to pick winners and losers in an increasingly crazy world, but investing in a wider range of assets is one way to improve the chances that you’ll be immune from any fallout from government trade wars and erratic economic policies. Stay safe out there!

Is it time to sell US tech?