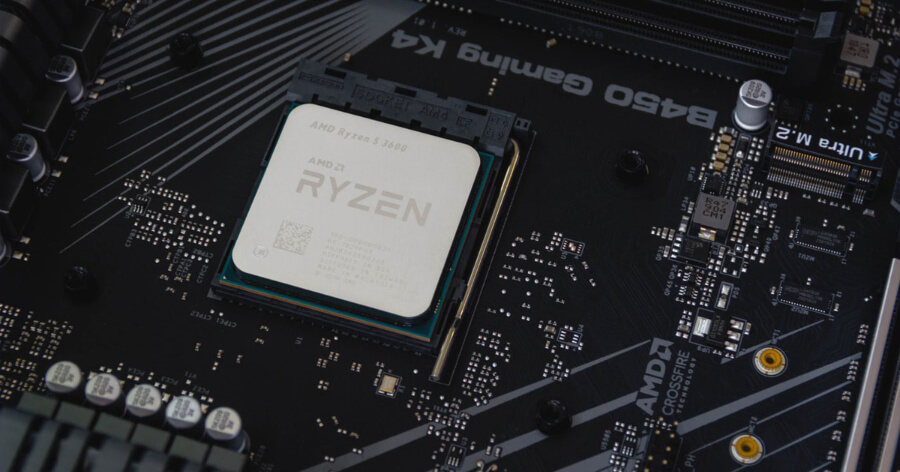 Investing is fun because it lets you own a stake in companies you interact with on a daily basis.

Amazon, Apple and, of course, Greggs all have shares that can be bought and sold on the stock market (and on Freetrade).

But investing is also cool because you end up learning about huge companies that you’d never heard of before.

Take the Compass Group. It’s one of the biggest companies onand might be the largest catering company in the world. Most people haven’t heard of it.

The same is true of another Freetrader favourite — Advanced Micro Devices.

What is Advanced Micro Devices?

There’s a good chance that you own a product that’s partially powered by Advanced Micro Devices. You might even be reading this on one of them right now.

If you’ve ever taken one of those green pieces of plastic, covered in solder and tiny wires, out of a computer, it might have been made by AMD.

Many gamers love AMD because the company builds processors and graphics cards specifically for them.

A short history of AMD?

It may produce high-tech products but AMD isn’t a new company. In fact, it has its roots in the early days of Silicon Valley.

Way back in 1956, a scientist named William Shockley decided to launch a company that manufactured semiconductors. His plan was to produce transistors, a vital component of most electronic devices, using silicon — hence Silicon Valley.

Some scientists, who were unhappy with Shockley’s management style, would go on to found a company called Fairchild Semiconductor in 1957.

Two major chip producers emerged from Fairchild. One was Intel. The other was AMD.

The latter was founded in 1969 by eight executives from Fairchild, led by a man named Jerry Sanders.

What does AMD do?

When Saunders and his team first started the company, they produced chips for the nascent computer industry.

Though there have been some twists and turns along the way, the company’s main focus is still on building chips and processors.

But that doesn’t mean it hasn’t done anything else.

In 1980, for example, the company started providing products for the telecommunications industry and, in the mid-2000s, it started producing chips for mobile phones.

The firm has also managed to enter certain markets and then leave them when they didn’t prove to be successful.

For a long time, the company produced flash memory devices, such as USB drives. But it sold off this part of its business in 2005.

When did AMD go public?

Investors got their first taste of AMD in 1972.

AMD did not do this via a stock exchange. Instead, it sold those shares directly to investors — something that traders call an ‘over-the-counter’ transaction.

It wasn’t until 1979 that the firm went public properly and AMD stock began trading on the New York Stock Exchange.

The technology firm remained on the NYSE until 2015, when it switched to NASDAQ — a rival exchange.

AMD shares have increased in value exponentially over the past five years. In February 2015, the company’s stock was trading at just over $3. Today it’s trading at close to $50.

A number of factors likely explain this. For one thing, we’re in the midst of a bull market and many stocks in the US have performed extremely well over the past few years.

Gaming has also contributed to the company’s success.

In 2016, the company made $4.32 billion from processors and graphics cards. That figure grew to $6.47 billion last year.

But any investors wanting to jump in should still look back at AMD’s past performance.

In 2000 and 2006, AMD shares were trading at levels not so different from today. On both occasions, the price came crashing down.

It’s interesting to look back at AMD’s history and see that, in many ways, little has changed.

Its headquarters remain in Silicon Valley. Intel continues to be the company’s biggest competitor. The firm is still making the nuts and bolts that make computers work properly.

On the other hand, AMD now operates in a totally different world.

Pong, the first video game, was released in 1972, three years after AMD’s founding. Today, the company makes billions of dollars a year from equipment used for video games.

For some investors, this might be a real positive. Many firms crash and burn in the face of new technology but AMD has proved remarkably resilient and adaptable to change over the past half-century.

Shareholders will be hoping that it can do the same for the next fifty years.