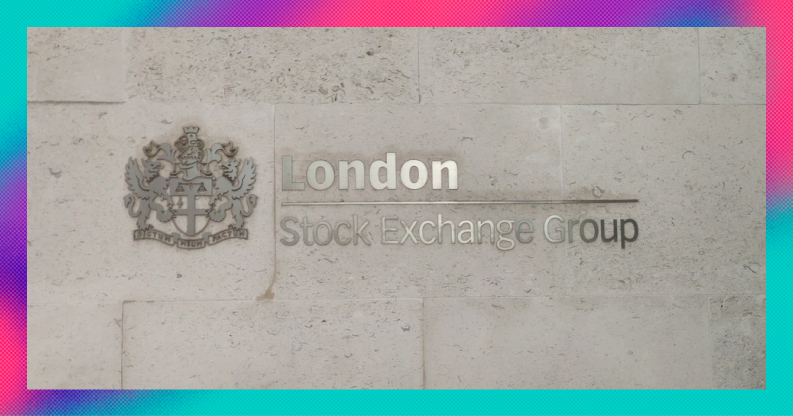 The London Stock Exchange’s (LSE) Alternative Investment Market has something of a wild west reputation.

AIM, as it’s known for short, contains most of the UK’s small cap stocks and has lower regulatory barriers to entry than the LSE’s main market.

That’s resulted in a few speculative plays and scandals over the years. But to tar all firms on the exchange with the same brush would be very unfair.

Some big name companies, including Fever-Tree, are listed on the exchange today.

So it’s not surprising lots of people invest in companies listed there. And today we’ll go through the five most popular AIM stocks with Freetrade customers.

Given its size and fame it’s odd to think of Boohoo as being on an exchange that’s generally associated with smaller companies.

But in many ways that’s testament to how rapidly Boohoo has grown since going public in 2014.

Combined with regular profitability and reasonably low levels of debt, that has meant the company has attracted plenty of investors and seen its share price rise substantially over the same period.

But that doesn’t mean it’s been problem free. Boohoo came under heavy scrutiny for its use of cheap labour in mid-2020.

Poor pay and working conditions were uncovered, sending its share price plummeting. Aberdeen Standard, one of the clothier’s biggest shareholders, even dumped its entire stake in the business when those reports came to light.

Boohoo has done much to repair its reputation since then. It scuppered deals with hundreds of contractors and banned its main suppliers from subcontracting their orders. Famous judge Brian Leveson was also brought in to oversee the company’s supply chain.

That’s helped the firm repair some of the damage — although its shares haven’t recovered to the highs they were trading at previously.

Obviously that’s not great for any long-term shareholders. But from the outside it’s interesting to see a balance at play between profitability and environmental, social and governance (ESG) concerns.

Lots of investors talk about ESG but it’s sometimes hard to see it actually having any meaningful impact on their investments.

In Boohoo’s case it genuinely seems like it’s holding their share price back, showing that the bottom line isn’t the only thing prospective investors need to be aware of.

ITM Power is a green energy company that makes a range of hydrogen power products.

That includes fuel for vehicles, storage facilities and power for industrial purposes.

ITM went public in 2004 and has spent much of that time researching and developing products.

As a result, its efforts have been more focused on developing novel technologies than making money.

But the company has continued to attract investment, including a £150m raise in October 2020. Of that amount, £30m came from Snam, one of Italy’s largest energy businesses.

One of the frustrating parts of writing about a company like ITM is that you can see how they could do well and, given the environmental benefits their products offer, you may even want them to succeed — regardless of whether or not you’re an investor.

Still, the company remains something of a speculative play. We don’t know what the future of green energy will be or what role ITM will have in it.

Yes, it may do extremely well but it might actually be running into the exact opposite problem Boohoo is dealing with. Green energy is one of the most popular sectors with ESG-focused investors but sooner or later the profits need to back up the long-term case for the company and the industry.

Like Boohoo, ASOS has benefitted from the pandemic push to online shopping. The firm also acquired Topshop and Topman after owner Arcadia was pushed into bankruptcy.

But even prior to the coronavirus, ASOS had been enjoying some success.

Revenue has increased at an average annual rate of 23% during the past five years. Profits saw similar levels of growth over the same period, although they’ve also fluctuated more erratically.

Most of those sales have come in the UK but the firm has made strong headway abroad too. Revenue from the European Union almost matched UK sales last year, with the US contributing £400m to the company's coffers as well.

Expansion abroad has come with some teething issues though. ASOS saw a substantial drop in profits back in 2019 after problems arose at warehouses in the US and Germany.

For now those problems do seem to be behind it and the company has just raised £500m through a bond issuance, which it says will help it grow its operations outside of the UK even more.

After a relatively long period of growth, it’s always tempting to assume that a firm’s sales increases will have to plateau or even drop. But ASOS looks like it will try to keep expanding for a while yet and, if it succeeds, that should mean more sales.

Investors seem to think that’s likely to happen as well. The shares are currently trading at 30x earnings, not a wild amount but certainly enough to price in a decent amount of future growth.

This doesn’t seem too speculative. After all, ASOS has delivered in the past and it seems reasonable to think it could do it again. How it invests that £500m over the next couple of years will give us some indication of whether or not that’s the case.

Like ITM Power, Ceres is a UK-based renewable energy company.

It differs markedly in the way it operates though. Ceres builds fuel cell technology that it then licenses out to other companies, much as Arm does with its chip designs.

The benefit of this is that it could end up having better margins than other companies in the sector. That’s because licensing out technology typically means you need less physical infrastructure and hence have lower costs.

But even if that potential is there, it’s still early days for Ceres. The company is loss-making and has to invest much of its cash into expansion and research and development.

There are some positive signs for investors though. The past couple of years have seen the group ink deals with Bosch, Doosan and Weichai — all major engineering companies.

Bosch and Weichai have also invested substantial sums in the company itself, which is at least a superficial sign they believe in Ceres’s technology.

Still, it’s likely to be years before the company starts to see regular profits, so prospective investors will probably have to be in it for the long-haul if they want to benefit from any success the firm might see.

Last on our top five list is AFC Energy, another company in the renewables sector.

AFC is probably the earliest stage company of the three renewables businesses on this list.

That means there’s little in the way of earnings or financials to analyse and see if the firm is worth putting money into.

AFC has formed some partnerships, most notably with Spanish construction group Acciona, and those could turn into stronger sources of revenue if its technology can provide meaningful value to the companies involved.

But it’s very early days here and, even if you really believe in AFC, it would be a risky move to allot a substantial part of your portfolio to the company.

Investment manager Robert Kirby gave a speech at the height of the Dot Com bubble that may also be worth bearing in mind before buying into businesses like this.

“No one would deny that the Internet and the world wide web are having and will continue to have a huge impact on the world's economy and on the life styles of everyone in it,” he said.

“However, I am not at all sure that it is greatly different than the development of the telephone or the television or the automobile or the transistor. All of these inventions caused dramatic change and huge growth but all in due course, as is true of most industries, ended up with at least ten failures for each success and with an oligopoly dominated by a handful of mature companies.”

In short, lots of companies might be in an industry that’s going to boom. But being in a booming industry doesn’t guarantee a company success. So be careful of making riskier investments like these and be aware they may not pay off.