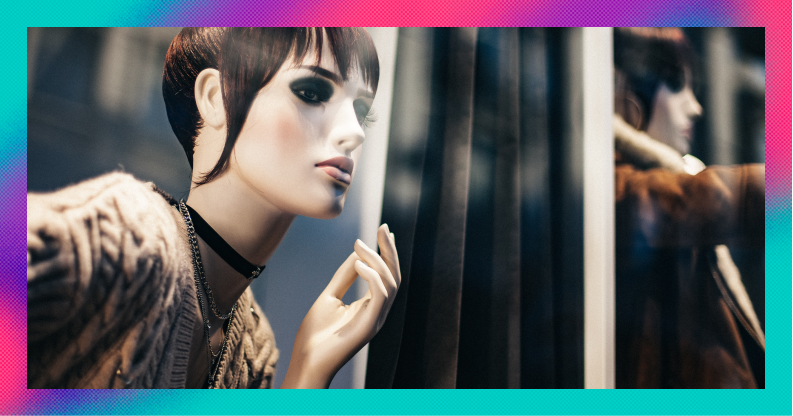 The group has failed to adapt to changing times

Up until the early 2000s, Arcadia was a byword for pastoral fields, Eden-like tranquility and untouched natural beauty. Today it just makes you think of Philip Green, emo skinny jeans and racks of poorly stacked Topshop shoes.

And Green’s retail empire is now on the cusp of collapse. As we published this on Monday, the Arcadia Group, which owns Topshop and Dorothy Perkins, looked as though it would be heading into administration.

Much of the media has declared all of this to be another example of British retailers dying.

There is some truth to this but then such claims have been made since the 2000s, which is rather a long time to be dying for.

Instead of slowly passing away, it may be fairer to say that the high street, whether it be in the US or UK, is just changing.

The main driver of this is the internet. In November 2006, online sales accounted for 2.8% of all UK retail revenue. The equivalent figure for this October was 28.1%.

The pandemic may accelerate the degree to which we shop online too.

In February of this year, only 19% of retail sales were online. The subsequent surge in internet buying, which was in large part due to physical stores being closed, represented the largest increase in online spending since 2006.

It’s this trend that has been the main cause of Arcadia’s demise. Unlike some of its competitors, the group was slow to build up its online presence.

Philip Green personifies this sluggish transition into the future.

The businessman is famous for using a Nokia from the early 2000s and has repeatedly said how much he dislikes various technological developments that have taken place over the past decade.

During that time, online outlets Boohoo and ASOS have emerged as major players in the UK fashion industry. Other clothing companies, like Next and Zara, have also managed to build solid e-commerce lines, as well as improving their existing product range.

But Arcadia hasn’t just failed to move with the times technologically, it’s also struggled to compete when it comes to business models and style.

Zara and Boohoo, for example, have managed to build supply chains that let them bring products to market quickly and cheaply.

That has enabled them to both undercut competitors and sell more of the products that people actually want.

It also means that they can cater to changing trends in the fashion industry, something that Arcadia brands have often failed to do.

Athleisure, for example, has been growing in popularity for several years. But Topshop only released its first line in the style two weeks ago.

It’s exactly this sort of ‘too little, too late’ behaviour that has led the retailer’s owner to the position it’s in today.

To be fair, there are probably numerous other reasons why Arcadia has failed and, if the company enters administration, they’re likely to be revealed.

But it’s easy to see how Green’s mindset could have been a big contributing factor — and one from which most other problems flowed.

As much as the press love hating him and portraying him as a greedy retailer, the Arcadia chairman’s talent lies more in finding failing businesses, buying them (or their stock) cheap and then selling them on at a higher price. This is how he managed to make a £300m profit on the breakup of the Sears chain in the late 90s.

And there isn’t anything wrong with doing this. In fact, it requires both a lot of grit and good deal-making skills.

But what Arcadia needed over the past decade was meaningful strategic change, not deal making. Instead, the firm seemed happy to languish in the 2000s and barely changed its offering to cope with the huge changes in the retail sector.

Meanwhile, Green probably felt that his mission was complete and felt content to milk the cow that has provided him with billions in dividend payments since the early 2000s.

Given that almost his entire career has been spent picking at the carcasses of failed retailers, there will likely be many watching the offers come in for the businesses that Green owns with great schadenfreude.

Sports Direct owner Mike Ashley has reportedly made a loan offer to Arcadia and plans to bid for the group if it’s rejected.

Boohoo, which has already acquired Karen Millen and Oasis in the past year, is another likely contender.

But any investors looking to take advantage of acquisitions by listed firms should remember to proceed with caution.

After all, there’s a reason that Arcadia is going into administration — it’s not working.

Any effort to turn the company around will require lots of changes and huge sums of cash.

And you’d have to be Philip Green to get rich overnight doing that.

How to invest in the top EV stocks