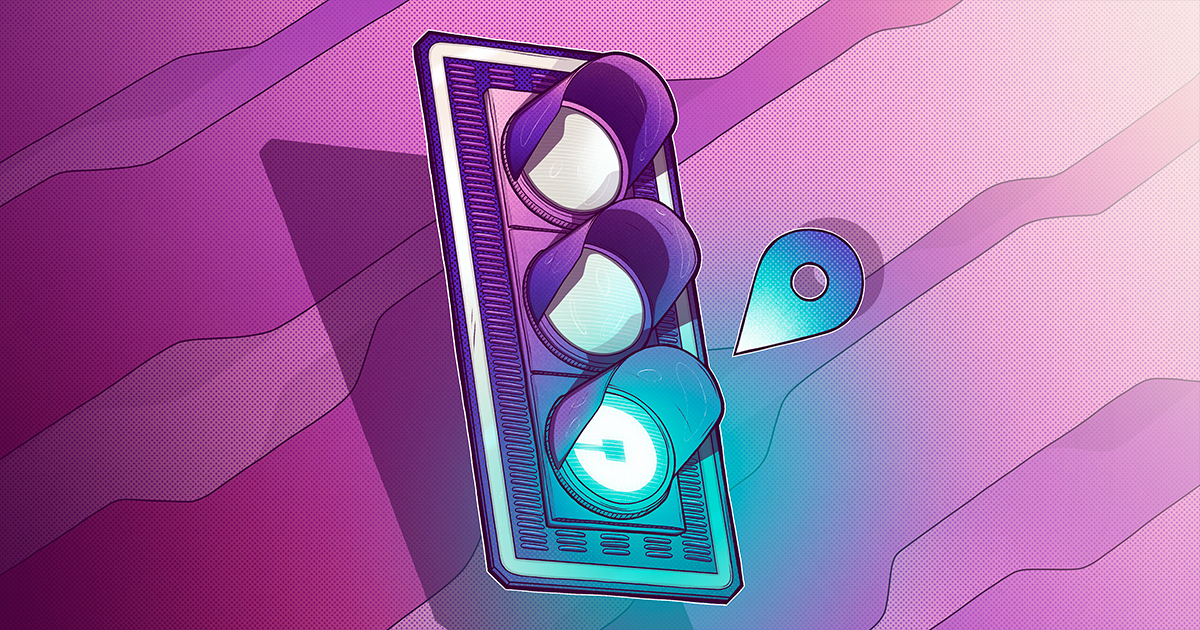 The ride-hailing app has gone over a decade without turning a profit.

Anyone that took a black cab in London prior to 2012 can tell you how expensive it was.

A ride across the city often meant racking up a bill in excess of £50. Iconic status or not, black cabs made for pricey trips.

Not only did they also cost a lot, but they often provided a shoddy service, with the unpleasant smell of Forest Fresh car fresheners and trashy radio songs the hallmark of a late night journey home.

In short, this was an industry that was ripe for some competition.

Like so many of the tech companies we use today, the ride-hailing service has its roots in San Francisco.

It was founded back in 2009 by Travis Kalanick and Garrett Camp, one of the creators of StumbleUpon.

The actual concept of a ride-sharing app appears to have been Camp’s, with Kalanick initially joining as an advisor of sorts.

Like those same people suffering in London, Camp had found hiring cabs in San Francisco too expensive for his taste.

He figured the cost could be reduced by having people share the ride but also by improving the connections between customers and drivers.

After all, taxis driving around looking for rides or being dispatched from a central rank are not particularly efficient in terms of time or cost.

It took until 2010 for Uber to start taking its first passengers in San Francisco.

But things took off rapidly.

By the end of 2011 it was active in most major US cities and had expanded abroad to Paris. The following year it was in the UK and Canada.

Since then the firm has not only become active in close to 100 countries, it’s also started to offer lots of different services.

Uber Eats is probably the best-known of these but the firm also provides courier services, runs a freight transport business and rents out e-scooters.

Amidst its meteoric rise, Uber has attracted a huge amount of controversy. There have been a few reasons for this.

The first was internal. Uber quickly became renowned after its launch for what one journalist famously described as an “asshole culture”.

There were several villains to the story but Kalanick, CEO at the time, was at the heart of things.

The now ex-Uber CEO has lived a life that’s probably worthy of a book somewhere down the line.

His first business, a Limewire-esque file sharing site called Scour Exchange, collapsed in the early 2000s when it was sued for $250bn by members of the music industry.

Not long after that he set up a similar file sharing site called Red Swoosh. He eventually sold it for $19m in 2007 amidst accusations that he had committed tax fraud during his time at the firm.

When he wasn’t working, Kalanick almost ran to become Governor of California and became the number two ranked Wii Tennis players in the world (seriously).

Back in the real world, his problems at Uber began in earnest in 2014 when one of his close advisors, Emil Michael, was caught suggesting the firm hire journalists and investigators to look into the “personal lives [and] families” of reporters that gave the company bad press.

This was said in response to reports that Kalanick presided over a business that allowed sexism to flourish.

Similar accusations, along with credible allegations of fraudulent behaviour, ultimately led to Kalanick being forced out by Uber investors in 2017, along with several other senior employees.

Uber’s work culture was just one hurdle for investors to overcome. It also had to make money.

And the company has made some seriously questionable decisions in its quest to turn a profit.

The ride hailing app has regularly flaunted employment laws across the world, to the point that it has been banned — either entirely or in certain cities — in numerous countries, including the UK, France, Germany, Italy, Hong Kong and Australia.

At the same time, the firm has done some creepy things to target customers and avoid law enforcement.

That includes tracking its customers’ phone data even after they’d deleted the Uber app, using software to monitor police officers who were looking to catch drivers operating illegally and installing panic button software that let them lock access to company computers and phones when police raided their offices.

That last piece of nifty-sounding software was allegedly put to use on several occasions to thwart investigations into Uber’s purported tax avoidance in Belgium, the Netherlands and Canada.

And those investigations may have been on to something given that Uber was mentioned in the Panama Papers that rocked the world when they were released in 2016.

To be fair, it was hardly the only tech firm to try and use the Central American nation to pay less to the taxman — Apple and Facebook did the same thing too.

But unlike those two firms, Uber has still never turned a profit.

The company is set to report its latest set of quarterly results this coming Tuesday, with analysts predicting losses racking up to close to $1bn.

That would be in line with the equivalent set of quarterly results from last year where the firm reported a loss of $1.1bn

Everyone wants to be Amazon

Reading about the problems Uber has faced brings up a couple of interesting points.

The first is how a firm that regularly burns through a billion dollars in three months can still function.

And the answer to that can partially be found in Amazon.

Tech companies love to remind investors that the ecommerce giant took almost a decade to turn a profit and use the fact to justify their own cash burn.

Uber CEO Dara Khosrowshahi, who replaced Kalanick in 2017, has used this analogy repeatedly by saying that the company is going to be the Amazon of transport.

It’s a pretty tenuous connection to make given that the two companies operate in very different sectors. Amazon is highly diversified and lets you buy lampshades, stream football matches or host a website on its servers. Uber just transports people and goods.

Still, the point remains that many successful tech businesses have plowed their way through lots of cash before seeing a solid return, which explains why big investors have continued to pump money into the ride hailing app.

But another reason for this may be our expectations about the internet.

We’ve been bombarded for a couple of decades now with the idea — often true — that the internet can ‘disrupt’ every industry and use technology to reduce the costs of goods and services.

That can make us exaggerate the impact that tech actually has and forget how pricey it often is to provide services or supply goods. It’s also frequently assumed that every technological breakthrough is going to succeed — if it’s not working today, the logic goes, it’s just because it needs time to work out.

But for Uber there are serious questions as to whether there will ever be enough time for it to turn a profit. The same is true of Lyft and Bolt, arguably its two biggest rivals, neither of which has managed the feat.

All three of those firms catered to a real problem. We shouldn’t forget how inefficient and expensive cab rides used to be, something that ride-hailing apps have undoubtedly changed for the better.

The same is true of Uber Eats and firms like Deliveroo and DoorDash. These companies provide a great service that have helped connect businesses and customers in a way that hadn’t been done before.

The question is whether the technology that underpins all these apps can actually be used to run a proper business and not one where the customer is massively subsidized by venture capital.

Crazy though it may seem, it’s now been a decade since Uber first started to take passengers. That means it’s going to be increasingly hard to justify Amazon analogies.

In fact, if the company doesn’t turn a profit soon then you can expect some very worried shareholders — and maybe more late night Forest Fresh cab rides.