UK house prices surge but not everyone’s a winner 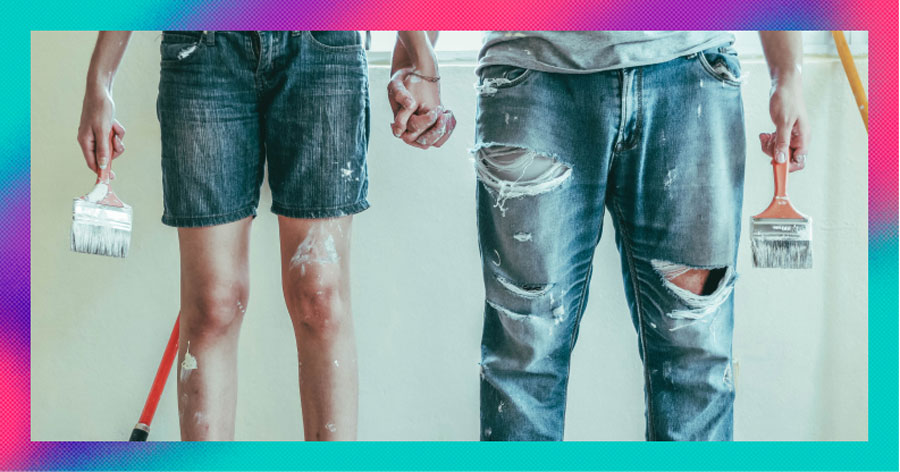 House prices are flirting with new highs but is that really good for the whole housing sector?

It feels like the Guinness Book of Records is about to make a custom UK property edition.

These days, you’d be hard-pressed to find a housing headline without ‘record’ and ‘growth’ sitting side by side.

Since April, every single region in the UK has seen house prices increase. The average annual growth rate is sitting at 13.4%, bringing the average price up to £245,432. In London, it’s £509,935 according to Nationwide Building Society.

But these all-time high prices have coupled up with all-time low mortgage rates. Plus, there’s the government’s Help to Buy scheme and extended stamp duty holiday. While the latter has now started to taper off and will end in October, wouldn’t these factors be a boost to buying power in the market?

Maybe a bit. But more likely than not, that’s because they inflated prices in the first place.

Why are UK house prices up?

These types of government schemes try to get Britons onto the property market sooner, and Rightmove estimates 1.3m buyers did just that since the stamp duty holiday was announced in July last year.

But each of those sales probably pushed up asking prices. And that of course puts first-time homebuyers at a disadvantage.

Because the stamp duty holiday was available to absolutely everyone. So you could be upsizing, buying a seaside holiday home, or even adding a new investment property to your fleet.

And if you fall under one of those categories, you probably have more money in the bank than someone who’s yet to purchase a property. That means you’re better prepared to absorb these higher house prices. And so, those prices keep going up.

It’s not easy for Britons to get their hands on their first property.

At first glance, if you take a look at mortgage rates as a percentage of salary, there hasn’t been much change over the years. In fact, they’re pretty on par with the average rate since 1985.

That looks good on paper, but it isn’t the full picture.

Because house prices are at record highs relative to average incomes. So a low mortgage rate is helpful, but you still need a decent chunk of change for the down payment.

Even though many managed to save money during lockdown, raising that deposit is still going to take a few years.

That feels like a long time to wait to get your foot in the door. Which is probably why 56% of homebuyers aged 25 to 34 admitted they rushed to take advantage of the stamp duty relief. And in the process, they extended their moving budget.

Londoners said they overshot by £27,000, which is the highest of anywhere in the UK.

So we’re not just willing to pay more, we’re eager to do it.

And the rising demand for housing has led to a lull in supply, which Persimmon’s been all too happy to fill.

Its average selling price beat the overall market too. The average cost of a new Persimmon home increased by 6.9% to £230,534.

While there’s talk of supply shortages causing a crunch for builders, Persimmon’s unlikely to take a hit. It has a healthy operating margin of 27.6% and a strong order book. And even if the cost of timber really does rise as predicted, it would likely only account for 5% of build cost.

Given such a small proportion, it would probably inflate total building cost by about 3%. But with its impressive operating margin buffer and continual increases in selling price, these costs can easily be absorbed.

Warnings of materials shortages will be a great excuse for Persimmon to jack up prices, even if it’s just taking advantage of headlines.

Not everyone in real estate has been able to take advantage of price inflation.

Purplebricks failed to capture what should have been a natural uptick in demand for its digital estate agency services.

Its online model doesn’t offer the on-the-ground connections and support of a traditional agent. And with UK home prices soaring, sellers need access to those agents and their contact books of local buyers.

So it’s lacking a finger on the pulse of local communities.

And it also fails to offer a free service. It charges £1,499 to list in London. And with zero-cost rivals like Strike capturing more of the market, Purplebricks is continuing to struggle to prove its value.

The biggest sign of the firm’s struggle is dropping half a percentage point in its market share. For a digital-first company in a year when we were all forced online, that’s bad news. If you’re missing targets while your industry is smashing records, it’s time to renovate your business model.

The real test now for all involved in housing is what happens when the government removes the Help to Buy scaffolding in 2023. Builders like Persimmon have happily produced new builds in the knowledge the government will foot up to 40% of the bill.

But what happens when all the supportive measures tail off? Looking ahead, that might coincide with rising interest rates too, meaning mortgage rates could look a lot different in a few years’ time.

It may be that the government introduces some new allowances for first-time buyers or incentives for builders to focus on more affordable housing. Until then, it looks like developers will keep aiming to take advantage of the current scheme and the likes of Purplebricks will need to regain relevance before it’s too late.

What are your thoughts on the housing market? Let us know on the community forum:

Freetrade is on a mission to get everyone investing. Whether you’re just starting out or you are an experienced investor, you can buy and sell hundreds of REITs and SPACs commission-free through our investment app. You’ll also be able to invest in freshly launched IPOs.