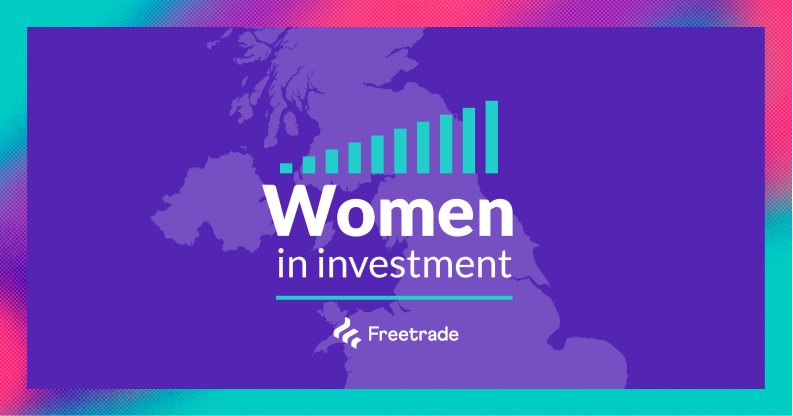 Although some improvements have been made over the past few years, the gender pay gap in the United Kingdom continues to be substantial. This year, the average salary for a man is expected to be around £31,948. For a woman, this will be approximately £10,000 less at £20,843.

In an effort to raise awareness of this inequality, Freetrade has conducted research into how the gender pay gap will impact female investors compared to male investors as it currently stands.

The study asks: If both men and women were to invest the recommended 10% of their average salaries every year, how much more money would male investors have by 2030 compared to female investors?

How the gender pay gap affects investment across the UK‍

Based on an expected 4.9% return on investment per annum, women across the UK who began investing 10% of their average salary in 2020 stand to have an average savings pot of  £28,786 by 2030. However, a man investing the same percentage of their salary in 2020 is estimated to have grown their savings to £44,123. This means the gender pay gap will leave female investors £15,336 worse off by the turn of the decade compared to men.

The city with the smallest investment gender gap, on the other hand, is Nottingham, although there is still a notable £7,211 difference between what men are expected to generate from investments by 2030 compared to women. Dundee is the second lowest city with £7,301 and Swansea is third with £7,638.

The research also looked at towns and found that the worst area overall was Tunbridge Wells in Kent. Tunbridge Wells’ women who began investing the recommended 10% of their average salary in 2020 could have a portfolio worth £31,370 by 2030. For men, this figure would be over double the amount: £63,999.

Welcoming more women into the world of investment

Investment continues to be a male-dominated space with 83% of Freetrade’s ISA customers being men, whose ISA portfolios can reach over £250,000 in value, and just 17% being women, with up to £50,000 in ISA savings. Nevertheless, there are hopes that this gap will soon narrow,  with a growing number of younger people from diverse backgrounds showing an interest in investment.

Similarly, although the gender pay gap in the UK means that women are currently earning less from investment than men, there is reason to be optimistic as that gap has been steadily closing year on year since 2017. This means that, ultimately, now is a great time for women to research the benefits of investing.

You can start with:

Average salary for men and women in each area in 2020 is from the Office Of National Statistics. Salaries up to 2030 have been calculated based on Office Of National Statistics findings that salaries increase by 1.6% with inflation. It is recommended that 10% of your average salary is invested, according to the Independent. Over the last 119 years, UK stocks have made annualised returns of +4.9% over and above inflation, according to the 2019 Barclays Equity Gilt Study.