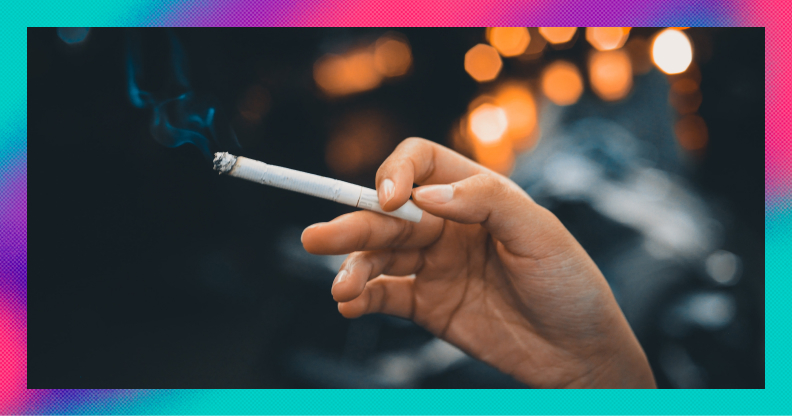 Are tobacco companies doomed (and are they really that bad)?

"If you aren't hungry, it'll give you an appetite. If you are hungry, and there isn't any food in the immediate future, you can dull your pain of hunger. It wakes you up if you're tired, it makes you sleepy if you are not tired. It’s the perfect self-administered micro-drug. It’s the little glowing friend that never lets you down.”

That’s how the journalist Christopher Hitchens famously described smoking. His words will resonate with anyone that’s tried to ditch the habit or fallen into yet another one of those annoying relapses.

But smoking is on the way out. Regulations, declining smoking rates and an increasing number of ethically-minded investors are all contributing to the industry’s demise. At least that’s the common wisdom.

Imperial Brands’ latest set of results poses some challenges to that idea.

The tobacco giant released its set of financial results for the past year on Tuesday.

The company raked in £32.5 billion in revenue and made a £1.5 billion profit. The Rizla and Davidoff owner said the pandemic had led to a slight increase on 2019’s tobacco sales, having been helped along the way by a decline in the illicit cigarette trade. You can’t smuggle if you can’t travel.

Interestingly, only £201 million of that total revenue was attributable to so-called ‘Next Generation Products’, suggesting people still prefer an old fashioned smoke to a vape pen or smokeless cigarette.

On a broader level, what Imperial’s results tell us is that a huge number of people still smoke and it’s an industry that can make a company lots of money. So why are people so convinced it’s going to fail?

There are two main arguments that anti-smoking investors make to support this view.

One is moral. Smoking is an addictive, deadly habit that is of almost no value to people and costs healthcare systems billions of pounds per year.

Tobacco companies also have a history of obfuscating or lying about the damage that cigarettes do to people’s health. As such, it isn’t a sector that you can allocate funds to with a clean conscience.

The other argument is more pragmatic. Almost everyone on earth knows that smoking is unhealthy. That, along with tighter regulations, will mean that the tobacco industry simply dies out.

The moral case against investing in tobacco is entirely reasonable. There is no doubt that the industry has historically behaved badly and its products are deadly.

But look around the stock market and it's hard to say that it’s substantially worse than many of its competitors, so removing it from your portfolio on the basis of moral considerations would, at the very least, make you have to question the other choices you are making with your portfolio.

Take alcohol. Around half of all violent crimes in the UK involve someone who is drunk. This is not to mention the billions of pounds the health service has to spend on alcohol-induced illnesses every year. And yet the booze industry receives nowhere near the level of opprobrium that tobacco companies do.

The same is true of weapons manufacturers, who make products designed to kill people. Gambling businesses can also hurt families by praying on addicts and pushing them to blow all of their savings.

Even social media companies are arguably worse than big tobacco. Not only do they try to make their products just as addictive, they have also been a huge driving force behind much of the political division, extremism and information siloing that we’ve seen emerge over the past decade. That’s on top of their often poor treatment of personal data and attempts to track, monitor and spy on us at every available opportunity.

None of this is to say that the tobacco industry is a shining beacon of morality however.

Of course, the less conscientious investor may not care at all about any of the moral arguments to be made against the tobacco industry. They’re just thinking about their bottom line.

Mark Fawcettt, the chief investment officer of the pension fund Nest, said in May of this year that his firm had decided to withdraw from the tobacco sector based on both moral and practical factors.

“We concluded,” he said, “along with our investment committee and trustees, that this was an industry which is effectively going to run into the ground and we decided to divest while we had the choice.”

This is not an unreasonable conclusion to have reached.

In a decade in which small-ticket consumer goods, like soap or razor blades, have seen huge popularity amongst investors, shares in Imperial Brands have tanked. And that’s taking into account that their product should inspire both brand loyalty and addiction.

The reasons for this are obvious. Bans on advertising, bans on branded packaging, bans on shop displays, bans on indoor smoking and bans on small-size packs are just some of the restrictions being imposed on the tobacco industry across the world.

Combined with more awareness about the risks of smoking, this has led to declines in smoking rates.

To be fair, these stats hide the fact that, even as the smoking rate has declined, the actual number of smokers has often remained fairly similar, declined very slightly or even increased.

For instance, from 2011 to 2018, the UK population grew by 4.8%. That meant the 5% decline in smoking rates was almost completely offset by population growth.

At the same time, there was a massive surge in the proportion of the population that vaped. When you factor these things in, it seems to be the case that more people were smoking or vaping in the UK in 2018 than in 2011, even as the smoking rate fell.

This is not to suggest that Fawcett and his team were completely wrong. Even taking into account population growth, the number of smokers in the world fell by 60 million from 2000 to 2018.

That trend is probably going to continue. The question is how far it will fall. Bar a total ban on smoking, it doesn’t seem likely that the more than 1 billion smokers around the world are going to quit smoking suddenly and simultaneously, although it would be interesting to see how chaotic the world would become if they did.

And for whatever reason, humans like to do dumb things to themselves. Drinking, gambling and drug use are not exactly hyper-rational forms of behaviour and yet people have engaged in them for millennia.

That suggests the tobacco industry will be here for a while yet. But much like the health of the smokers who use its products, it’s likely to be only downhill from here.

UK house prices surge but not everyone’s a winner