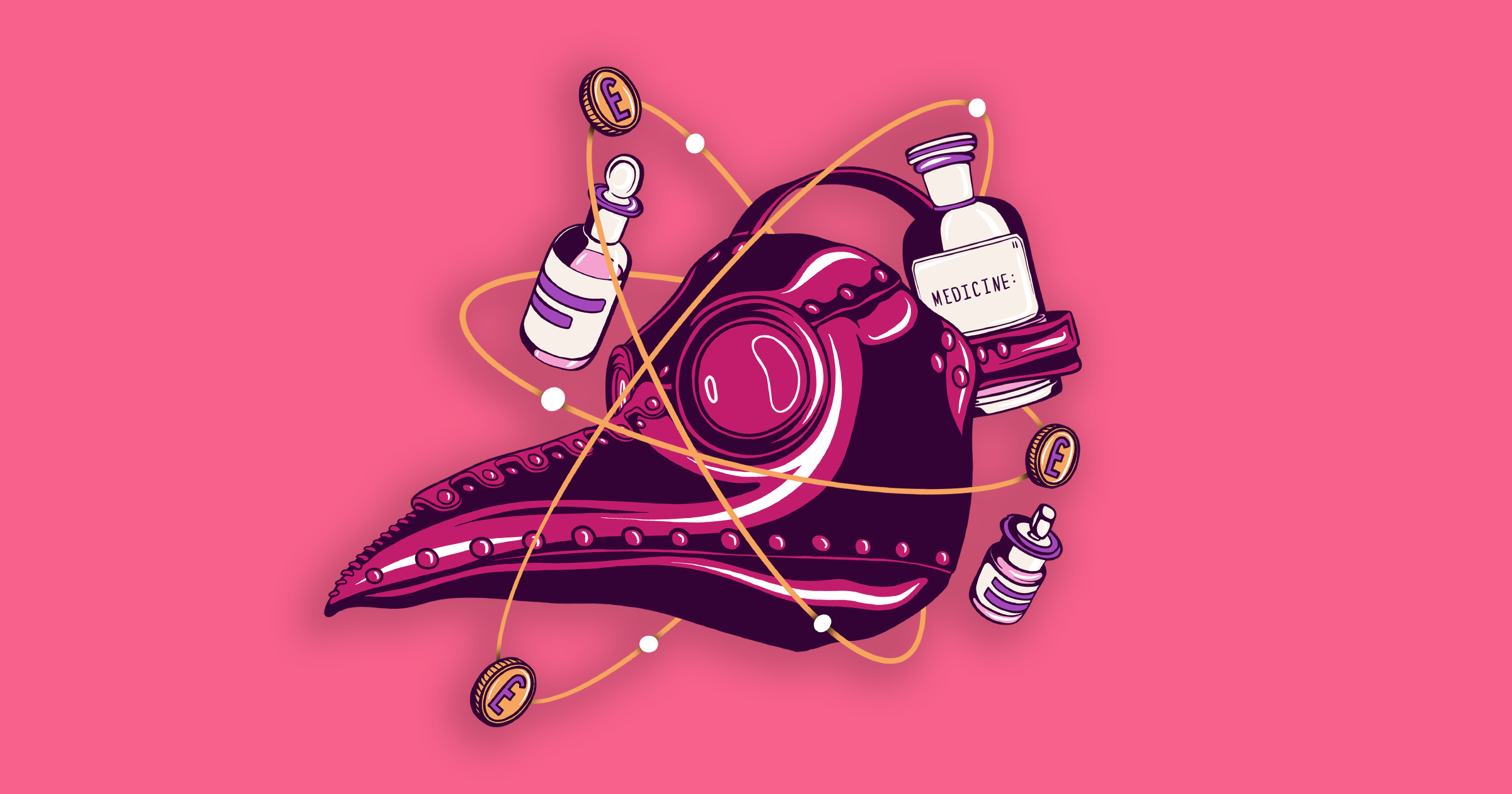 How viruses hurt the economy.

Coronavirus pandemonium is spreading across the world.

Businesses are telling employees to stay at home. Flights are grounded. Most devastatingly of all, people in Southampton were told not to take selfies with Peter Andre.

There hasn’t been such widespread fear of a virus for many years. But, as James Mattis is fond of saying, history teaches us that we face nothing new under the sun.

Disease outbreaks have taken place throughout human history. In the past twenty years alone, zika, SARs, swine flu, bird flu and ebola have all caused panic across the globe.

With that in mind, we thought it would be worth looking at some past pandemics to see how they affected the world’s economy. History may not repeat itself but we can still learn from it and apply that knowledge to the events of today.

Why is the coronavirus affecting the economy?

Before we go all Marty McFly on you and start trawling through history, let’s stay in the present and look at how coronavirus is affecting the markets.

When we look at data on stocks or indices, it can be easy to forget that the economy is powered by flesh and blood human beings.

Your Freetrade app may show graphs and numbers when you look at companies like HSBC but the bank has thousands of workers engaging with millions of people across the world.

The coronavirus is, in very simple terms, stopping these people from doing business.

Airlines are not flying because tourists are scared of going abroad. Factories in China are closed because people are forbidden from coming to work. Whole areas of Italy have been cordoned off.

All of these things have slowed the wheels that move the global economic train forward.

As just one example, oil consumption in China is thought to have dropped by 25 per cent since the coronavirus crisis began as factories close and people stop using planes, cars and buses.

That has caused oil prices to plunge and hurt the businesses that extract, refine and sell oil-based energy products.

Although it may be hurting the economy, one of the only positives of the coronavirus is that it doesn’t seem very deadly relative to past disease outbreaks. The WHO has estimated that around 3.4 per cent of those infected with the disease die — and a large proportion of those people already had other illnesses.

That was not true for the Black Death. Also known as the bubonic plague, the disease spread across Europe in the mid-14th century.

From 1346 to 1353, it’s thought that up to 60 per cent of Europe’s entire population died and the global population dropped from approximately 475 million to 375 million.

There were no stock markets or ETFs to trade at that point in time.

Still, the economic effects of the Black Death were monumental, particularly in the UK. For example, the quality of building, crafts and other forms of skilled labour deteriorated as so many people possessing those skills died.

Most importantly, the plague effectively ended serfdom in the UK. Serfdom was a system that tied workers to a piece of land owned by a lord. They earned no wage, had little legal protection and could be bought and sold.

The destruction caused by the Black Death meant that there was a huge shortage of labour.

The implications were huge. People were free to move from place to place and find better salaries for themselves. They also had more incentive to work the land as they could do more with what they produced — as opposed to handing it over to their lord.

As a result of this process, real wages in the UK increased by 250 per cent. To put that in perspective, that would mean someone who earned £40,000 previously would be earning £140,000 afterwards.

In fact wages in the UK reached a level by the year 1500 that wasn’t permanently exceeded until 1880. Peoples’ diets improved and leisure time would reach levels unsurpassed until the 1960s.

After so much suffering, the people that managed to survive the plague had it pretty good.

As World War I drew to a close in late 1918, a new disease spread across the world. The virus gained more press as it spread to Spain where it got the name, ‘Spanish flu'.

About 50 million people died from the disease — more than double the 22 million that are thought to have been killed during the First World War.

The virus quickly spread across the world, even reaching far off Pacific islands like Tonga and Fiji.

Its economic impact was immense and, given that it happened relatively recently, bears some comparison with today’s coronavirus.

In the US, some mines reported a 50 per cent drop in production. In the aptly named Coalfield, a paper reported that only 2 per cent of the population wasn’t ill.

That disparity was likely due to the war. The UK was more involved in the fighting, in terms of time, geography and money, than the US had been.

So although they may have been concerned about the flu in the UK, investors were probably much more optimistic about the country’s prospects after the war ended in 1918.

Conversely, the US had not been so negatively impacted by the First World War. That may have meant investors were more spooked than they were across the Atlantic.

Interestingly, and as with the Black Death almost 600 years previously, there is some evidence that the Spanish flu gave a boost to wages for US workers.

Many observers have drawn comparisons between the coronavirus and the SARs outbreak, which began in 2002 and ended two years later. Both are respiratory illnesses, have relatively low mortality rates and emerged in China.

As with the coronavirus, SARs led to a slump in the demand for oil in China.

The tourism industry also suffered as a result of the disease. InterContinental, a hotel chain, saw its operating profit drop by 55 per cent at the height of the SARs outbreak in 2003.

Though it caused a lot of panic, SARs was substantially different from both the Black Death and Spanish flu. It did not spread anywhere near as far as those two diseases and it killed far fewer people.

As a result, there wasn’t any resulting increase in wages.

In fact, there is some evidence to suggest that SARs had much less of an impact on the stock market than the coronavirus will.

When SARs struck, China made up just 4 per cent of the world’s gross domestic product. Today it accounts for 18 per cent. That means the fallout from the coronavirus has the potential to be much greater than it did when the SARs outbreak happened.

The US stock market had also just recovered from a market crash and was on the up.

Today things are the other way around. Until the virus hit, many stocks had been trading at record highs, with some saying that a market correction was likely to happen anyway — coronavirus or not.

‘Past performance is not indicative of future results’ is a risk warning that many financial services firms like to slap on to their products.

The paradox here is that nearly all finance geeks will refer to historical events when justifying their investment decisions — so what gives?

A good way of thinking about it is that now clichéd Mark Twain quote. History doesn’t repeat itself but it rhymes.

In effect, we can look at similar events in the past and take lessons from them.

The coronavirus (thankfully) doesn’t look like it’s going to wipe out 60 per cent of Europe’s population and cause an epoch-defining shift in worker-employee relations. But it could be much more impactful than SARs was and damage production like the Spanish flu did.

That being said, the virus will have a unique impact on our world and the global economy that we are now living in. Just remember, have your anti-bacterial hand gels at the ready and no selfies with Peter Andre.