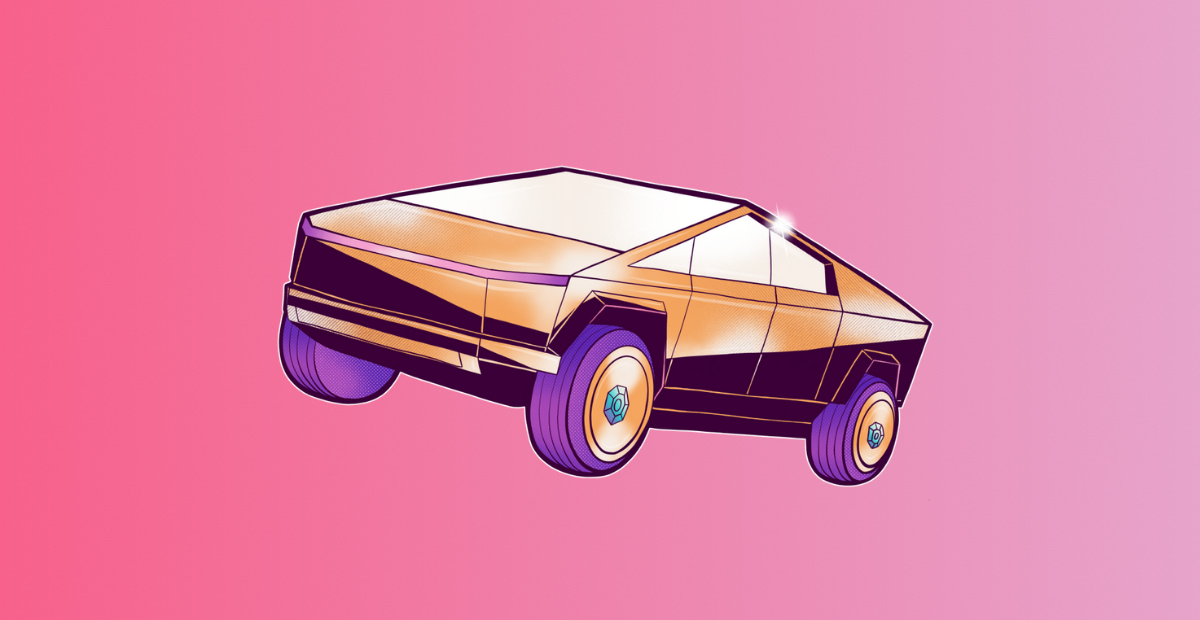 Telsa just announced it delivered 310,000 cars during the first quarter. Although that’s actually a little shy of Wall Street guesstimates, it’s 70% up on the same time last year.

A lightning pace of growth matching the soaring stock price.

But while Elon dances at gigafactories, investors are looking into the future and wondering how many cars the company could actually sell down the line.

With a view of what sales might be, investors can take a stab at valuing the future Tesla, and convert that into today's price.

Stepping out of our DeLorean, we now have a three-step process.

The first stage is to take a guess at Tesla’s sales and profit.

The next is to assign a stock market multiple to the forecast profit to give us a theoretical future value for the company.

The final step is to convert the future value into the present and compare it to the current market value.

There are around 90m cars sold worldwide, and the number of EV cars is growing rapidly. According to statistics gurus at IHS Markit, by 2030 around 25% of all car sales will be EVs.

Given that most major carmakers are planning for higher than that, it's not unreasonable to use 33% in our 2032 future.

If car sales grow by 3% a year (rough estimate of global GDP growth), then in 10 years the world’s carmakers will ship 133m cars. And at 33% penetration, that would be 44.4m EV car sales.

Estimates of TSLA's current market share vary. It is much higher in the US, for example, than in other parts of the world. Statista reports that Tesla accounted for around

Assuming TSLA holds a 20% share, then in our future it will sell roughly 9m cars.

Today the average price of a Tesla car is around $60,000. It's difficult to know whether this will rise with inflation, or fall as TSLA introduces cheaper models, so let's assume it stays the same.

From a profit perspective, the company currently generates a profit before interest, tax,

depreciation and amortisation (EBITDA) margin of 17%.

The next step is to pick a market multiple to apply to our forecast EBITDA to calculate the value of Tesla in 2032.

This is mostly guesswork. Tesla’s current multiple is no help and can’t be used. It is too high because it reflects the rapid growth people expect.

Other car companies trade on a multiple closer to 10x EBITDA. Tesla’s multiple is likely to be higher than this. The company has more going on than just cars, and some of these other businesses might turn out to be hugely successful too.

Let's take a 15x multiple to reflect this, and apply that to the $91bn of forecast EBITDA profit. This would yield a future company value of $1.36tn, roughly 30% higher than today’s level.

But before Tesla fans crack open the champagne, this figure is 10 years from now and needs to be converted into today's value. So a little more guesswork is required.

Step three (back to the present)

To convert a number in the future to today’s value we need to divide it by a discount rate a number of times (10x in our example as we are looking 10 years into the future).

The choice of discount rate requires more fingers in the air, but a sensible number is 7%.

You’ll have to take our word for this, but using a 7% discount rate calculates a present value for Tesla of $690.1bn.

Imagine instead of EVs being 33% of all cars in 10 years they are 50%. That’s not totally unreasonable given that most major car companies are targeting these levels for production.

If we kept everything else the same, our calculated fair value today would be much higher. In fact, it would be almost magically identical to the current market value of $1.1tn. Implying Tesla stock is fairly priced.

Abracadabra, once again the calculated value would be pretty much the same as today’s $1.1tn.

And what if we assume both. 50% of all cars are EVs in 2032 and Tesla has a 30% share. Time to pop the corks again because this would yield a value 40% above the current market level.

What all of this does is demonstrate that valuation is an art and not an exact science. No one really knows what will happen but these exercises can be very useful to gauge some sense of how the market is thinking about the company’s future.

Tesla bulls will argue that the optimistic scenarios we suggest are not just plausible, they are probable. Bears will argue the exact opposite. But that’s stock markets for you.