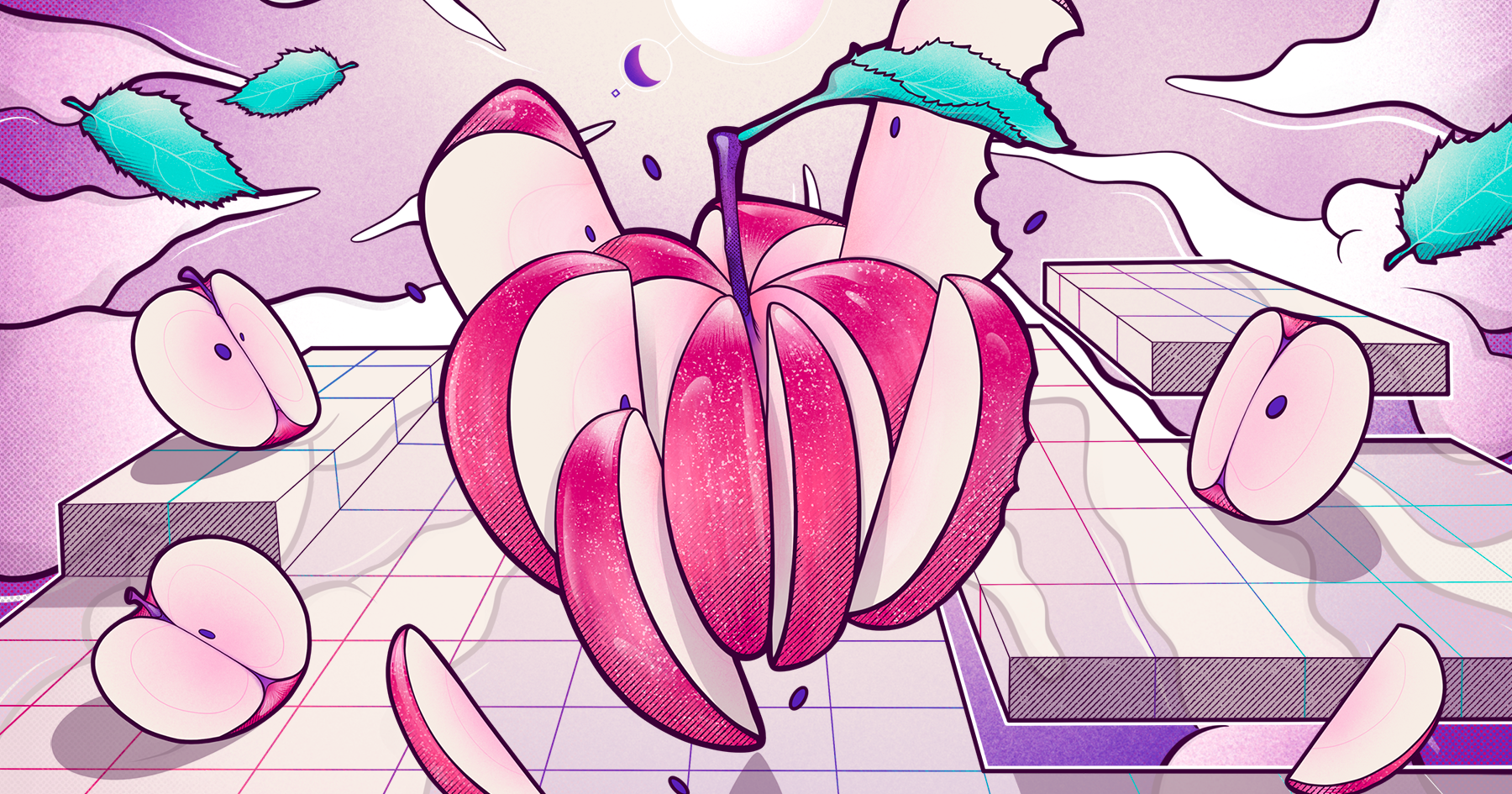 Apple and Tesla have both announced stock splits this month.

Every once in a while a publicly-traded company will decide to split its shares.

Apple and Tesla have both announced that they will be doing this in the past couple of weeks.

This has left some Freetrade users scratching their heads.

Why would a company want to split up its own shares and devalue them? More importantly, what happens when they do?

What is a stock split?

Of all the many rabbit hole topics that crop up in the world of finance, stock splits are actually fairly straightforward.

They occur when a company — unsurprisingly— splits up its stocks, creating a certain number of new ones.

Take Apple. In its upcoming stock split, the tech firm will be doing a 4-for-1 split. That means there will be four times as many Apple shares as there are now.

Tesla is going further and doing a 5-for-1 split. This will be the first time that Tesla has performed a stock split.

Why would a company split up its stock?

When Apple announced its latest stock split it said that it was doing it “to make the stock more accessible to a broader base of investors.”

That neatly sums up what stock splits are generally about — making shares more affordable to investors.

If a company has seen large-scale increases in the value of its shares then it may feel that they are beginning to be out of reach for many investors. Splitting up the stock and devaluing it means that it will become more accessible to them.

Tesla is a great example of this. Whatever you think of the carmaker, it’s fair to say that its shares — which are now worth over $1,600 — are pricey.

If the company’s shares remain at the same price, then its 5-for-1 split will mean they begin trading at approximately $325. That may still be expensive for some but it’s certainly much cheaper than before.

The benefits of stock splits

The most obvious benefit of stock splits is that they let investors buy shares in a company at a lower price. But it’s not the only one.

Many companies will offer their employees stock purchase plans. These mean that you can set aside a certain percentage of your salary and buy shares in the company, usually at a discount, at regular intervals.

If a firm’s share price keeps on rising then employees will end up with a more and more limited ability to purchase those shares. That ultimately defeats the purpose of the stock purchase plan, which can hurt a company’s ability to motivate and keep hold of employees.

Another historical factor in the decision to perform stock splits has been stockbroker commissions.

In the past, brokers would charge lower commissions to customers if they ordered in what are known as ‘round lots’. A round lot in stock trading is 100 shares or any number greater than that which is still a multiple of 100.

The number came from the fact that 100 shares used to be the minimum order that an investor could make on an exchange.

This made splitting stocks more logical as, at a cheaper price, investors would have been able to more easily purchase round lots and get a discount on their trading commission.

Such logic no longer really applies. For example, Freetrade charges no trading commissions and lets you buy fractions of stocks, making round lot purchases superfluous.

What do stock splits mean for investors?

Shares decreasing in value is not the kind of thing that most investors are keen to hear about.

Fortunately, stock splits do not mean that you are left with the same number of massively devalued shares.

Instead, shareholders will simply receive new shares in proportion to the stock split that was carried out.

So if you are lucky enough to have 1,000 shares in Tesla now, you’ll have 5,000 shares after the stock split is completed.

Stock splits sometimes cause a bump in a company’s share price. With prices lower, investors who were previously put off by the high share price may start putting cash into the firm and drive it up.

Another side-effect of the upcoming Apple split will be on the Dow Jones Industrial Average (DJIA). This is an index made up of 30 large firms listed on US stock exchanges.

Many indices will apportion a company’s weighting in an index according to its market cap. The bigger your market cap, the more influence you have on the value of the index.

The DJIA, however, weights companies according to their share price. The higher a firm’s share price, the more weighting it will have in the index.

As Apple is going to be splitting its stock 4-for-1, its share price will end up being a quarter of what it is at the time of the split.

This will have a drastic impact on the Dow Jones. Apple currently has an 11.31 per cent weighting, the largest in the index, so when it splits its stock, the index will fall in value.

Keen-eyed readers may have reached this point and asked themselves, what’s the point in stock splits if you can buy fractional shares and don’t pay commissions to your broker?

This is a totally valid point and it may be one of the reasons that the number of stock splits has declined massively over the past couple of decades.

But commission-free brokers and fractional shares are only part of the story.

The massive increase in ETFs has also meant investors are less concerned about high stock prices. That’s because they can still get exposure to them through ETFs at a cheaper price than the shares themselves.

The effect of this may have been to make stock splits feel a bit pointless. If investors don’t care that your shares are so highly valued, why bother splitting your stock to make them cheaper to buy?

This doesn’t mean that stock splits have gone the way of the past. Trends can always change and fractional shares are still not available to some investors.

A more cynical view is that they also offer great publicity for companies.

Just read the news if you don’t believe us.

What will happen to my Apple shares on Freetrade?

You don't need to do anything. We'll be in touch to let you know when the split is complete.

A message to big oil: clean up or die