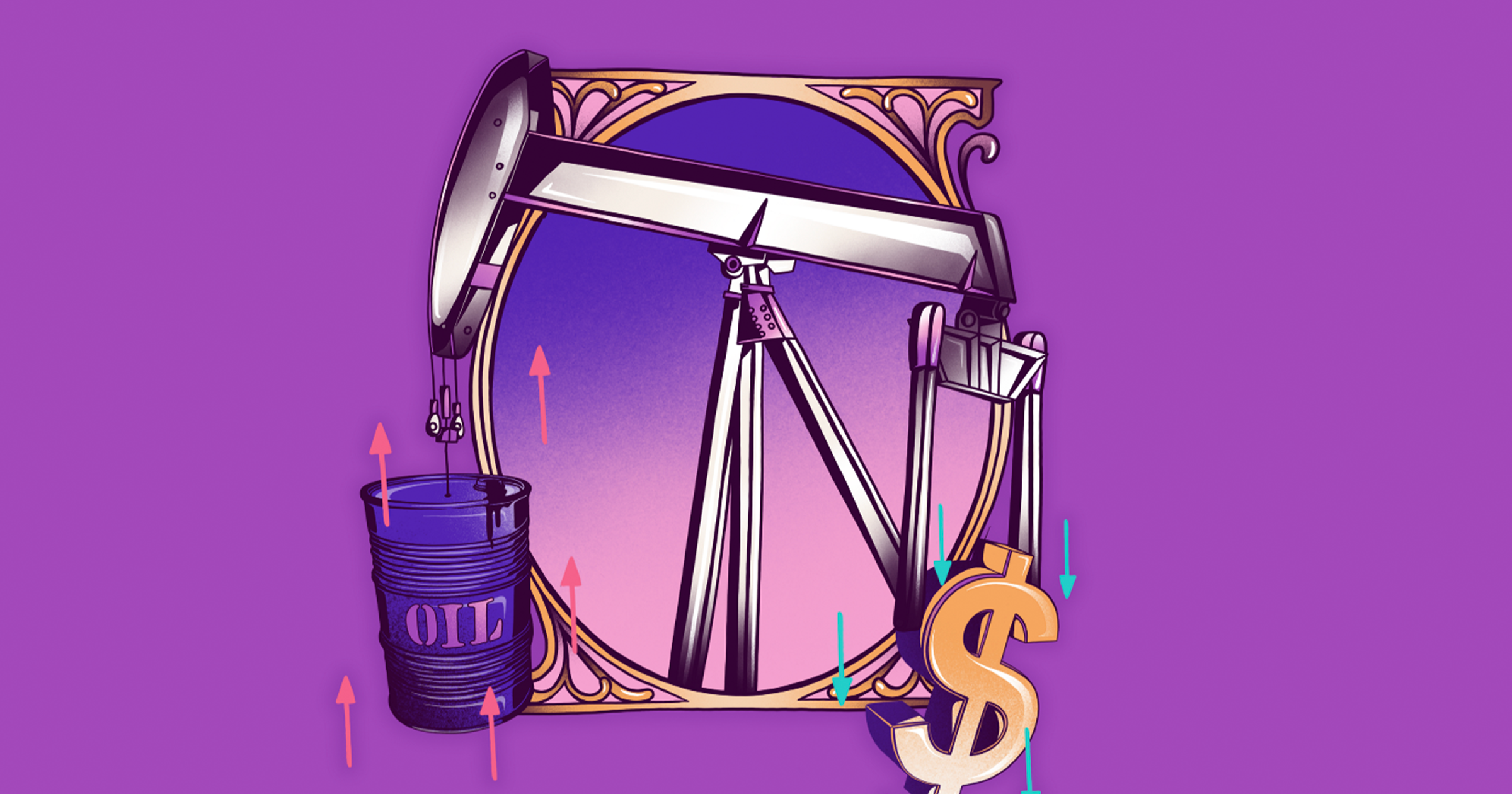 Trade wars, politics and the pandemic are all hacking away at the price of the black stuff

A pricing war between the world’s biggest producers began in March.

Saudi Arabia kicked things off by saying that it would increase production and slash prices.

This had a dramatic effect on the markets. Energy companies saw their share prices tank, with BP and Royal Dutch Shell stocks losing around a fifth of their value.

Countries that rely heavily on oil to support their economies also saw their currencies drop in value. The Russian ruble, for example, was down by 7 per cent against the dollar on Monday.

Why did this happen?

All of this is largely due to that bull market-destroying disease, the coronavirus.

Global demand for oil has dropped because of the virus.

This is particularly the case in China, the world’s biggest energy consumer, where oil consumption is likely to be 20 per cent lower this year than it was in 2019.

And here is where that most basic of economic principles comes into play — when there is low demand and high supply, prices fall.

Obviously this is not the first time that the demand for oil has fallen.

To counter the negative effects that low prices have on them, the major oil-producing nations formed an organisation aimed at producing policies to counter the impact of lower oil prices.

The Organization of the Petroleum Exporting Countries — or OPEC — was founded in 1960. It originally had five members; Iran, Iraq, Kuwait, Saudi Arabia and Venezuela.

For the past few years, OPEC+ members, most notably Russia and Saudi Arabia, have suppressed production to keep the price of oil artificially high.

This is extremely important for Saudi Arabia. By one estimate, 87 per cent of Saudi government spending is funded by oil money.

When the coronavirus hit, Saudi Arabia asked the Russians to cut back their oil production so that there would be a lower supply of oil and prices would remain higher.

The Russian response was straightforward — ‘nyet.’

Why did they do that?

There appear to have been lots of geopolitical reasons for this Russian obstinacy.

Russia may see lower oil prices as beneficial in the long-run. Over the past few years, the US has become the world’s biggest oil producer thanks to fracking, a new drilling technology.

By driving down oil prices, Russia could hurt the US fracking industry and strengthen its own energy businesses.

This points to a larger vulnerability in OPEC. When the countries in the organisation agree on keeping prices artificially high, they may benefit collectively.

But the downside of this is that they lose the ability to offer lower pricing and attract new customers individually.

Saudi Arabia’s decision to flood the market with oil suggests that it hopes to win some new business by offering customers a cheaper product.

Whether that will work — or if it is indeed their aim — is something we’ll have to determine in the next couple of months.

What does this mean for me?

Freetraders holding shares in companies involved in the oil industry have probably seen those stocks drop substantially in value.

If oil prices fall further or the price of the commodity remains low for an extended period time, then those shares could drop further or remain at lower prices.

Outside of the investing world, things could be a bit rosier. Lower oil prices can lead to cheaper fuel for regular people.

That can free up their money to spend on other things, helping other retail-oriented businesses.

It can also mean companies that have high energy costs are free to spend money on other things.

So even if it’s bad for Saudi princes and Russian oligarchs, lower oil prices won’t only have negative consequences.

Build your financial knowledge and be in a better position to grow your wealth. We offer a wide range of financial content and guides to help you get the insight you need. For example, learn how to invest in stocks if you are a beginner, how to make the most of your savings with ISA rules or how much you need to save for retirement.