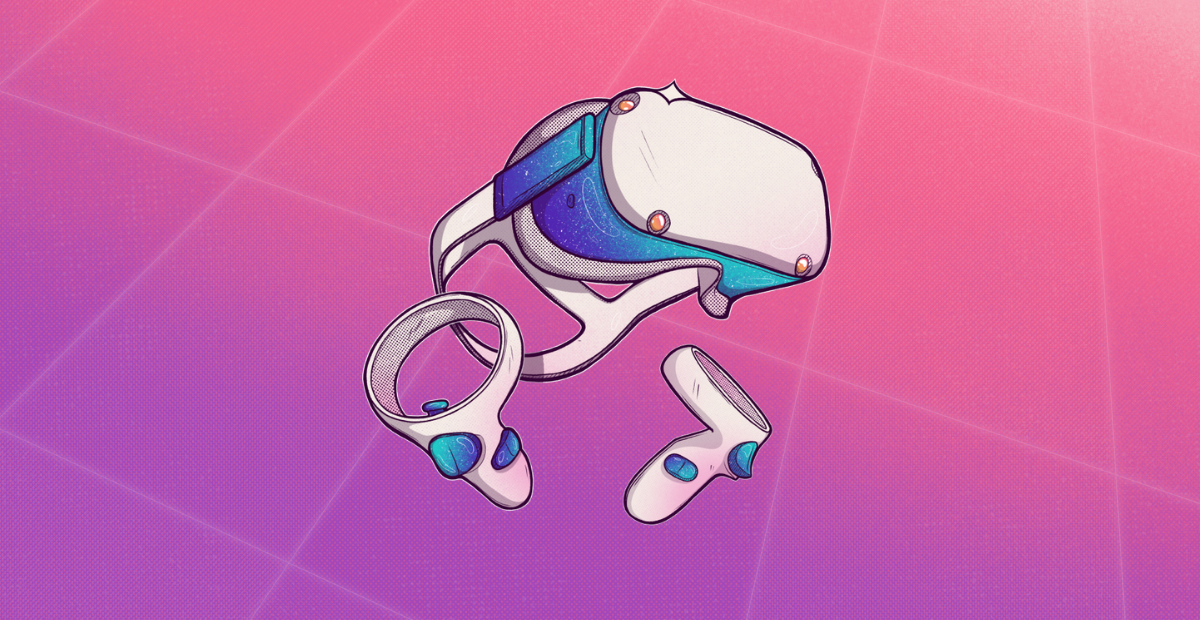 To say Meta’s unloved is an understatement. The shares currently trade around 16x earnings and, having been up near 32x earnings in 2020, investors are clearly less optimistic about what comes next.

The clear reason here is that Meta’s been repositioning itself for the Metaverse for a while now and that’s something the market doesn’t seem too sure about.

But with Q1 results out in the open and Meta’s shares rallying in response, we wonder if investors are starting to see Zuck’s vision as more than just a virtual reality.

At the end of last year, Meta divided itself in two.

Facebook, Instagram and WhatsApp on one side (known as the Family of Apps) and the Metaverse on the other (named Reality Labs).

That’s because, regardless of your take on the Metaverse, Meta’s engine remains digital advertising. Given it’s where nearly all the money is made, that’s where the money needed to fund the Metaverse comes from.

The problem was, after being off to the races for most of the post pandemic era, the advertising engine was stalling somewhat.

Disappointing Q4 earnings wiped 20% off the firm’s market value. But while Q1 results show the group continues to face a number of challenges (Russian ads switched off, monetising video, tweaking the experience to fend off competition, and recovering from Apple’s data privacy update), profits came in quite a bit better than expected.

And while they’ll likely remain subdued in the near term, this was the reassurance investors needed to hear, Meta should still be able to grow profits while building the cash guzzling Metaverse.

With advertising profitability looking more comfortable, investors have some breathing room to consider the Metaverse and the opportunity it presents.

Unsurprisingly, Mark Zuckerberg thinks Meta is the one to beat, the ‘premier company for building the future of social interaction and the Metaverse’.

And to give them their due, Facebook pioneered social interaction and social media back in the early noughties. The big question is whether they can do it again.

This is not something we’ll know the answer to for a few years at least. Meta itself says it’s gearing up for 2030.

But if they can crack the Metaverse, there could be a significant opportunity for the advertising business and beyond.

Market values of the Metaverse range from billions to trillions of dollars and with other businesses including gamers and clothing brands, also upping their Metaverse propositions, the prospect is worth considering.

But does the Metaverse matter?

We think this is a big question that perhaps the Metaverse pessimists are missing. At 16x earnings investors seem to have written it off as a foolish and costly endeavour.

But Meta’s success or failure doesn’t mean the end of the core advertising business. Sure the firm will spend big, but all spending can be temporary, even with grand visions like building a virtual world.

Meanwhile the ad business can still tick along.

Last year, Meta’s revenues were $117bn with $114bn from advertising. And while subdued versus previous growth stats, Q1’s revenues were still up by 7% year-on-year. More importantly, this level of growth is expected to stick around.

Then there’s the fact that digital advertising is a pretty profitable business with profit margins of 42.5% this quarter.

Even with certainty over the Metaverse lacking, with a valuation at 16x earnings for a profitable ad business, there’s a case to say Meta looks interesting.

If the group can deliver on its promises to improve growth and profitability and make good on its AI advertising developments, investor interest in the company will probably return.

Of course, none of these ventures are guaranteed to succeed, and this is always the challenge with growth investing.

What’s clear, though, is even after today’s big move investors are pricing in less chance of success than they were just a few months ago.