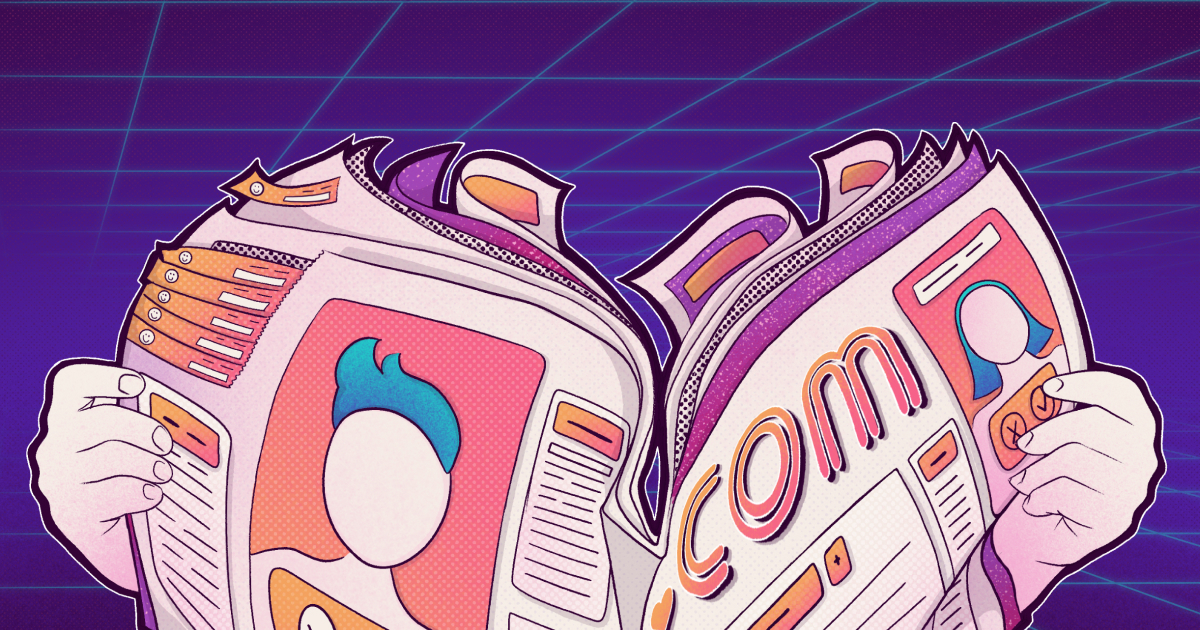 It’s earnings season and the financial press is jam-packed with stories about company share prices, low revenues and rumours over which CEO is going to be fired next.

Unlike most lengthy documents, company financial reports are super interesting because they often have a big impact on share prices.

If you hold shares on Freetrade, there’s a good chance that they will be affected by financial reports.

These reports, collectively, can also affect ETFs. If a large set of S&P 500 earnings reports are released simultaneously, for example, it can affect the index’s performance.

Why do companies publish their earnings?

The laws surrounding reports vary from country to country, so we’ll just be focusing on publicly listed UK and US companies in this piece.

Companies listed on the stock market in these two countries publish financial reports because regulations require them to do so.

There is a difference between financial reports and earnings reports.

A financial report will detail a company’s finances and contain various comments from its management team. Companies are legally required to publish these.

An earnings report is how a company communicates its financial report to the public. It might take the form of a press conference, press release or a conference call.

Companies are not legally required to hold or release earnings reports, though they usually do anyway because shareholders want them to

Earnings reports will detail a company’s revenue, profits and — most of the time — provide some narrative as to what the company is up to and what its future looks like.

Imagine if a company hid this information. You would probably find that suspicious and not want to invest.

Most investors feel that way, which is why companies have earnings reports.

If anything arises throughout the year that might significantly impact a company’s share price, they are required to publicise that information as quickly as possible.

Earnings reports are released, as you would expect, following the publication of a company’s financial report.

Divided by a common language, the US and UK also have separate rules governing financial reports for listed companies.

In the US, firms must release financial reports every three months or, to use business-speak, at the end of each quarter.

This results in four reports a year. Three reports detail a company’s earnings in the prior quarter and one final report discusses the year as a whole, including the fourth quarter.

UK companies here only have to release reports twice a year — once halfway through and again at the end of a year.

This difference between the US and the UK is the result of separate financial regulations.

The SEC (Securities and Exchange Commission), the main US financial regulator, has rules in place that require US-listed companies to publish reports four times a year.

In the UK, similar rules were in place until 2014. It was then that the FCA (Financial Conduct Authority), the UK’s major financial regulator, changed its regulations and said that listed companies only had to release reports twice a year.

There’s a bunch of information in earnings reports that tell you how a company is performing.

They are likely to include, revenues, costs and profits and an update on how the business is faring in whatever market it operates in.

Negative information, like an unexpected loss or low revenues, might push a share’s price down as people sell in response to this news.

For instance, ad agency M&C Saatchi saw its share price tank last year after it revealed past accounting errors, which meant it had to book a £6.4m charge.

The opposite is also true.

Positive earnings reports could push up share prices as people buy more of a company’s stock.

Last week, Tesla, the electric car producer, saw a small increase in its stock price after reports surfaced that it would have higher revenues than previously expected.

Why would a company’s stock price go down after good news?

Earnings reports are multi-faceted and contain both good and bad news for investors.

Imagine a company that reports high revenues for one quarter but predicts it will lose money in the next one.

It’s easy to imagine this company’s profitability making headlines. But the predicted losses could easily cause many investors to look past the media hype and sell off their stocks.

Good news might also not be as ‘good’ as people expect. In the run-up to an earnings report, people might invest in a company thinking that it’s going to release amazing results, pushing up its share price.

If those results are good, but not as good as people were hoping, it could lead to investors selling shares and pushing the price back down.

Another reason shares might go down after good news is that investors think a company’s success isn’t likely to last.

Investors might think that the stock is overvalued and sell it to cash in before, as they assume will happen, it goes back down.

Take Netflix, for example, which announced its Q4 earnings this week. Although international growth exceeded forecasts, domestic growth slowed, largely thought to be due to Disney+ launching. As a result, its stock price remained flat.

Predicting exactly what will happen after an earnings report is tricky. As with any large set of information, there are multiple factors at play that will be interpreted in different ways by different people.

Not the be-all and end-all

The earnings calendar is something that many investors will keep an eye on throughout the year. But it’s not the only thing that’s going to have an impact on the stock market.

If you look at the graphs on your Freetrade app, you’ll see that share prices change constantly.

So be aware of earnings reports — they do matter — but don’t think they’re the be-all and end-all of investing!

Want to learn more about investing? Read our detailed 'How to invest in stocks - guide'.

The three most common investor mistakes (and how to fix them)