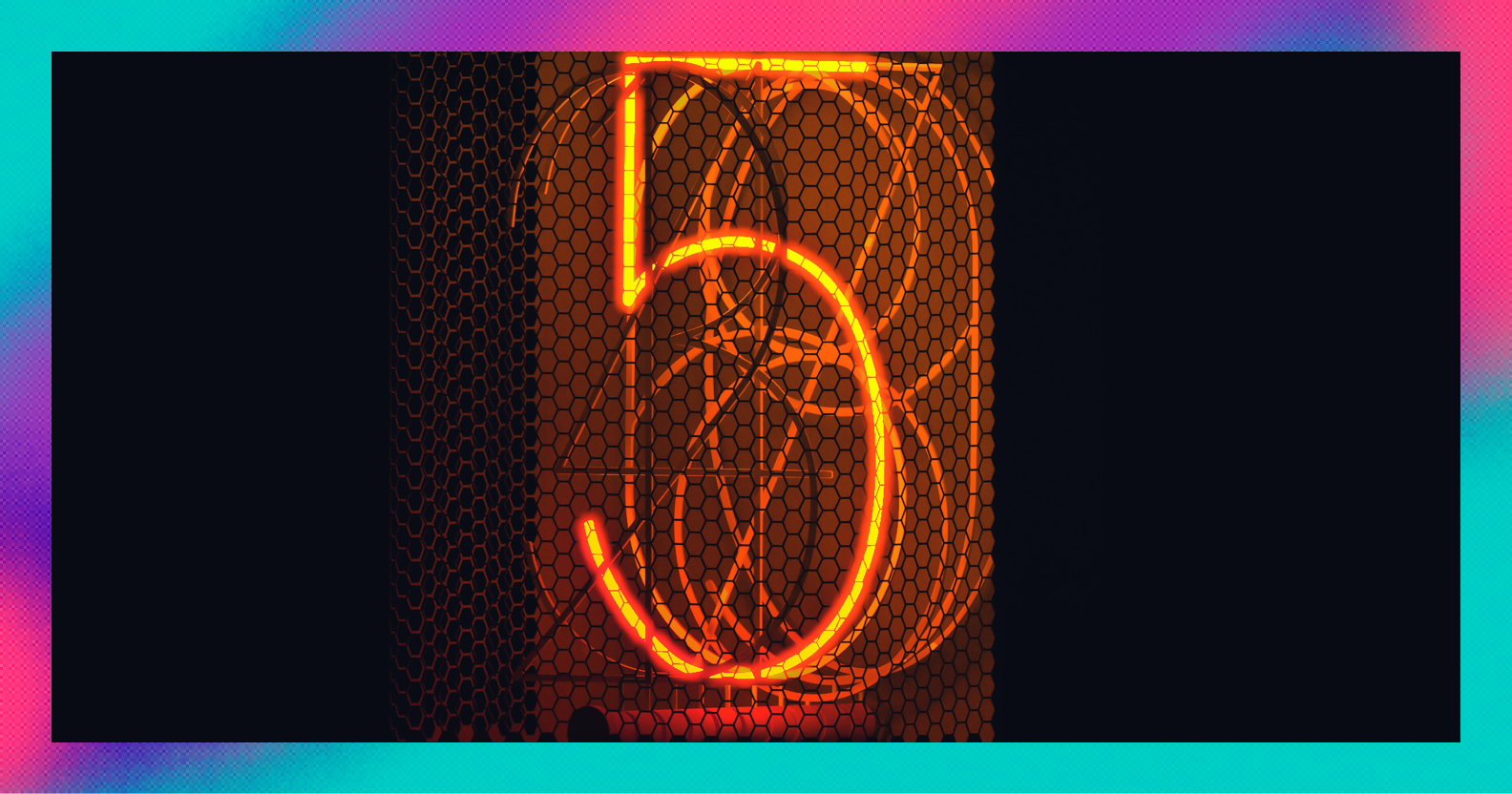 Talking to a colleague this week I realised a few of the investment principles I hold dear aren’t necessarily straight out of the investor handbook.

They are titbits of guidance I’ve received from professional investors throughout my stock market life.

We can, and should, all point to the textbook basics of investing as the building blocks of our journey.

But quite often what sticks comes from someone you have seen put it all into practice.

Here are five things I’ve learnt along the way and the five people who taught me them, whether they knew it or not.

‘Don’t just do something, sit there.’ - Terry Smith

Fund manager Terry Smith is like a walking quotation machine.

“You won’t go poor by skimming off profits, but you won’t get very rich either.” and “Di-worse-ification: the art of adding companies to your portfolio that just make it worse” are a few of my favourites.

But that simple line about doing nothing has always stayed with me.

It follows Smith’s mantra of identifying good companies, not overpaying for them, and then sitting on your hands.

It’s amazing how often I've spent hours on the first two parts, only to realise the last bit is every bit as important.

With quarterly results the norm now and 24/7 news keeping us informed right up to the second, we’re primed to be short-sighted when it comes to investing.

It’s natural to get sucked into wanting to check your portfolio every ten minutes or jump in and out of the markets.

But Smith’s message here is, if you have identified good companies with above average earnings and high quality, dependable management why wouldn’t you just let them get on with it?

That’s the approach he takes at Fundsmith whose funds include the Fundsmith Emerging Markets Trust and the Smithson Investment Trust.

ESG before it was cool - Sue Round

When I first spoke to Sue Round it was right at the beginning of my investment career but even then I knew people treated sustainable, socially responsible and ethical investing very differently to the mainstream.

There was a sense that, if you got involved in discussions on environmental, social and governance (ESG) standards, you were ready to sacrifice profits for some sort of moral crusade.

But now that we realise sustainable practices and profits not only go hand-in-hand but actually rely on each other, early adopters like Round can be venerated.

And it’s exactly that message I’ve always remembered - you don’t have to give up profits to keep your principles.

Even if doing good isn’t high up your investment checklist, adding an extra layer of due diligence on top of your valuation research hardly seems like a bad thing.

Will your company be more susceptible to fines or taxes because of what they’re doing to generate revenue?

That doesn’t seem very green but it’s at the heart of sustainable thinking.

Round is also a massive advocate for increasing levels of diversity in the investment industry, attracting women, and supporting returners - often those who have taken extended leave to take care of young children.

In the past she has highlighted how differently men and women treat risk in an investing environment - women often concentrating on long-term opportunities and men tending to carry more risk up front for shorter terms.

There is a strong argument to have both represented well - it might be that Round’s efforts in this regard are eventually reflected again in a similar article to this.

Small can be beautiful… if you’re careful - Mark Slater

The old saying ‘elephants don’t gallop’ is thrown around quite a lot in the investment world.

It describes how we shouldn’t expect mammoth corporations around the globe to keep making huge profits ad infinitum. Even the large caps start to level off after a while.

But if you’re seeking growth, does it pay to look at the other end of the size scale?

That’s somewhere Mark Slater has spent his career, overturning stones to see where growth looks promising among some of the UK’s smallest listed firms.

And often this means shopping for stocks on London's junior market.

Now, London's alternative market for young and smaller companies can conjure up images of fast and loose traders jumping on the latest oil and gas play with tightly crossed fingers.

But what I’ve taken from Slater is that approaching the minnows sensibly, and with no less attention to detail as you would bring to their larger peers, can be very useful.

Not least because you’re looking where a lot of others aren’t. But also because there are certain niches represented there that you can’t get anywhere else.

One reason is because small firms tend to serve the domestic economy - they don’t often have the distribution networks or sheer scale to move too far from home.

And this means they can zone in on one or two specific areas and try to do them well.

When you can identify these firms among the many others, or just winners too small to warrant broader attention, it’s possible to catch them before a lot of the growth is priced into the shares.

Slater points to his investments in Hutchison China Meditech, up over 25x the price he first bought in at, and Future, up 10x as a few examples.

It’s important to remember that there is considerable risk in small caps and that past performance is, of course, not a reliable indicator of future returns.

Keep in mind too that these fund managers’ views can and do change, so these companies are used as examples and aren’t intended as investment advice.

The returns Slater mentions here also took a long time to get to where they did so, even if your returns don’t go the same way, remember investing is a long-term pursuit.

‘Invest in what you know.’ - Nick Train

It was Warren Buffett who really kicked off the conversation around only investing in your ‘circle of competence’ but for me, the person who really puts it into practice in the UK is Finsbury Growth and Income manager Nick Train.

One of the main things I learnt from Train was the reason behind why it’s so important to know your companies and sectors inside out.

And it’s not necessarily so you can see where the opportunity lies.

It can also be about understanding what’s gone wrong when share prices dip and having the context to decide whether you think it’s a temporary blip or a reason to sell up and move on.

Come to think of it, learning everything you can about a topic is at the heart of Mark Slater’s father’s book The Zulu Principle.

That’s because Train thinks they fit with his approach of investing in high quality companies with strong stables of brands and loyal customer bases.

They’re the type of businesses he likes because he can understand them and see clearly how management is adding value or not.

If we were honest with ourselves, I wonder how many of us could say the same thing about the companies in our accounts.

Again, I’m not saying these companies are right for you, but rather the approach to making sure you really understand what you’re investing in is useful.

I first heard the former Temple Bar Investment Trust manager speak at an event around six years ago.

And I still remember a couple of things he said.

The first was that quite a lot of company share price charts eventually look good if you keep switching between the one-year, three-year, five-year and ‘max’ tabs.

And we almost always flick through them to find the most impressive one.

Whether it’s to convince ourselves to invest or help us conclude that we were right not to - it’s a process known as framing and it’s just not that helpful.

Placing a certain frame around a specific point on a share price graph rarely tells us anything about the underlying state of a business, its balance sheet or the world around it.

So keep the share prices until last (as a lot of professional investors do) and start with the company fundamentals - they’ll tell you more about the firm than the squiggly lines on the screen.

The second thing he taught me, and the last thing for today, was that you shouldn’t be afraid to look where other investors don’t.

He called it looking ‘in other investors’ dustbins’ but really he was describing a value contrarian approach.

He particularly liked looking at companies overlooked or cast aside by the market, as everyone turned to the hotshot celebrity companies of the time.

And if they were unfairly ignored, or were going through a makeover that no-one had noticed yet, he got very excited.

It takes a strong stomach to invest this way, and sometimes firms end up being cheap for a very good reason, but spotting the turnaround stories before everyone else can prove very fruitful once the good news starts turning heads too.