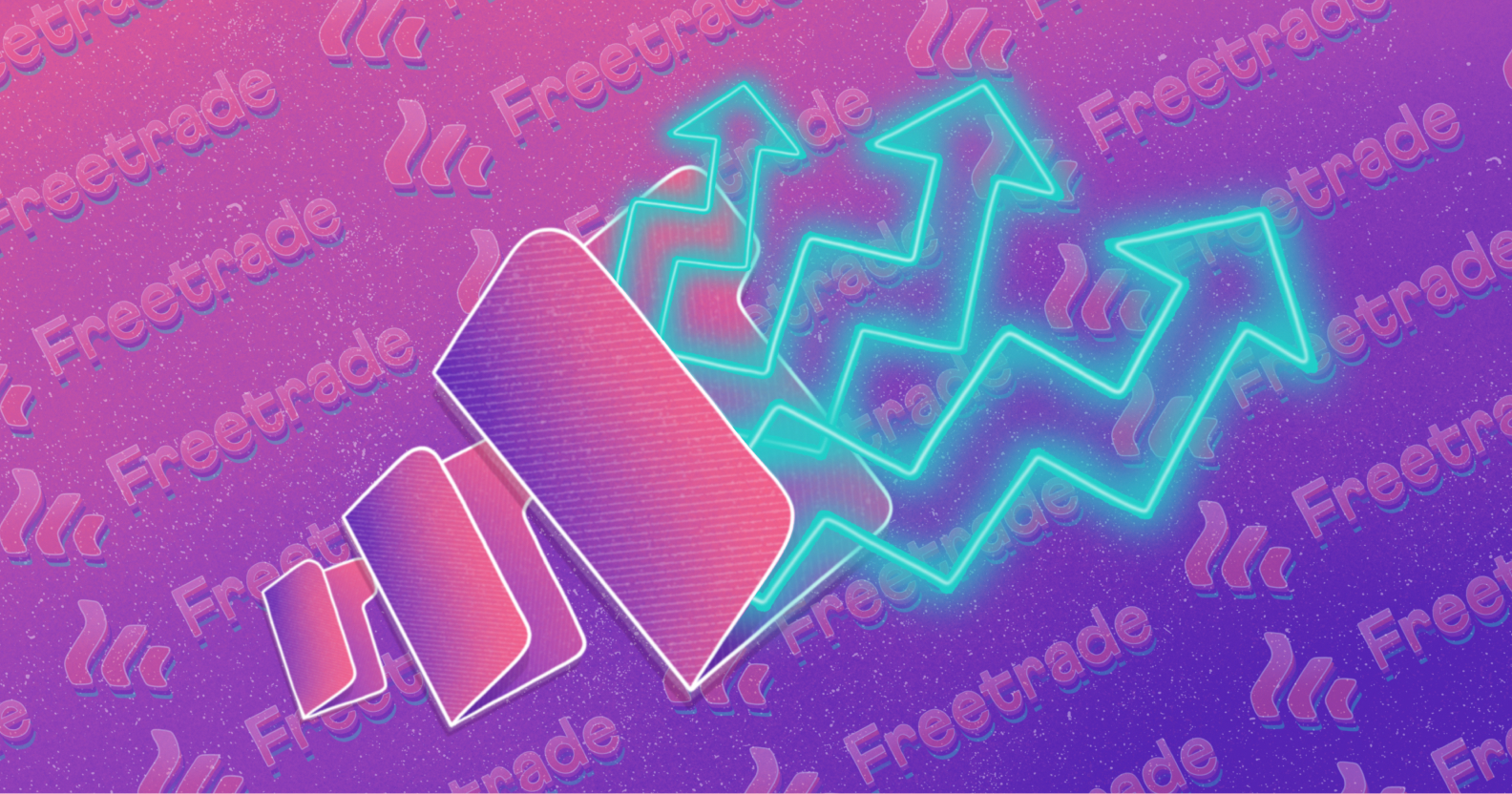 Buying’s the easy part, here’s how to sell with conviction.

A fear of heights is a funny thing.

Crossing a rope bridge or looking out from a hot air balloon doesn’t seem all that scary from the ground but head up a few feet and that all changes (for me anyway).

And it’s not necessarily the distance, it’s more about how precarious and unnatural it can all feel. Nearly like the fear and nausea are the body’s way of screaming at how weird it is to be up there.

Investors can get a similar feeling when their shares start to climb.

It’s easy to stand at the bottom of the graph and will your companies on to greater heights. But the higher they get, the more likely you are to feel a bit uneasy at the prospect of a drop.

That’s because we’re hard-wired to be wary of risk and avoid it where we can. Actively adopting more risk in the pursuit of higher returns is not a natural evolutionary trait.

Get a handle on risk, don’t get scared by it

That balance between knowing risk is an essential part of investing, and wanting to protect your gains at all costs, is probably tested most when a share’s return hits that psychologically important 100% mark.

Doubling your money feels like a big achievement. It’s easily understood to have been a success by everyone around us and it’s a nice round number.

Why then does it end up feeling insanely uncomfortable?

I’ve doubled my money, should I sell?

Well, the truth is, it doesn’t have to. That part is down to us.

There is so much conflicting guidance on what to do with a profit though. If you listen to Buffett’s aphorism “Rule number one, never lose money. Rule number two, never forget rule number one” you’d figure it’s time to take the lot off the table immediately. Bird in the hand, and all that.

But what about the phrase Terry Smith attributes to the Rothschilds, “No one ever got poor by taking profits. But I doubt they got very rich either.”

So, back to square one - who do we listen to?

Well, pithy as they both are, listening to either on its own isn’t all that helpful.

We need to take into account the company share in question. After all, until now we’ve just been dealing in abstracts.

A guide to investment risk

Be an expert on the business, not the share price

Regardless of share price performance, we should always be interrogating the business behind it. It’s no surprise that the longest-lasting quality companies tend to carry steady share price rises over the years.

Is it laden with debt? If it pays a dividend, can it cover it well? Is the firm using profits to reinvest back into the business in a way that produces even higher levels of return? What are its operating margins and can it keep them even if another 2020 comes along?

These are all questions we need to ask of the business, not the red and green lines on the market every day.

That’s important when the share price does prompt you into action because that’s exactly when it’s most useful to remember you actually own a small part of a company, not a signal on a screen.

Focus on that and stay away from the temptation to treat investing like a game of catching the top of the graph before the market takes it away from you.

It’s only by knowing your companies that you’ll be able to understand why their shares are moving. Not only that, but you’ll have a fair idea if the driver is a one-time thing or if it’s part of a longer-term theme you want to hold onto. Or, maybe you would rather leave that to someone else.

100% is an arbitrary figure too. It looks nice and neat to us but it really holds no significance in the broader scheme of things. And it only matters to you.

Had you invested a day earlier or later, chances are you wouldn’t be on exactly the same gain/loss as the day in between. If a 95% return wouldn’t switch on the same altitude meter that 100% would, behavioural bias might be creeping in.

There’s a huge amount of framing bias involved when we look at what our holdings have done during the time we’ve held them. But looking at it all that way risks thinking you have some sort of relationship with that stock.

“I’ll sell when it gets to X” or “I’m not buying until it comes down to Y” are two classic phrases we tend to trot out that apply a layer of personal preference rather than sound calculations.

But remove yourself and the picture frame from the equation. The stock doesn’t know you own it - it existed before you bought it and it’ll exist afterwards. It won’t necessarily act in the way you want it to during exactly the parameters you give it, and you need to know that going in.

When to hit the sell button

All this is a way to warn against simply letting the charts prompt your actions.

Regardless of the returns, stick to the principles of looking at the business performance first. Is there anything in there to make you want to sell up? Is management misallocating capital? Has growth come to a standstill? Has the story you bought into played out?

These are the questions to ask, rather than panicking over numbers that only show what’s happened to the price since you’ve been a shareholder.

That might mean now is the time to sell, or it might mean you’re actually happier staying put. The point is you’ve examined the investment case, not flipped a coin.

Everything you need to know about selling your shares

Be pragmatic, and ruthless

Now, not all stocks will be forever stocks. Especially if you have gone down the value contrarian route and bought into a trainwreck in the hopes of seeing it cleaned up and put back on the rails.

But in every case, stay sensitive to the company and its valuation, not the spiky chart. Value investors tend to have strict sell buttons when valuations return to the industry average or the transformation is complete.

That won’t work for every strategy but the inclusion of a clearly defined trigger to sell is a great addition to any investment toolkit.

Don’t like when management burn cash on a vanity project like a bigger office? Put it on the sell checklist. Has the firm just offloaded a business you thought was very valuable? Time to consult the checklist.

This type of structure can take the hard decisions away and help you respond robotically, and without panic.

Pick the flowers, not the weeds

A last point to make is to always view your investments through your own personal balance of risk, the time you have to invest and your own financial goals.

When you leave your investments to get on with it, they can grow at hugely different rates. Checking in to rebalance your asset mix every six months or year can bring the blend back in line with your investment personality.

That’s not an excuse to chop down the winners and spread among the laggards though. As Peter Lynch said, rebalancing isn’t about picking the flowers and watering the weeds. Don’t be afraid to run your winners, especially if the business shows no sign of stopping.

At Freetrade, we think investing should be open to everyone. It shouldn’t be complicated, and it shouldn’t cost the earth. Our investment app makes buying and selling shares simple for both beginners and experienced investors and keeps costs low. So download the app and start investing today. You can keep your investments as part of a general investment account, a tax-efficient stocks and shares ISA or a SIPP pension.‍