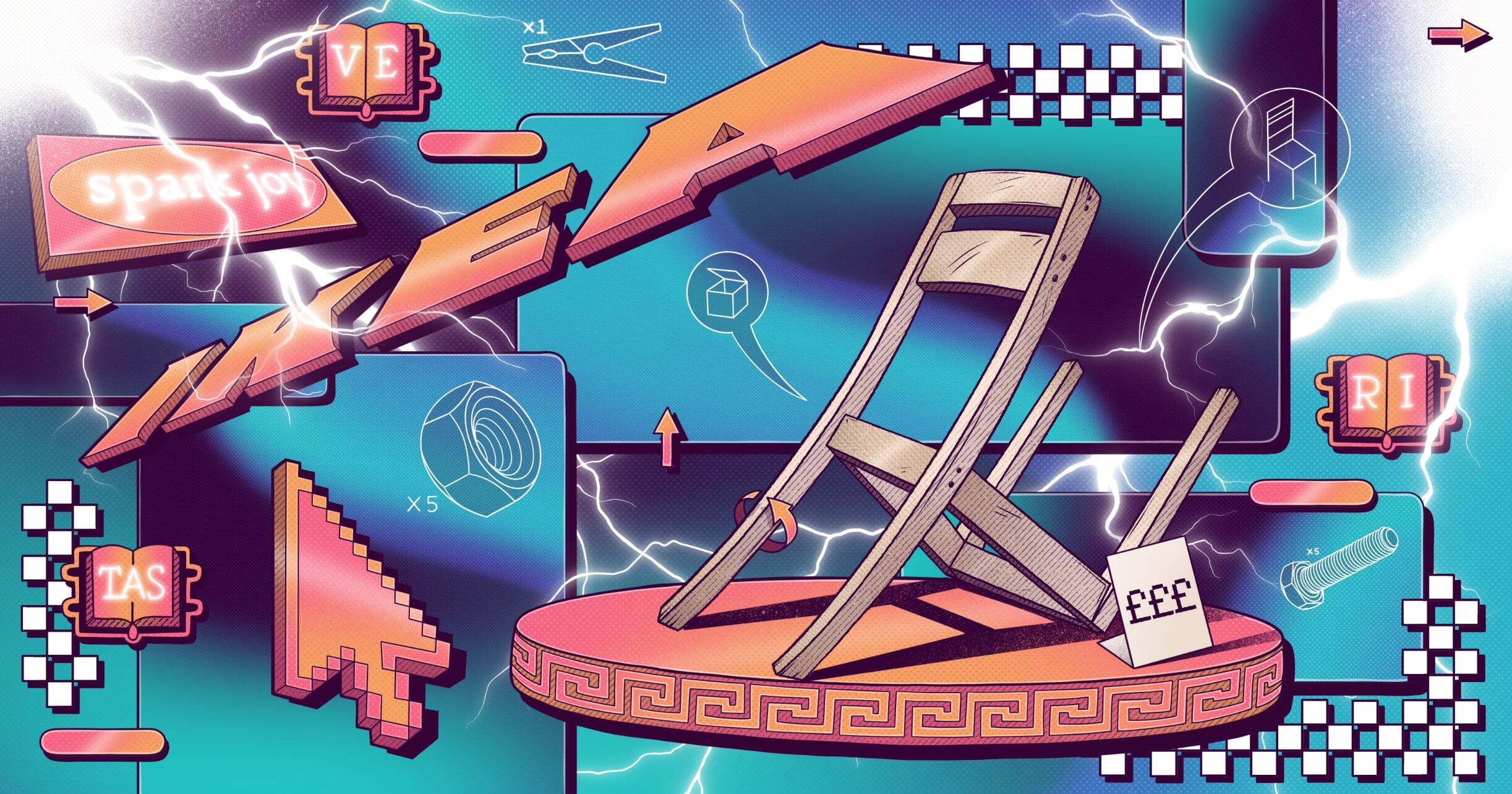 Allen keys and portfolios at the ready.

IKEA is a retail marvel. Love it or hate it, you have to respect a company that puts a lazy river at the core of your shopping experience. Want to skip the kitchen section? Too bad (and you’ll probably still pick up a new lasagne dish while you’re there).

But today isn’t about the store itself, it’s about another iconic aspect of these Swedish furniture cathedrals.

Squeezing a Malm chest of drawers and a Billy bookcase into the back of the car is part and parcel of the IKEA experience.

And it’s a rare shopper that hasn’t cursed their bed-building skills on a Sunday afternoon.

But it seems that, once we’re past the construction stage, that process has quite a marked effect on how we view our creation.

A 2011 study by Harvard Business School found the act of putting our products together makes the whole thing much more special to us.

The researchers concluded that "labor alone can be sufficient to induce greater liking for the fruits of one's labor: Even constructing a standardized bureau, an arduous, solitary task, can lead people to overvalue their (often poorly constructed) creation." [1]

I’m trying not to take the ‘poorly constructed’ part personally. But master craftsmanship or not, subjects were willing to pay 63% more for furniture they had assembled themselves, than for the same items that came pre-made.

“Participants saw their amateurish creations as similar in value to the creations of experts, and expected others to share their opinions.” Again, ‘amateurish’? How very dare they.

Given the subjects were no more adept at Allen key wizardry than each other, how come they considered their own efforts to be significantly more valuable than someone else’s?

It highlights just how susceptible we are to behavioural bias. In this instance, we’re just not great at staying objective and we can’t help but project a little bit of ourselves into the whole process.

The truth is they weren’t valuing anything other than their own pride.

The same thing can often be true of investing in shares.

The more effort we put into researching companies, keeping up to date with their stories and maybe even dialling into webinars or AGMs, the more we’re likely to keep hold of those shares no matter what.

Five night out stocks for 19 July

Feeling like a bit of an expert can make us a lot more confident (rightly or wrongly). But just as big of a driver can be the prospective embarrassment of being wrong.

Sometimes that’s the emotion that leads us to chuck good money into bad firms we’ve already invested in, in the hope everything willl turn around and we’ll eventually be proven right.

Now, there’s a high quality investor in there somewhere but what can really separate the good from the great is the ability to divide all of that knowledge and effort from the fear of moving on if needs be.

That’s not to say investors should sell up the moment things get tough. But there’s often a temptation to stick with a share simply because you know how much effort it took to develop a deep knowledge of its business.

That bleeds into another bias: the sunk-cost fallacy. Along the same lines, we might fall into the trap of saying something like ‘Well, I’m in it now’, as if you’re being held prisoner by the research you performed and from which you can’t simply walk away.

But, extend that thought and you’d end up investing in every idea you took beyond a quick Google search. ‘I’ve started so I’ll finish’ is a phrase best kept for Mastermind.

Bias: the first step is acceptance

As with all behavioural bias, if we knew we were falling prey to the IKEA effect or were predisposed to certain behaviours, we’d have combated it all by now.

The point is that it sneaks up on us and blurs our vision in times of stress or uncertainty. And all the examples in the world aren’t really that helpful then.

So, whether you remember the IKEA effect or its cousin the endowment effect, just make sure what sticks is the tendency for people to place a greater value on things if they’ve made them or own them.

Just knowing that can be a huge help in spotting that behaviour in yourself.

Create a team of winners, and be a ruthless manager

Of course, all of this is fairly meaningless if there is no clear course of action we can take to reduce the chance of the IKEA effect clouding your vision.

One way professional investors try to stay objective is to constantly review the portfolio-worthiness of their stocks.

Assets should be fighting to get into your portfolio - it’s a privileged place for them to be after all. No share deserves to be there just on past merit or because you can’t bear to see it go.

Instead, Marie Kondo the whole thing.

Confront your underperformers or companies that have run their course, thank them for their service and send them on their way.

A useful method is to give your shares a regular appraisal with a systematic process at heart.

You might already set aside time every six months to rebalance your assets to keep them in line with your tolerance for risk. That could be a good opportunity to check in with the companies in your portfolio and make sure they are still following the strategies you bought into.

Or you might use a few triggers like a 10% drop in share price as a prompt for reassessing the company and what has provoked the fall.

If the investment case is still intact, it may be a good opportunity to buy more shares at bargain prices. But if there has been a material change like new management with new ideas, it may be that the business is now fundamentally different and doesn’t meet your standards anymore.

The same process can work on the way up too. Has a recent rise detached the firm’s valuation from its baseline fundamentals? Is its price-to-earnings ratio in the stratosphere, and is that telling you to channel Ms. Kondo?

Look past prices to the firms behind them

This type of process lays out clearly how you can decide to stay invested or sell, even if it’s at a loss. And if that thought is scary, reflect on your lack of conviction to buy more at the low prices. If you can’t stomach that, why are you in it at all?

Notice, though, that in these examples the underlying company is the most important thing to examine rather than the spiky graphs that represent it on the market.

A price move might get you interested but your effort should immediately go into the events provoking it.

This approach isn’t a secret recipe for instant success but it does attempt to minimise the uncertainty gap when it comes to deciding whether to buy or sell a share. That’s important to do because the gap is nearly always filled by emotion quicker than logic and sound reasoning.

If you can recognise and address a situation in which a sale is seen as the intelligent thing to do rather than thinking about it as a flashing example of incompetence, you’re more likely to take decisive action based on objectivity.

Ultimately, when it comes to placing a value on the research you put in, the worth of all that time and effort isn’t necessarily only demonstrated by buying a stock or holding onto it.

It’s just as valuable to recognise when that would be a bad idea or, importantly, when it’s turning into one.