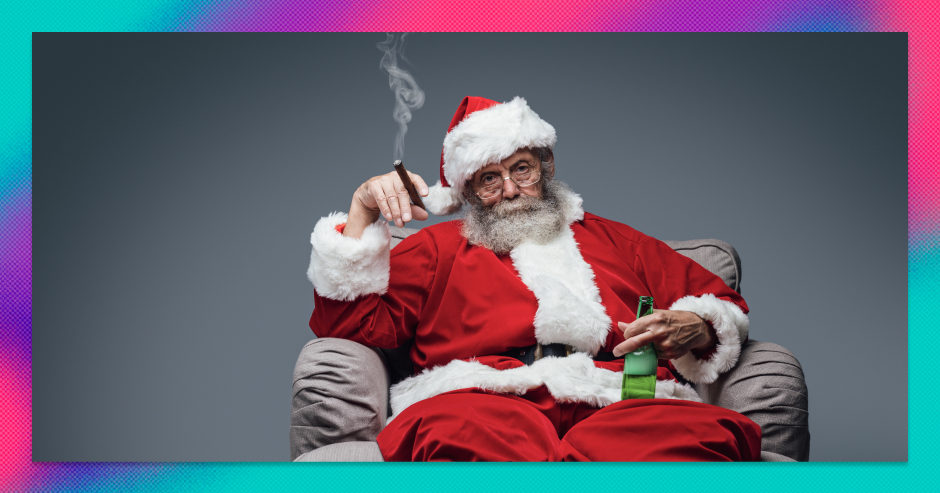 There’s too much demand for everything, coal included.

If the UK made a Christmas wishlist, we’d run out of ink before we’d even made a dent.

Things have gotten so bad, we’ve even run out of coal. And at this point, with Vietnam’s textile industry shut, kids would be lucky to even have a sock hung by the fire for Christmas - let alone a stocking.

But is all this just a bunch of fear-mongering? Are we actually running out of everything? Could Christmas really be cancelled, or is all this one big scrooge-d up lie?

Hang up your cap

You don’t need your thinking cap to understand how this kerfuffle began.

Just grab your old economics textbook. For the most part, this can be explained by a good ol’ fashioned supply-demand imbalance.

Consider the semiconductor shortage. There’s a serious supply crunch, dating back to the widespread implementation of 5G in 2019.

Telecom giants needed chips to install these new networks, and demand took off. Then the US tossed another wrench in things, outright banning American semiconductor sales to China’s Huawei.

As you can likely tell from its name, TSMC is Taiwan-based, but it relied upon American manufacturing equipment. So it had to cut ties with Huawei, and smaller chipmakers around the globe tried to step in and fill the void.

But they couldn’t. Or at least, not quite enough.

Things went from bad to worse when the pandemic kicked off. WFH and net-zero mandates ushered in more demand for two things: new tech and EVs - both of which need chips.

NIO’s EV sales were their lowest in 16 months last month, but simultaneously, they reached a record high order pile-up.

Hence why tons of firms in the industry (Lattice, Navitas and ON, to name a few) have seen their share price take off this year. Most have massive swaths of orders on the books, which will carry on well into 2022.

Sign up to Honey, our daily stock market newsletter

Shipping freight's in a frightful state

Back to the ever-loved supply and demand curve. You may be wondering: if the world needs more semiconductors, can’t we just start making more?

Not really. You need billion-dollar machines (for TSMC, £12bn to be precise) and massive factories that take years to build. Once they’re up and running, it still takes another three months on average to make a chip.

Without some extra helping hands, the industry has to just keep treading water.

No stock for stockings

This points to less big boxes under the tree this year, but there’s always a nicknack filled stocking for some holiday cheer, right?

Perhaps not. Delays spanning just about any and every supply chain have meant it’s much costlier and way slower to ship goods.

Textainer, a shipping container leaser, saw its share price soar this year after demand skyrocketed. So much so, it’s expanding its existing fleet of 4.1m containers by 30%. And the price to ship one of those containers is through the roof.

Can money grow on Christmas trees?

Who bears the brunt of this cost? Low margin companies. Take Dollar Tree, America’s Poundland. Its operating margins are thin, around 8% on average across the past four quarters. Dollar General, a similar low-cost retailer, had margins of approximately 10% for the same period.

Those are quite thin when you pin them up against the likes of Apple, which across its fleet of tech-y goodness, has operating margins near 42.5%.

So if you’re looking for little bits to cover the losses of hard-to-find big-ticket items this holiday season, think again.

Imagine if Old St Nick managed to pull through for us this year, waving a magical Christmas wand and sorting all our supply chain and semiconductor woes.

That wouldn’t necessarily be enough to sort out Christmas because the old ghost of inflationary past is still haunting us.

The ONS reported UK manufacturers’ costs were up by 11.4% this September on last. Inevitably, those get passed along somewhere, and it’s the consumer paying the price.

In that same year-long period, the Consumer Price Index (CPI) grew by 3.1%. While that level’s not unheard of, it’s not been seen in the UK since 2017.

As the cost to buy goes up and furlough payments get cut, for many, it’s harder to get gifts - no matter the size.

What does all this mean for the market? Trying to decipher whether a demand glut is a good or bad thing for a company isn’t equal across the board.

When Apple broke the news it was short on a lot of goods, its share price went down. But Tesla’s share price kept climbing when an additional 100,000 EV’s were added to its backlog.

If you had to make the choice, perhaps you’d prefer to invest in a company facing too much demand rather than not enough. Investors may even be reassured it’s not the firm’s own fault it’s facing challenges - it’s that of supplies and the industry at large.

And ultimately, if you believe in an invisible hand guiding our market, things will eventually figure themselves out. Maybe it’s not that Christmas is outright cancelled, it’s just going to be a bit late, expensive and underwhelming.

What do you think about the Christmas supply chain crunch? Let us know on the community forum:

Freetrade is on a mission to get everyone investing. Whether you’re just starting out or an experienced investor, you can buy and sell thousands of UK and US stocks, ETFs and investment trusts commission-free on our trading app. Download our iOS trading app or if you’re an Android user, download our Android trading app to get started investing.