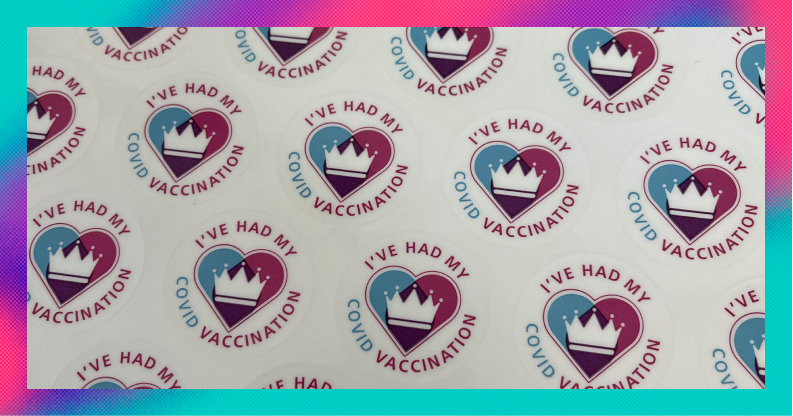 And showing why focusing on superficial fundamentals isn’t usually a good idea.

One of the things the pandemic has done, particularly for new investors, is draw a superficial connection between fundamentals and stock prices.

We’re buying lots of stuff online, so Amazon shares go up. Everyone is working from home, so Zoom stock is a good buy.

Sometimes this logic works but the problem with it is that it generally doesn’t capture all of the nuances that make up a company’s operations.

Nowhere is this clearer than with AstraZeneca.

The pharmaceutical group’s shares reached record highs after crashing along with the rest of the market just under a year ago.

But shares in the company are now trading below pre-covid levels — not something you’d necessarily expect from a firm that looks set to play a major role in getting us out of the pandemic.

In part that reflects a lot of profit taking in Astra shares over the past six months. Every time the stock has rallied, it hasn’t taken long for there to be a sell off.

The market is also a forward-looking mechanism. So no sooner was the vaccine announced than shareholders started looking past the whole theme.

There are other factors at play here too though, showing that it’s not just a case of vaccine + company = guaranteed share price gains.

For one thing, Astra has pledged to produce its vaccine at cost.

Even though there may be some PR benefits to having done so, this means it’s hard to see the vaccine translating into a meaningful revenue boost for the group.

Of course, it’s pretty crass to think of things in this way and many shareholders probably won’t mind that the company isn’t profiting from a crisis.

Still, there will be plenty of speculators and other investors that are happy to think in those terms. In fact, it almost certainly explains why Astra shares got a big boost after news of its vaccine first emerged.

The subsequent realisation that there may not be much profit to be made here, along with the group being embroiled in a political spat with the European Union, may be the reason why Astra hasn’t seen its shares remain at prior highs.

But the thing is, there are still some pretty murky details here. Astra has agreed to sell at cost until the ‘end’ of the pandemic.

The question is who determines when that is. Some reports indicate that it could come in July but that would almost certainly still leave hundreds of millions, if not billions, of people without the requisite injections.

Given the limelight it finds itself in, it’s hard to see Astra bumping up prices even if it's able to.

But crazier things have certainly happened and, in the annual report it released on Thursday morning, the pharma company said that it would publish more details about the vaccine rollout in its next quarterly report, leaving investors scratching their head as to what to expect.

That report did, however, provide some good news for shareholders.

For one thing, the group reaffirmed its commitment to a full-year $2.80 dividend, something that has kept pension funds and other big investors happy for over a decade.

More importantly, revenues for 2020 were up close to 10%, with an operating profit margin of 19%.

The company also reported that it had made $7.4bn in the final three months of last year.

And this was not due to some corona-inspired bump. Astra managed to improve its sales with a mixture of new and existing drugs.

Given that we’ve seen so many people stay away from hospitals and GP’s offices or not able to get appointments, that’s pretty good going.

Astra shareholders will have been particularly pleased to see sales growth in those new products.

A perpetual problem pharmaceutical companies face is patents coming to an end. Expired patents mean they lose the ability to be the only company selling certain drugs.

So shareholders will have been happy to see sales increasing in products like Fasenra, a newer drug which is still patented, offsetting a decline in Pulmicort sales, a drug that is out of patent.

Pharma companies are constantly eyeing up their next patent cliff and planning ahead to have at least one other big source of revenue to overlap, when the time comes. That’s what makes the sector’s smaller one-trick ponies so risky, and why the huge firms spend so much on research and development.

Thursday’s results may also be a sign that Astra still has some growth prospects in it. After a few years in the doldrums, revenue has grown in small amounts over the past two years.

That growth rate may change this year when the conglomerate completes its £29bn acquisition of US pharmaceuticals business Alexion.

Judging by the reaction to the acquisition so far, Astra still has to do some convincing to get shareholders on board with the deal.

Acquisitions, particularly large ones like this, can often turn out to be too costly and time-consuming to be worthwhile.

But if the two companies can cut costs through synergies and work together to develop new drugs, then the merger could represent a solid growth opportunity for Astra shareholders.

Unfortunately Thursday’s report didn’t give much indication as to what we can expect here. We’ll just have to wait for more updates as the deal approaches completion later this year.

In the meantime we can probably expect more ups and downs in Astra’s share price as the vaccine rollout continues.