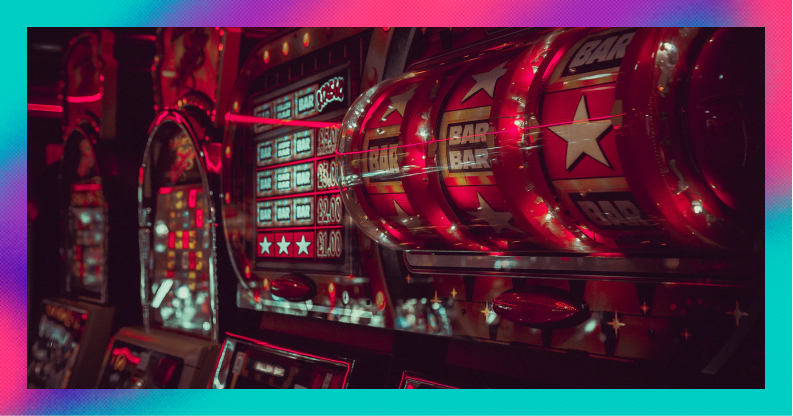 The US offers big opportunities to an industry facing mounting pressures in the UK.

Back in the halcyon days of university, I was walking around London town with a friend of mine who had just arrived as an exchange student from the States.

It was his first time in the UK and one of the things he pointed out was how strange it was that there were so many betting shops lining our high streets.

That may seem like a weird observation to have made but the reason he found it so peculiar is most forms of gambling have been illegal in the US for a long time, so the sight of bookies shops for him probably felt a bit like an Amsterdam ‘coffee shop’ does for us.

Such a scenario would be less likely to play out today. In 2018, state authorities in New Jersey challenged a US Supreme Court ruling that had outlawed sports betting in the country.

New Jersey won the case, which meant all states were free to legalise sports betting. At the same time, several states have been legalising online gambling, something that was effectively banned in 2006.

Their absence from the online gambling and sports betting scene means US companies are actually lagging behind UK businesses in the sector.

We’re so used to US tech companies dominating every market that it’s hard to imagine firms here doing a better job than their American counterparts. But hey, at least we’re doing well at something, even if it’s gambling.

That explains why we’ve seen so many UK firms forming partnerships with US companies that have only really been active in the casino game up until now.

William Hill, for instance, has been working with Caesars Entertainment for its US activities and is going to be acquired by the casino operator this year.

Similarly, Entain, the rebranded version of GVC Holdings, has been active in the US via a partnership with MGM Resorts. And Paddy Power owner Flutter is making headway in the Land of the Free by acquiring betting website FanDuel.

These three companies are part of a wider battle for US market share that we’re seeing take place.

Realising just how much tax they stand to gain, more and more states are starting to legalise sports betting and online gambling.

Customers have also been quick to pile in. Last month, the New Jersey Attorney General’s office published data showing that online gambling revenues had more than doubled in 2020 compared to 2019.

Looking ahead, conservative estimates put the total value of the industry at $10bn by 2030. Others have said it could be worth more than three times that amount.

The funny thing is that every market participant likes to pump these numbers and say how they’ll be able to grab a certain chunk of it.

But when you add up the value of all their claims, they far exceed what the total market value is predicted to be. So either the market is going to be much bigger than we expect or there are going to be some losers in the big battle for dominance in the sector.

William Hill has started out on a strong foot. The company isn’t actually doing that well in the UK but claims it now controls 29% of the entire US sports betting market.

Combined with its online casino offering, that translated into £167m in revenue last year.

Even taking into account the cancelling of so many sporting events, and the ability to generate betting revenue from them, the group still saw a 35% increase in its US revenue in 2020.

Entain also claims to control 18% of the sports betting and online gambling market.

When you add up those percentages, you can see that the waters are a bit muddied as to how dominant a company really is.

Nonetheless, it’s clear that London-listed firms aren’t doing too shabbily in the US. If all of these companies genuinely have the sorts of market share numbers they claim to — and we see the US market growth that’s been predicted — then they stand to make a lot of money.

Investors have obviously not turned a blind eye to these developments.

Shares in William Hill have almost doubled in price over the past year. For Flutter and Entain the figures are 71% and 50% respectively.

Some listed US companies have also done extremely well.

That means plenty of people are already banking on big growth in the US market. To take one example, Fluttter is trading at 44x forward earnings.

That’s not a crazy amount — we’re definitely not in Tesla territory — but it’s still pretty high.

Still, the US market does represent a huge growth opportunity, which may mean the premium on the shares is worth paying for.

And that’s really true for the wider market. Gambling has not seen the same sort of hype that tech and electric vehicles have but there are still plenty of people aware of what’s going on in the sector and investing their money accordingly.

That’s pushed up prices across the board, so there is definitely less opportunity here than there was a year or two ago.

But if the predicted numbers are correct then the gambling sector could be a real cash cow in the years ahead. Just make sure you don’t pick the wrong horse.

Equities and inflation: a little theory