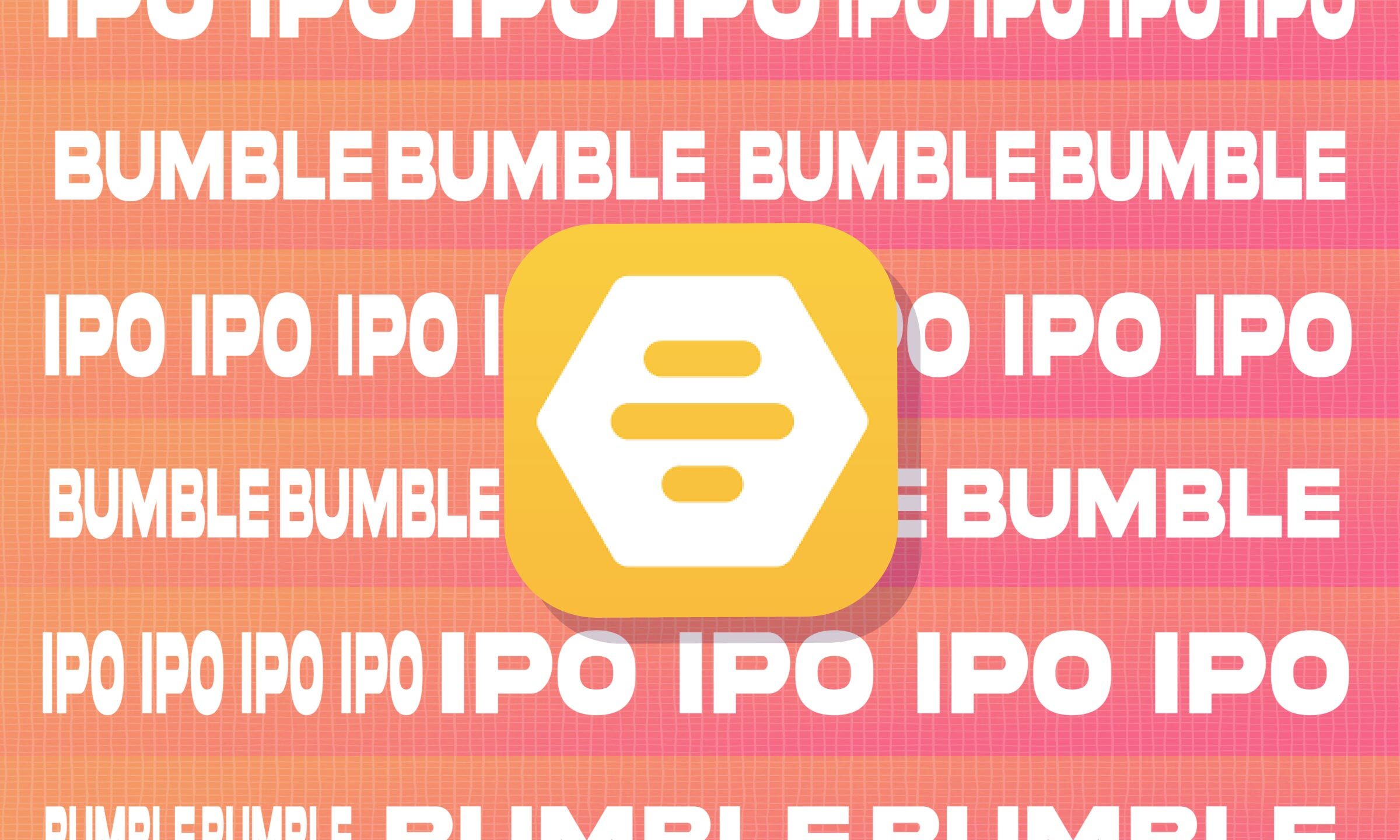 Naturally we covered the Bumble IPO buzz in our Honey newsletter (now there’s a perfect match) but here’s a bit more on what the company is bringing to market.

The Tinder rival has just raised $2.2bn by selling 50m shares in its public offering (IPO). It begins trading on the secondary market in the US today, just in time for Valentine’s celebrations. (Don’t make lockdown even quieter by forgetting.)

But it’s more war than love for now in the online dating sector.

Match Group has been a big hit among investors over the past few years so this is a real opportunity for Bumble founder, and Tinder’s former VP of Marketing, Whitney Wolfe Herd to show how much value her firm can create for investors too.

The market will be keen to see how Bumble’s model and financials stack up against Match’s platforms which include Tinder, Match.com, OKCupid and Hinge.

And that value could be unlocked thanks to the firm’s ‘B’ hive. Bumble BFF (for friends), Bumble Bizz (for business) and dating app Badoo all come with the Bumble group.

Together, the core app and Badoo rake in more than 40m users per month, according to the firm’s filing. That’s against the 57m using Tinder, which had a two-year head start.

These are promising numbers but the non-dating side of things hasn’t been able to make “significant revenue” yet, which may be a worry for new investors.

Wolfe Herd might have plans to expand the Bumble empire into a more holistic lifestyle app but initially she might have to deal with shareholders wanting to see the non-performing assets jettisoned, in favour of focusing on the core offering.

It’s one thing to compete and bring a different angle to the game, but those additions have to add to the initial idea, not take away.

But, if investors can look past these speed bumps, they might just have the sector’s next big disruptor on their hands.

Wolfe Herd left Tinder with the goal of “rewriting the script on gender norms by building a platform that is designed to be safe and empowering for women, and, in turn, provides a better environment for everyone."

Shaking up the game seems to be in the firm’s bloodstream.

And that this came after alleged controlling and abusive experiences with ex-partner and fellow Tinder co-founder Justin Mateen may heighten the desire to offer an entirely different product from Tinder eventually.

Turning to the financials, Bumble’s IPO filing shows the firm reported revenues of $416.6m, up 15% on the previous year.

It racked up losses of $118.5m against net income of $54m a year earlier. Those auxiliary parts of the business will really need to justify themselves if they are going to not only stay in the brand stable but lead the company into wider social networking fora than dating.

With investment powerhouse Blackstone in its corner, and a newfound public market persona, Bumble has the opportunity to make even more work for idle thumbs.

Whether it can topple Tinder is one question, but whether it can change the whole dating game is clearly at the heart of its mission.

How do you think Bumble will get on after its IPO? Let us know on the community forum:

Is the UK holding you back?