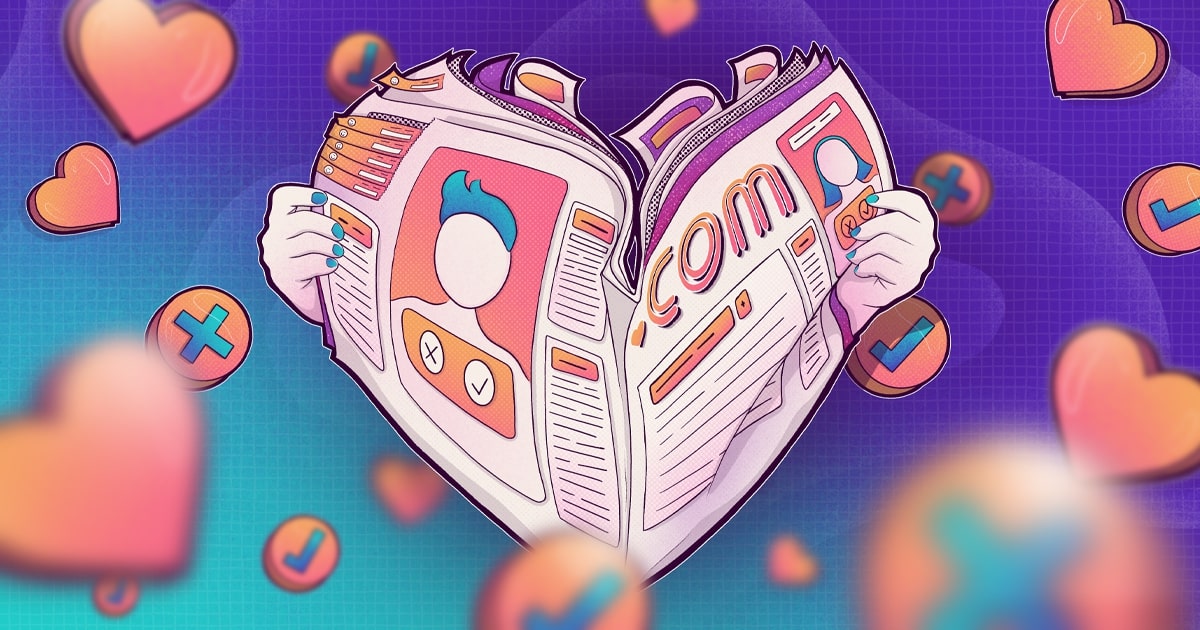 Online dating is attracting lots of customers and big bucks

Long ago, in a time called the 1980s, there was no such thing as the internet and when people wanted to look for things, like a love interest or a locksmith, they’d often end up trawling through endless pages of classified ads in the newspaper.

Another option was to use a phone service. You’d call a number and they’d try to find you a date. Prices for such services were usually pretty high. You could end up spending hundreds of pounds or dollars just to find someone to go on a date with.

Today this all seems crazy. Not just because it was so expensive but also as it’s such a slow and inefficient way to get the service you need. After all, you can just use the internet, right?

But the only reason you can do that is because someone came up with the idea in the first place — the internet didn’t come with online dating built into it.

And one of the first companies to bring matchmaking to the World Wide Web was Match.com

The Greek mathematician Archimedes is said to have figured out how to measure the volume of an object as he took a bath.

Over 2,000 years later, while taking a shower in his San Francisco apartment, Gary Kremen came up with the idea for Match.com. At least that’s what he says happened - it makes for a good story though.

Regardless of when precisely the idea formed in his mind, the cause of it was his own bad experiences with using classified ads. They were, in short, expensive and didn’t work well.

Today the idea of putting classified ads on the internet sounds like an obvious thing to do.

We’re so accustomed to sites like Gumtree and Craigslist that we forget someone had to figure out that it would be a smart move to make in the first place.

Kremen cottoned on fast. Not only did he buy the Match.com domain, he also acquired Housing.com, Autos.com, and Sex.com — the latter of which he sold for $12m in 2006.

The goal here was to build a set of websites that would connect different groups of people, whether that be house buyers or someone looking for love.

Kremen set up Electric Classifieds in 1993 to manage these different domains. He then looked for funding.

Match.com was the site he emphasised most during his sales pitch as he thought it was the flashiest and likely to have the widest appeal.

At this point, you may think that Kremen and his backers went from strength to strength, growing until their IPO date, at which point they all cashed in. You would be wrong.

Kremen, who by his own admission is not a good people person, was replaced within a year because of ongoing disagreements with the venture capitalists supporting the firm.

The buyer — Cendant — would go on to sell the company for $50m in 1999 to IAC, a major conglomerate that owns several internet businesses.

The two decades following IAC’s acquisition have seen Match.com evolve into the largest online dating company in the world.

Match.com itself now sits under the umbrella of Match Group, a holding company that owns 45 dating websites. That includes Tinder, Hinge, OkCupid and Plenty of Fish.

Much of that growth has come about in the past year. Shares in the company were trading at $85 prior to the pandemic.

But after the market crashed in February of last year, investors piled money into Match Group as people flocked to their platforms to alleviate their lockdown boredom.

By June, the company was reporting a 30% increase in messaging volume across its different platforms — heightening a trend that has seen the internet becoming the most popular means by which to meet a partner.

Prospective investors in Match Group will be looking at how much more room there is for the company to grow.

The signs here are positive. Since going public, the group has managed to continually increase earnings and looks set to generate a record level of revenue for 2020.

That was driven by new subscribers, the number of which Match reported had risen by 12%  in its most recent set of quarterly results.

Still, that doesn’t mean you should be plunging all your cash into Match Group. There are a couple of bad signs here too.

For one thing, most people know that the company has done well and have invested accordingly. That is why shares in the group have risen so much in the past year.

So even if it’s true that the firm has good prospects and has done well during the pandemic, is it really worth almost double the amount that it was before?

It wouldn’t be unreasonable to think that the current share price effectively prices in much of the future growth that the firm may experience. That could make buying now much riskier.

At the same time, there is the prospect of greater competition on the horizon. Bumble, another dating app, looks set to hold its IPO this year and reports indicate that it’s going to raise between $6-$8bn.

Bumble is not going to eat Match’s lunch overnight but the company could represent a stumbling block to growth, although the stats released so far seem to indicate that Bumble has been worse at converting regular users to paying customers. But that could change after the company gets a big injection of IPO cash.

The tussle between the two firms, however, points to a wider problem that dating companies seem to be facing now. The development of smartphone apps over the past decade has made it cheaper and easier to switch between providers.

Fickle users mean the dating market is hard to predict. For instance, Tinder, itself a relatively new company, now contributes two-thirds of Match’s paying customers. And it’s already being cannibalised by Hinge which nearly doubled its number of users last year.

Up until now, Match has countered this phenomenon by just buying up its potential rivals. The Hinge-Tinder rivalry, for example, isn’t such a problem given that it owns both firms.

But it now has a hefty debt pile of over $4bn sitting on its balance sheet, making more acquisitions tricky.

To be fair, shareholders will be pleased to see that the group manages to generate a 28% return on capital employed — a measure that tells you how much a company earns on the money it pumps back into its operations and acquisitions. And 28% is a decent level above the 8% average that exists for similar firms.

So none of this is to suggest that Match is going to be dead in the water. Only that its share price could be high relative to future growth and that it may struggle to expand because of the competition.

As always, you want to buy the facts and not the narrative. Otherwise you might end up feeling short-changed like Kremen.

Freetrade is on a mission to get everyone investing. Whether you’re just starting out or you are an experienced investor, you can buy and sell hundreds of REITs and SPACs commission-free through our investment app. You’ll also be able to invest in freshly launched IPOs.